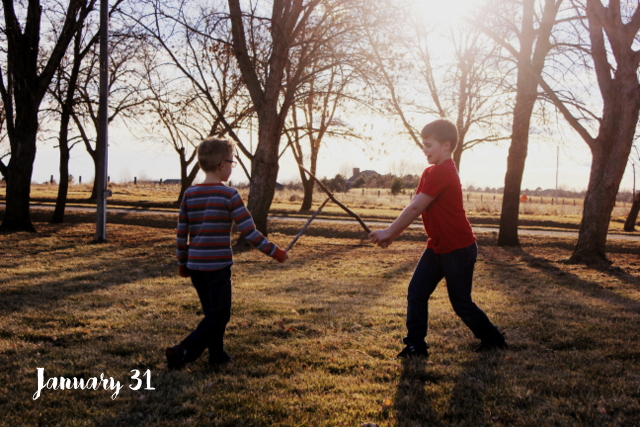 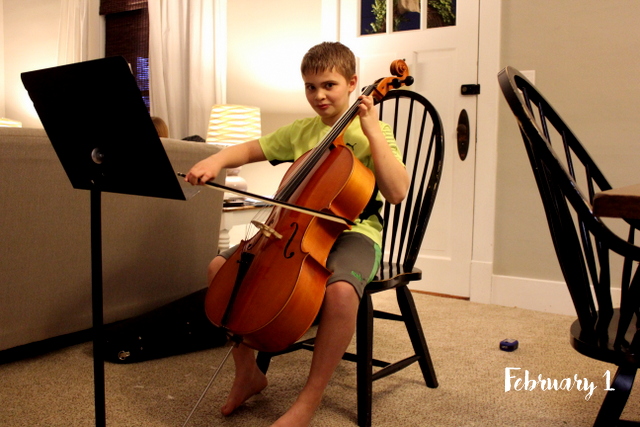 Snapped a pic of this guy and his cello.  It is harder to get pictures of the kids as they get older.  I don't want our family album to be all August, so I must resort to sneakiness. ;o)
~ 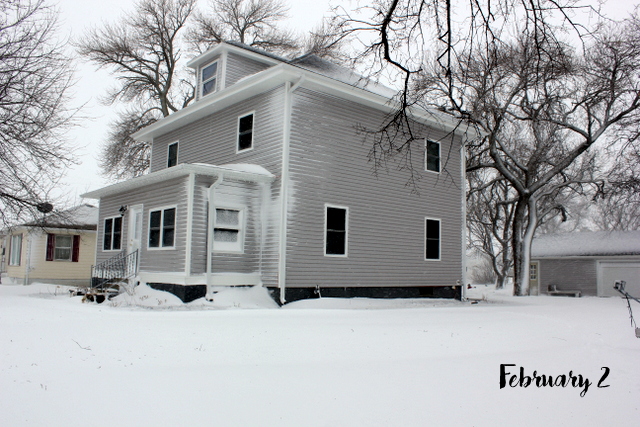 And the blizzard hits! We awoke to thunder and lightening and howling winds.  It was hard to see out any of the windows because they all had snow stuck in the screens. 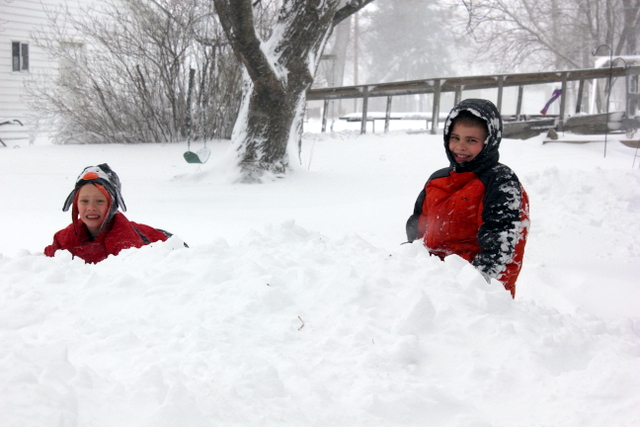 Two boys still managed to get out for a little bit and admire the huge drift in the backyard. 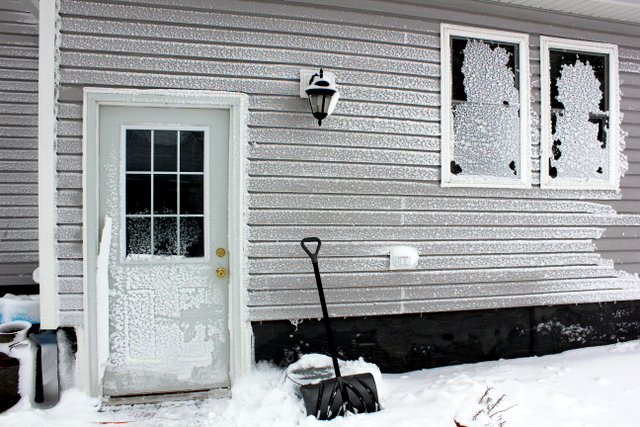 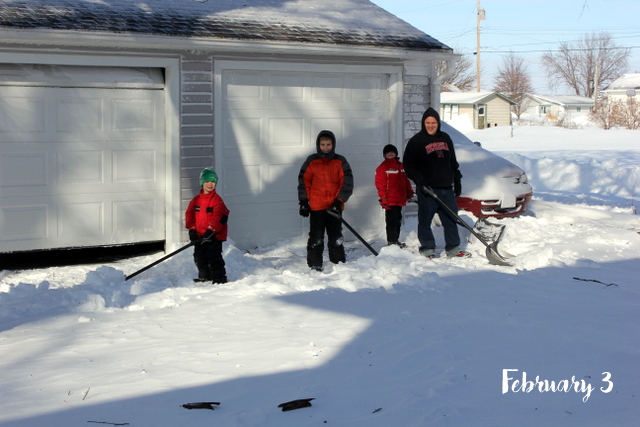 School was cancelled Tuesday and Wednesday.  Josh and the boys got to work digging us out.  Snow totals ended up in the 12 inch range, but the depth varied greatly throughout the yard due to wind and drifting. We were unable to head to Lincoln for our normal Wednesday activities. Josh had a late start on Thursday and was thrilled to see the roads in pretty good shape for the bus route.  The bus route this winter has been rather stressful.
~ 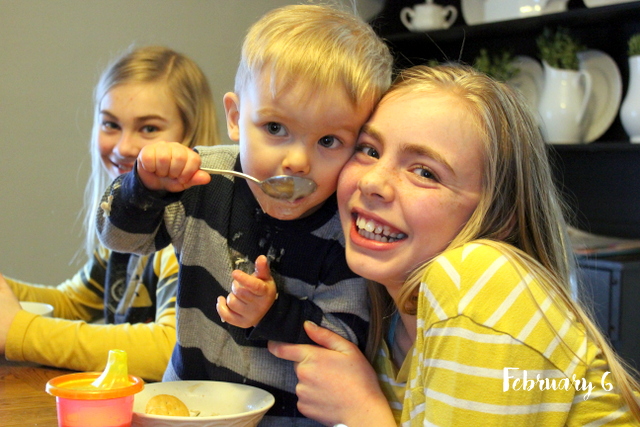 And winding up the week with some homemade chicken noodle soup.  August has been allowed to sit at the "big" table lately, and I think he has decided he is above a high chair. Oops.  My parents came out for the afternoon to conduct a "couch swap."  They gave us their old couch and took our old basement couch away to my dad's personal dumping spot.  It was a win/win for us all around. ;o)