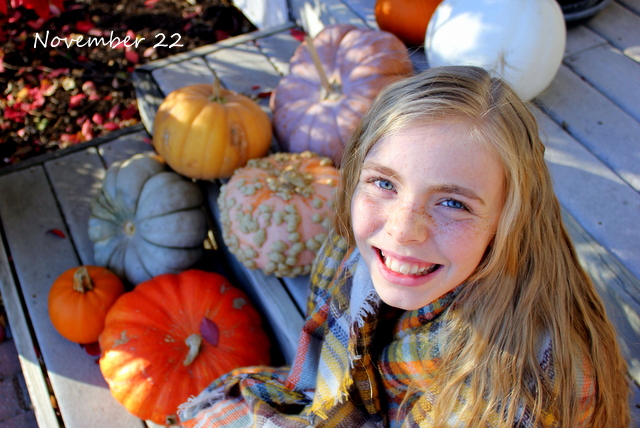 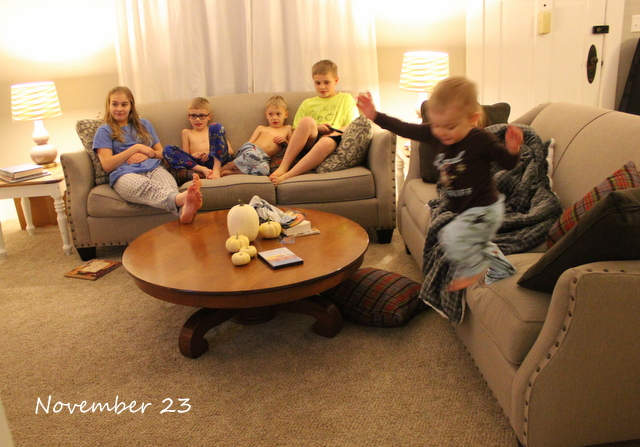 Watching a movie . . . capturing August's new trick--leaping off the couch.
~ 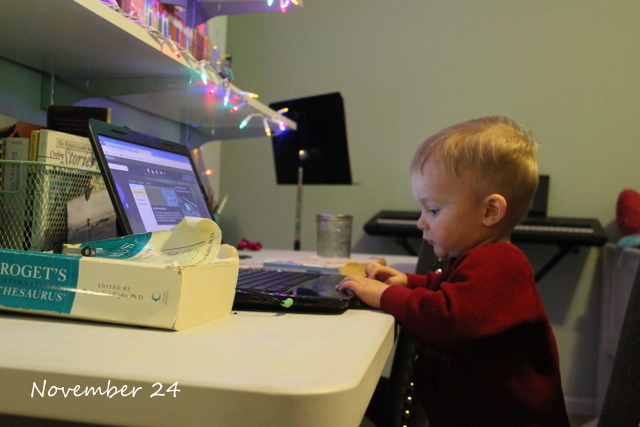 When not honing his stunt moves you can find him working on the next great American novel. We like our boys to be well-rounded. ;o)
~

Thanksgiving Day snow storm.  The ice began in the morning, followed by a few inches of snow.  We were set to host Thanksgiving, but thankfully, we were able to postpone it a day and all of the family was still able to come.  That afternoon I found my little Owen helper-boy out scooping--all his own doing (as you can see by his scrounging up a too-small winter coat and not bothering to zip it). ;o)
~ 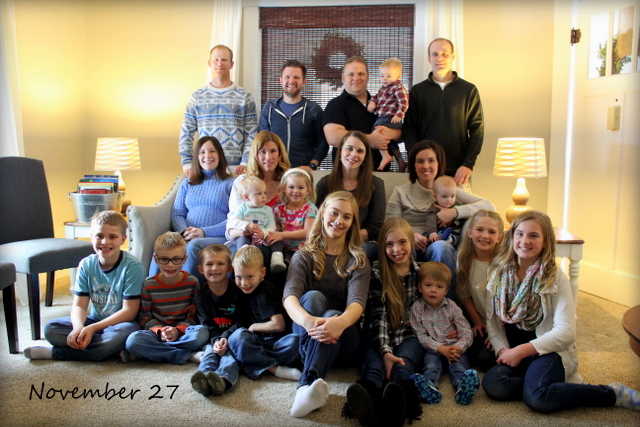 My side of the family.  These pictures are always quite a feat trying to manage to get everyone looking somewhat at the camera. ;o)
~ 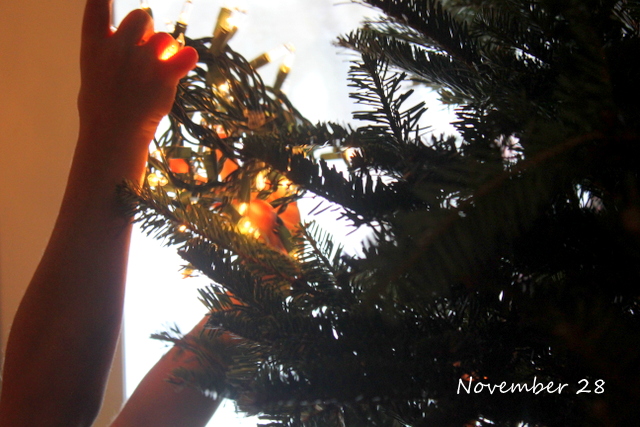 Out with the fall and in with the Christmas (photo by Bella--Owen's hands assisting with the lighting of the tree).
Posted by Janna at 7:08 AM 0 comments 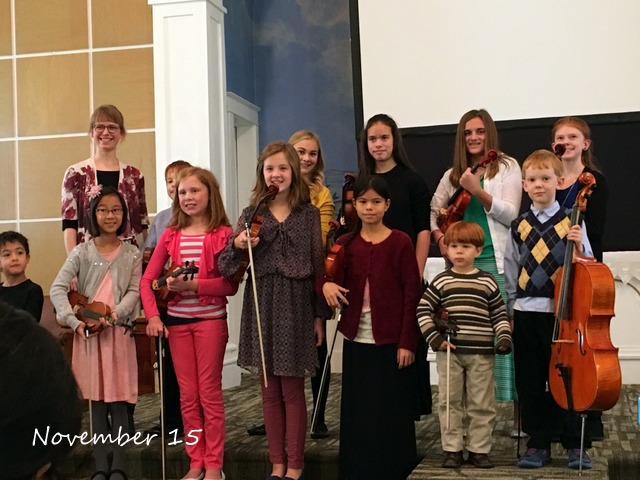 Sweet Marissa peeking around from the back row.  She played Corelli's La Folia accompanied by her poor nervous wreck of a mother. ;o)
~ 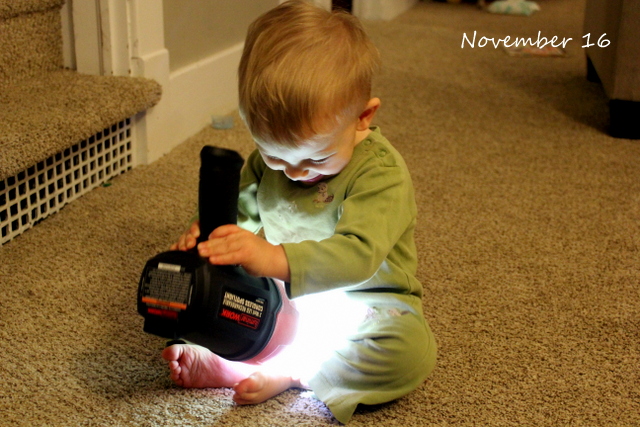 The joy of a flashlight all to yourself.
~ 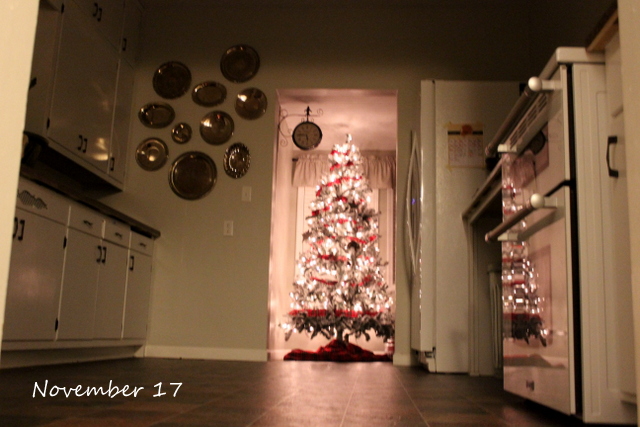 Last year we scored a flocked tree half off at Menards.  And I couldn't wait to put it up. ;o)
I love the glow from the back mudroom and how the kitchen doorway frames it.
~ 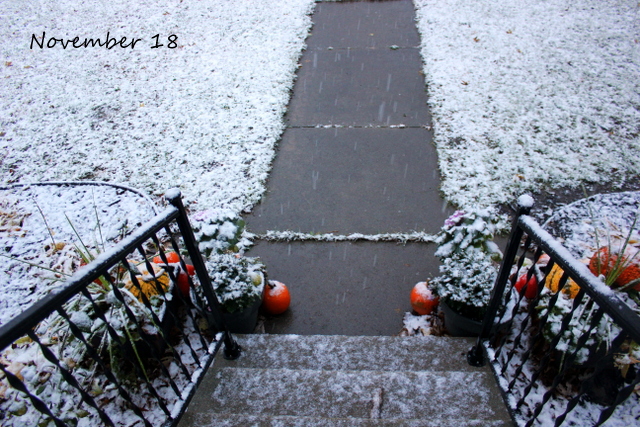 YAY! SNOW!! (So you can see, the early putting up of a tree was completely warranted).
~

Nudie cutie playing with his cars.
~ 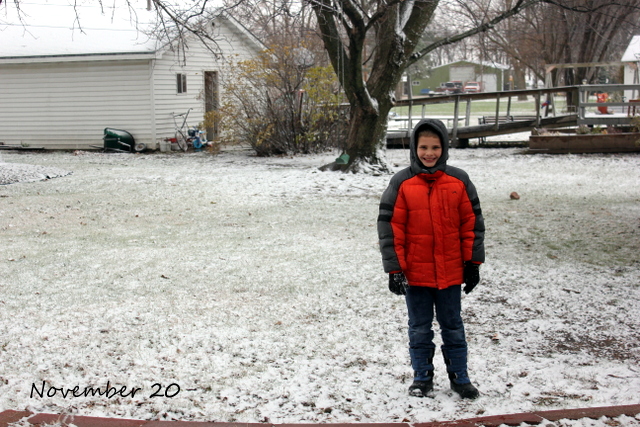 More snow!  Jackson went out for about an hour and just walked around the yard.
~ 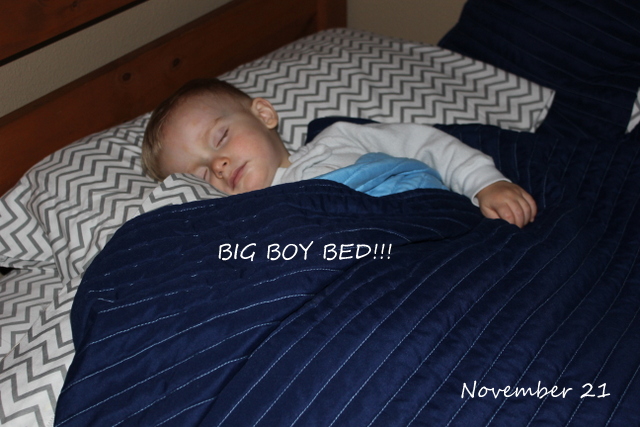 November was a month of transitions.
We officially cut out the last of his nursing sessions. (sniff, sniff)
We started attempting him in the boys' "bunk room."
It went pretty well the first night, but then Owen had a cold and loud cough, which kept disturbing August.  He went back to the crib mattress which is on the floor in the corner of our room. We're getting there . . .
Posted by Janna at 7:05 AM 1 comments 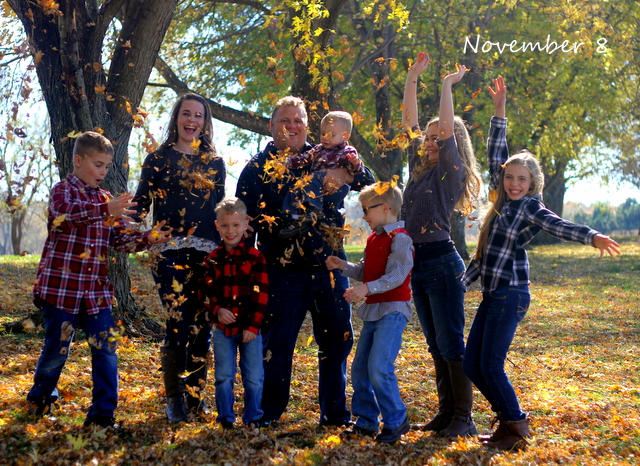 Had Grandpa help us do a quick little photo session for the Christmas cards.
~ 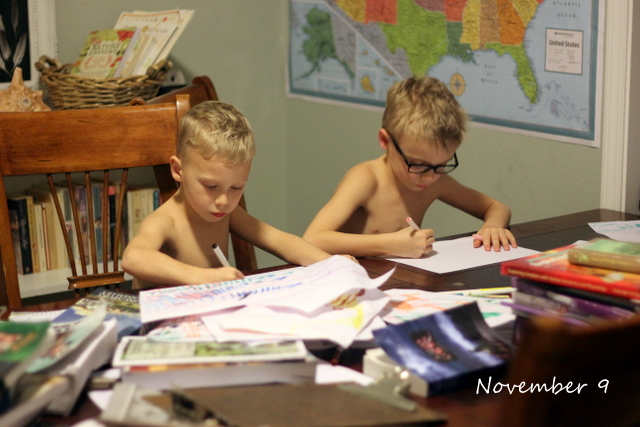 I just thought this adorable. ;o)
~ 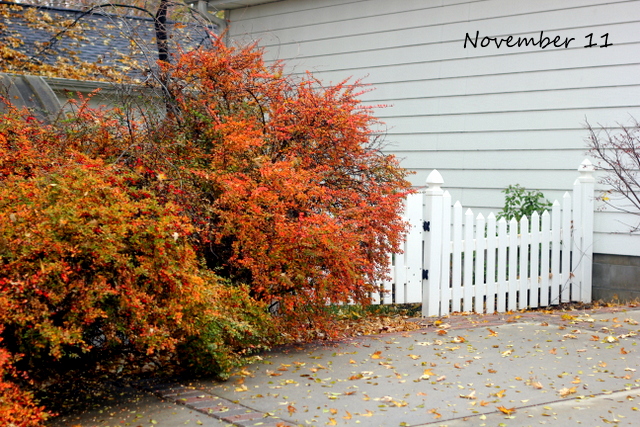 Fall still being glorious at my in-laws' even as we approach the middle of November.
~ 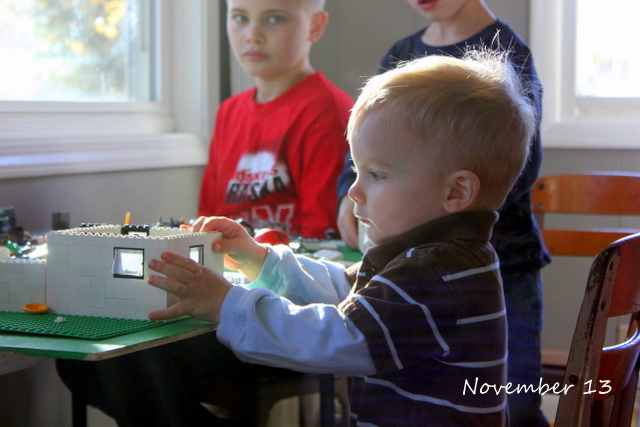 Pretending he is one of the boys.
~ 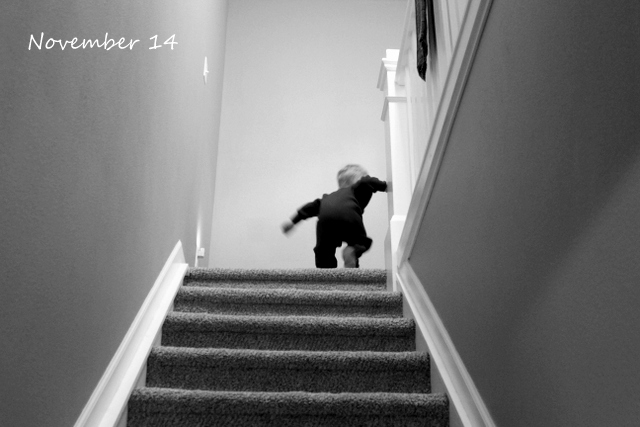 He walks up the stairs on his own . . .
And every day I find myself pleading "Let's go back to that crawl/slide thing you had going for you."
I am finding that Toddler August is a wee bit of risk taker.
Posted by Janna at 6:47 AM 0 comments 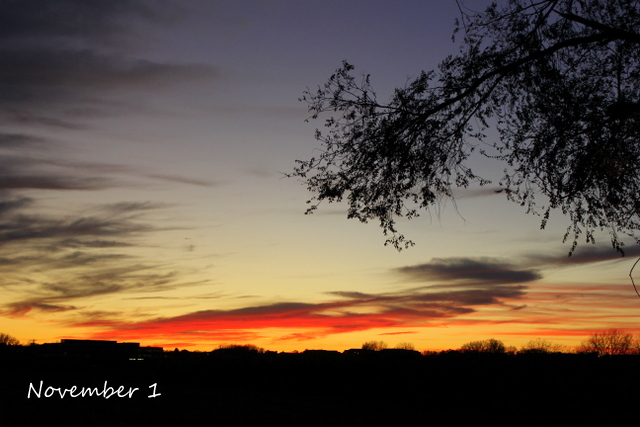 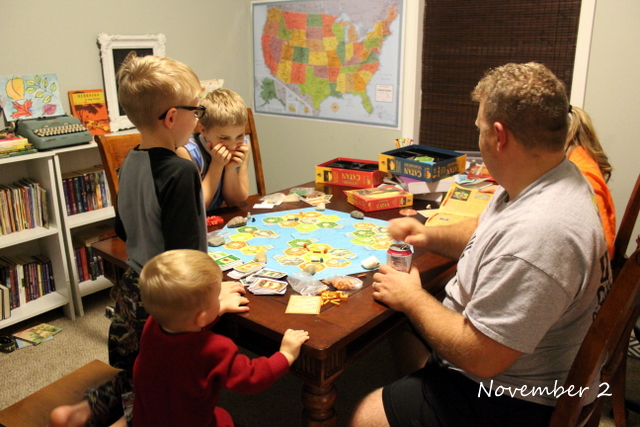 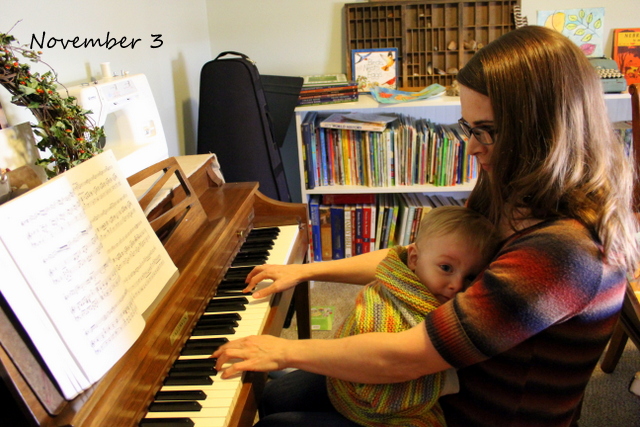 Why practicing to accompany Marissa in an upcoming recital is tricky.
~ 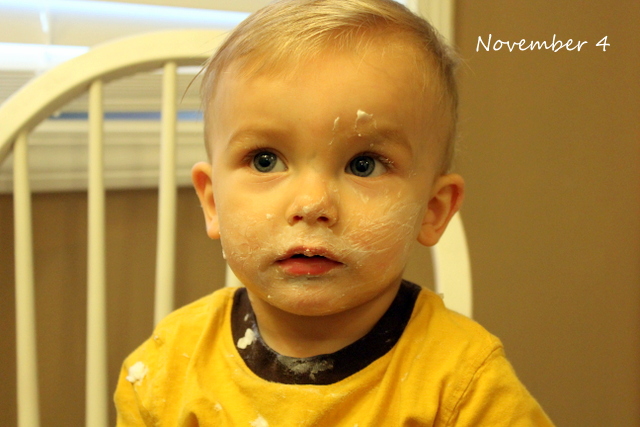 Smearing himself in hair paste.  I think he must have mistook it for my jar of moisturizer.
~ 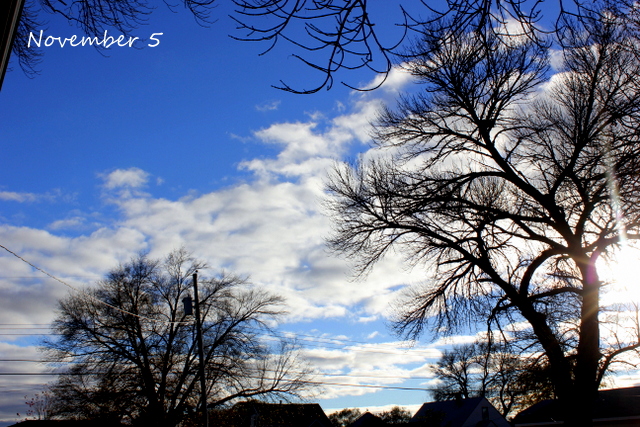 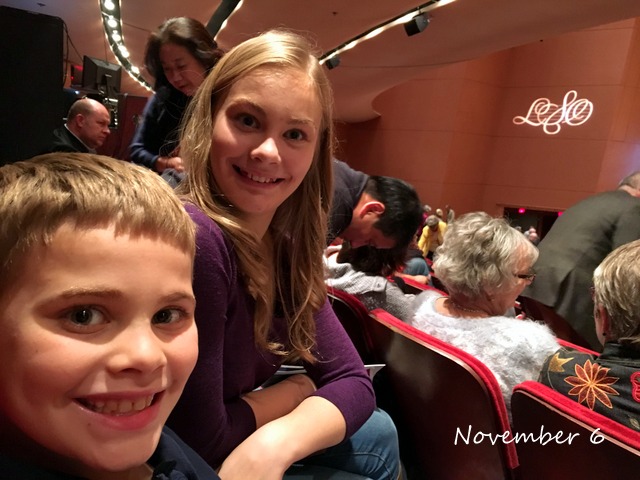 A night at the symphony with Marissa and Jackson.
~ 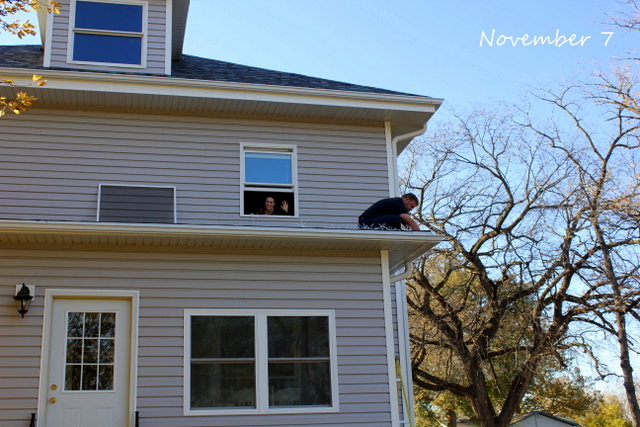 The Hanging of the Lights.
We had hoped to do both levels, but you know, that second level is rather high.  Maybe we will have a plan next year how to get them up there . . .
Posted by Janna at 6:42 AM 1 comments