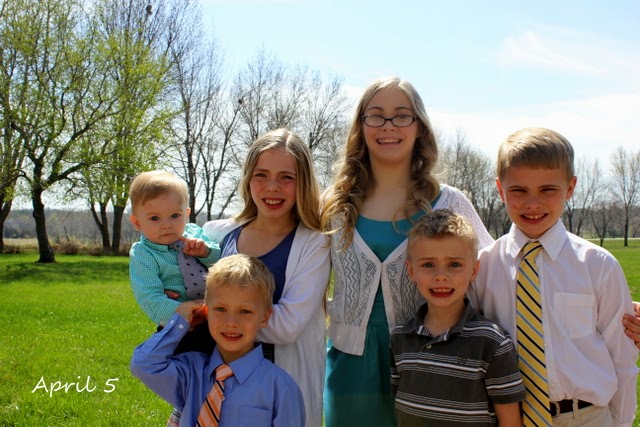 A quick little Easter picture of the kids. (Emmett was supposed to wear a button-down and tie as well, but apparently has a huge hatred of button-downs that I learned about that morning--it was not a hill to die on . . .). ;o)
~ 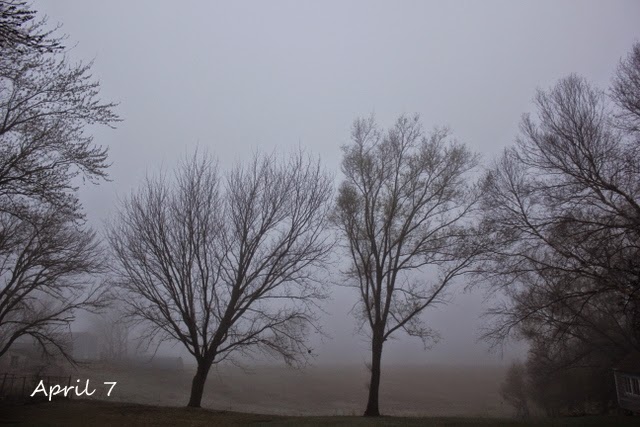 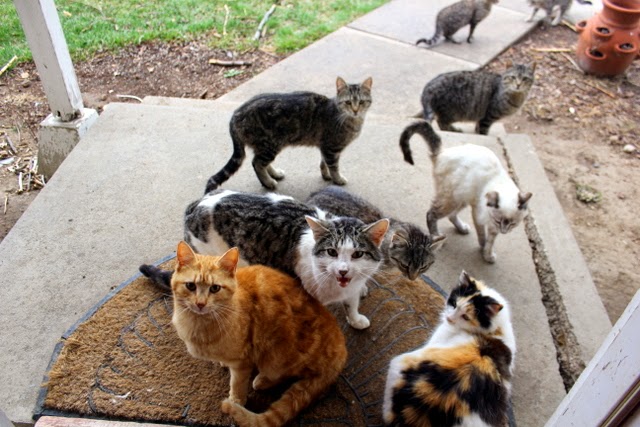 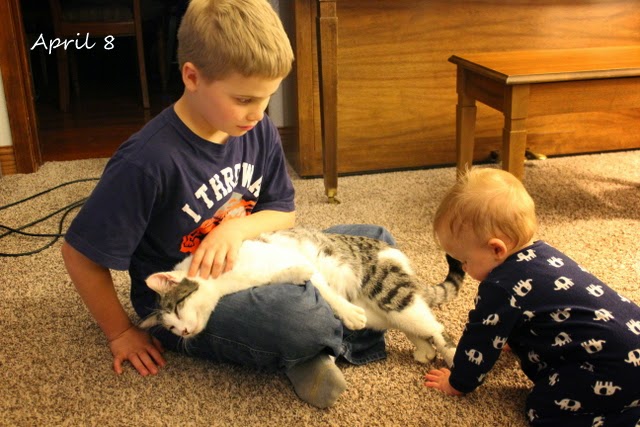 Sebastian brought in by Josh again for some extra love.  August is enthralled.
~ 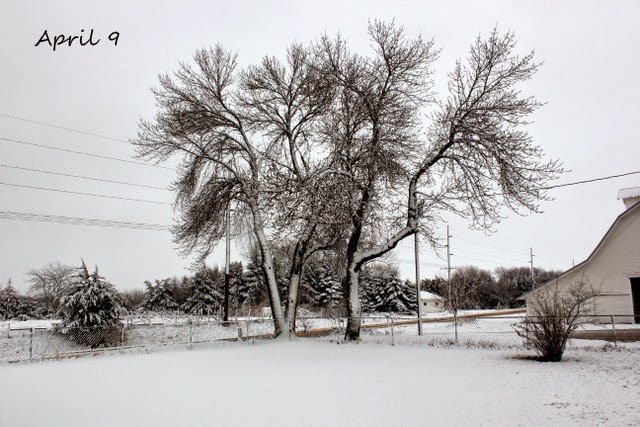 Crazy freak afternoon snow storm that was pretty much melted by evening!
~ 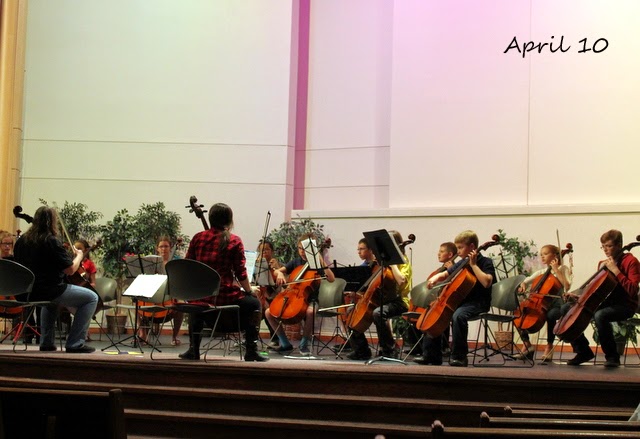 Jackson's group cello recital.  This was a nice low-key event since all pieces were played in a group setting.  I am happy to see how Jackson has grown over this last school year of lessons.
~ 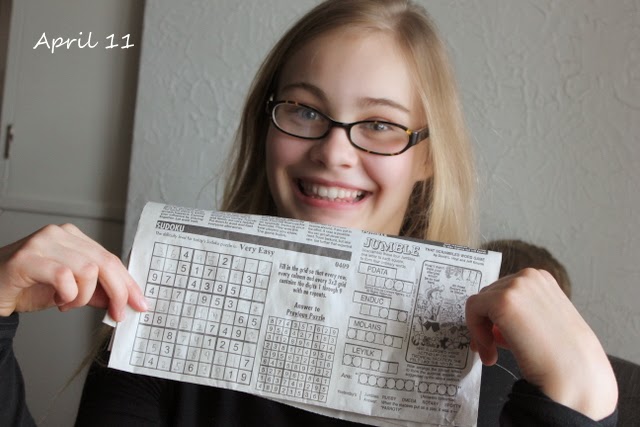 Josh introduced Marissa to the joy that is Soduku (?). ;o) She completed her first one.  Which she says was much more satisfying than the crossword puzzles (she has never completed one of those).