For the record I must state that Josh and I are not huge fans of sporting events that take place on Sunday.  However, the fact being that Shelby was hosting this kids wrestling meet and it would be a good idea for the Shelby wrestling coach to show up, we signed our boys up to participate as well. ;o) This is Emmett getting a "double leg take down." It was fun to watch Emmett and Owen wrestle.  Not so fun to watch Jackson . . . The poor guy found himself stuck on his back almost every match.  But I have this to say: If you remember my little toddler Jackson, and my little preschool Jackson, well, he was a rather strong-willed kid.  Even still we butt heads.  As I watched him out on the mat not giving up even though he was stuck, but fighting it out AND keeping a good attitude in spite of losing three matches (and not losing his cool!) I realized how much he has grown up.  And that stubbornness--when channeled correctly--can really be a huge strength.  So he lost, but he lost well, and he made me really proud to be his mom.
~ 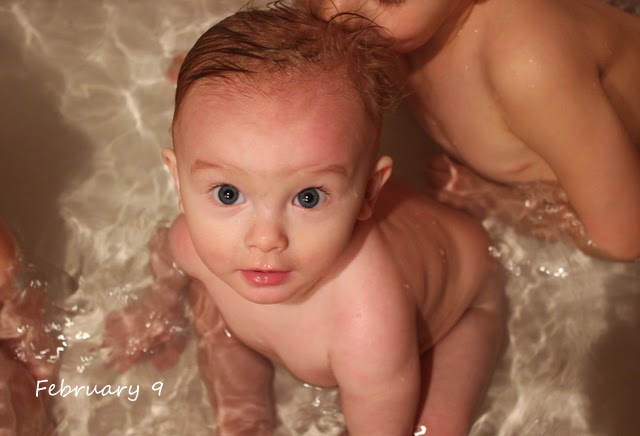 The kids and I spent a few nights at my in-laws to allow for Marissa to participate in a play for the church's brunch break.  So, you get a pic of my baby in the bath. ;o)
~ 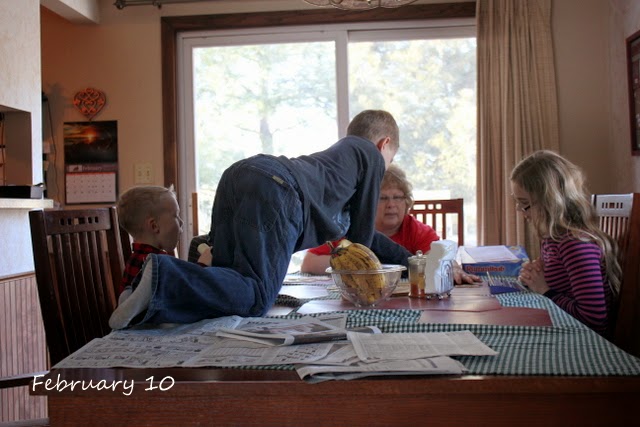 We visited my parents on Tuesday afternoon.  After learning my kids enjoyed Rummikub as much as she did, my mom pulled it out for a rousing game.  Here Jackson makes his move (literally). ;o)
~ 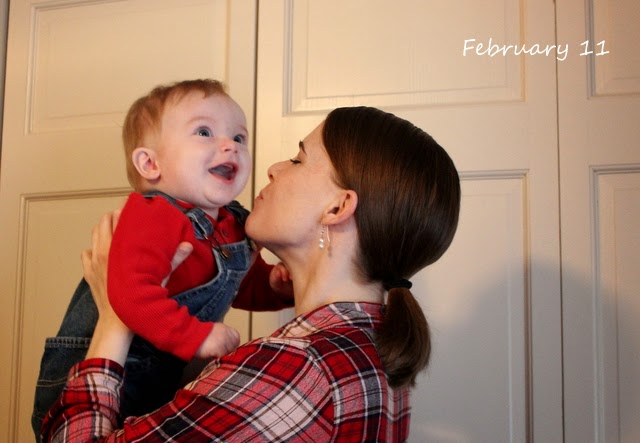 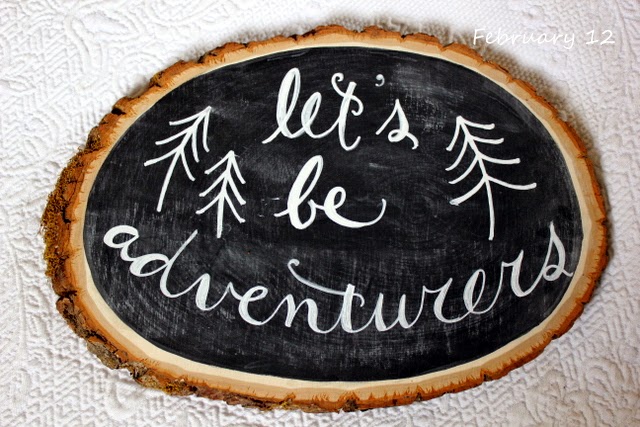 I have plans cooking in my head for a "great outdoors" kind of themed room for my two youngest boys.  I have begun a bit of crafting, I bit of collecting . . . It feels good to fit a little bit of creating into my day. (Wood round, chalkboard paint, chalk marker all can be found at Hobby Lobby . . . which is now only 15 minutes from my house--WOOHOO!!).
~ 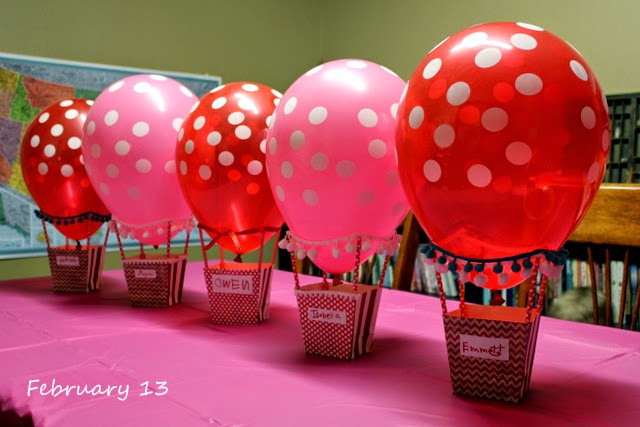 We crafted up some hot air balloon Valentine boxes.  I tossed a bit of candy into the basket.  We were all happy with the outcome. ;o)
~ 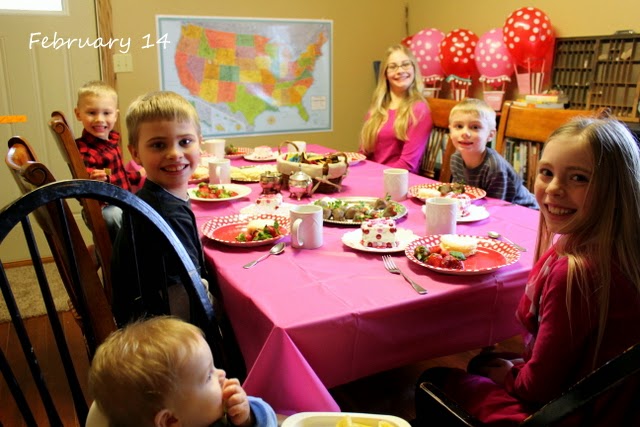 And while Daddy was away at wrestling districts we had ourselves a Valentine tea with all sorts of goodies.  I think that because of wrestling I will never again have a Valentine's Day with the hubby, but I have a whole bunch of other little Valentines to hang out with and love on. We had a fun day.

You need to sell your adorable wood signs!! I will be your first customer. *SO* cute! You have such an artsy touch with your chalkboard skills. When I get out the chalk, mine end up looking like a 4 year did it. :(

Love your Valentine party and your outlook on loving those around you on the day. It's all in our attitude, isn't it? ;) Hopefully you will get a nice belated Valentine day after wrestling is done.

Hooray for your cute lil wrestlers! (and good for Jackson!) :) We love Rummikub also...and I'm loving the shot of your bathing babe, and that *awesome* wood craft--how inspiring! :)