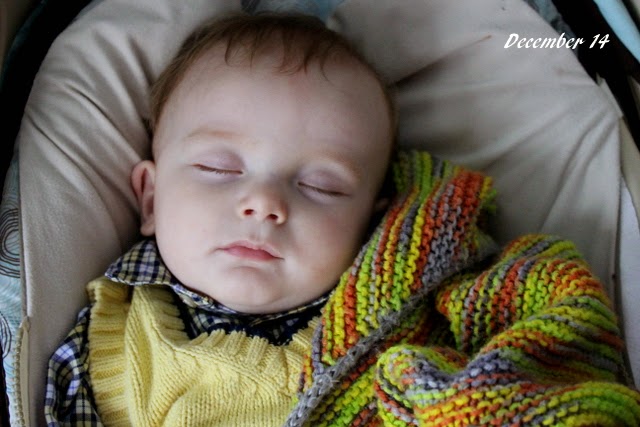 August took an awesome Sunday afternoon nap in his carseat at Grandpa and Grandma's house. I had to pause several times to admire how precious he is. ;o)
~ 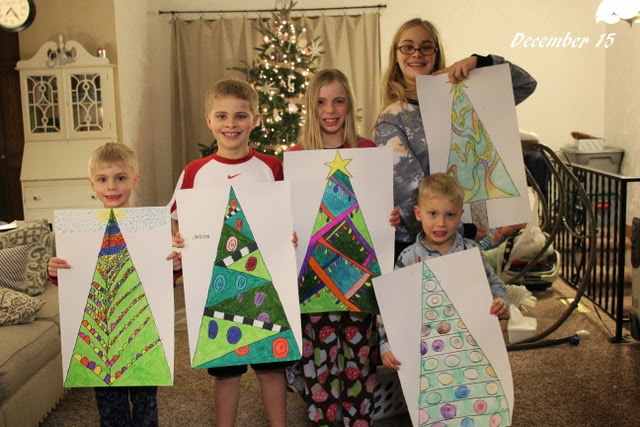 We made these fun little Christmas tree pictures--some of them painted, some of them colored with markers.  Projects have been kind of low-key this year, but we are still having a good time.
~ 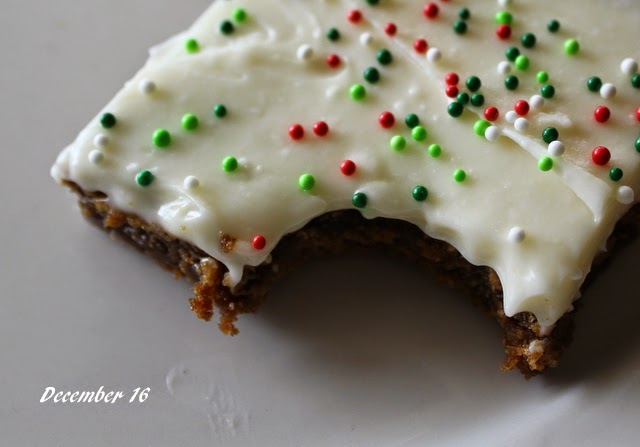 Tried out a new recipe for gingerbread cookie bars--they are good!! I halved the cream cheese frosting amount and it still amply covered them.  They would probably be tasty with no frosting as well (recipe found on my "Christmas Baking" Pinterest board).
~ 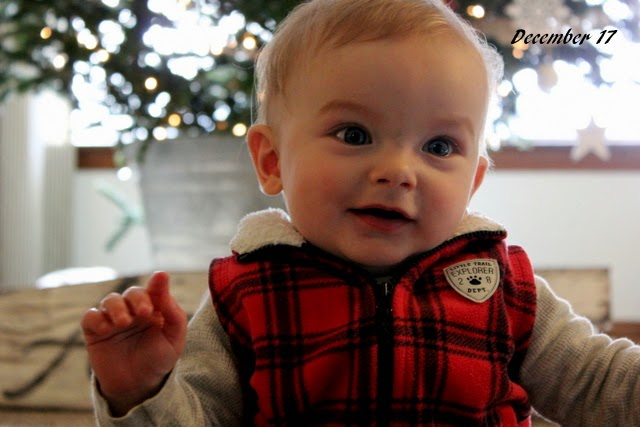 My baby turns 7 months!
Big news this month--He crawls!! It began December 6th officially, and now, well, he is EVERYWHERE!
He also will eat anything that gets in his path.
Still no teeth . . .
~ 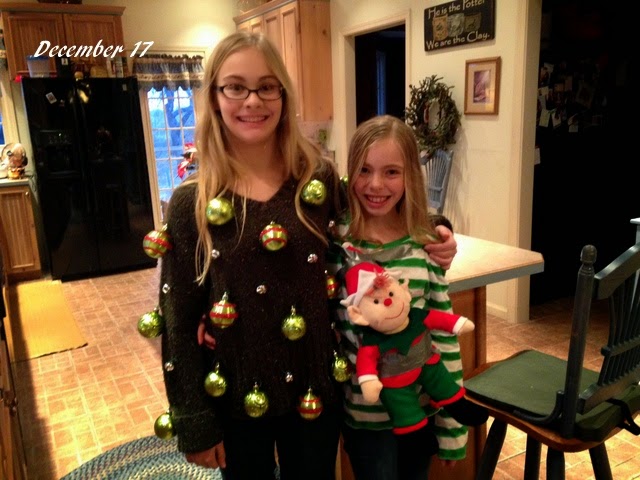 And another December 17th freebie for you:  The girls' most awesome "Ugly Christmas Sweaters."
Marissa is modeling a dark green sweater with variegated yarns and oodles of (shatter-proof!) Christmas balls and jingle bells wired to it.
Isabella has an elf duct-taped to her shirt. ;o)
We would like to thank Goodwill for inspiring the creativity and providing us with the resources we needed.
~ 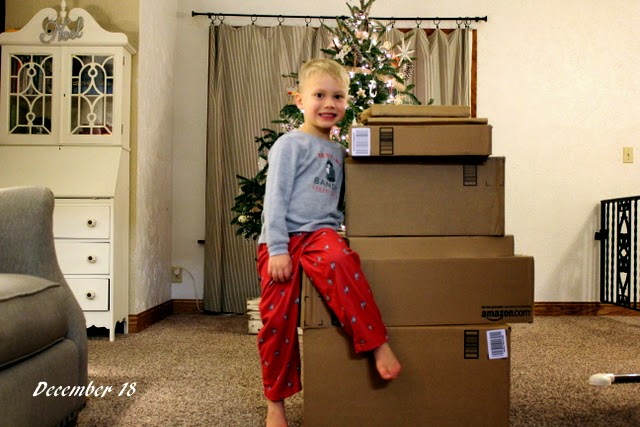 Why come December, the UPS and Fedex deliverers are my BFFs. ;o)
~
No picture for the 19th (but I made up for it by giving you two 17ths, right?)
~ 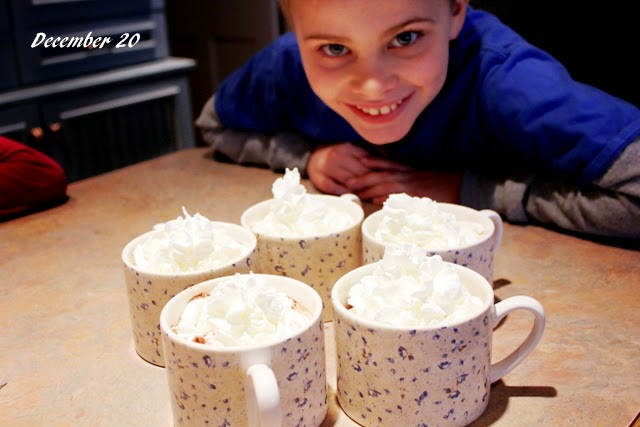 We spent the whole weekend at Grandpa/Grandma Cooley's just because life had gotten too busy for the back and forth.  We made some homemade cocoa for some Saturday afternoon fun.
Posted by Janna at 9:01 AM