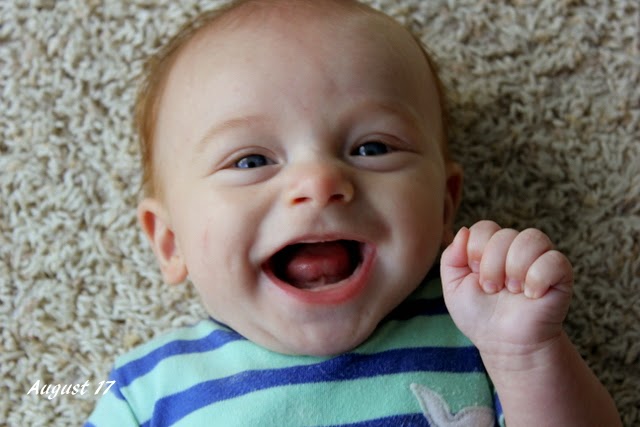 A happy three months to my little August guy!
Three months finds him weighing in the vicinity of 12 lbs, super happy and squealy, *almost* giggling and *almost* officially ticklish. He is reaching for things and trying to grab and get them in his mouth (particularly blankets) and he is a very good sleeper, often sleeping until around 5:00 in the morning.  It is funny to think how a year ago, unbeknownst to us, God was getting ready to start assembling this little guy.  And how one year later we cannot imagine life without this sweet little soul.  What an absolute joy he is!
~ 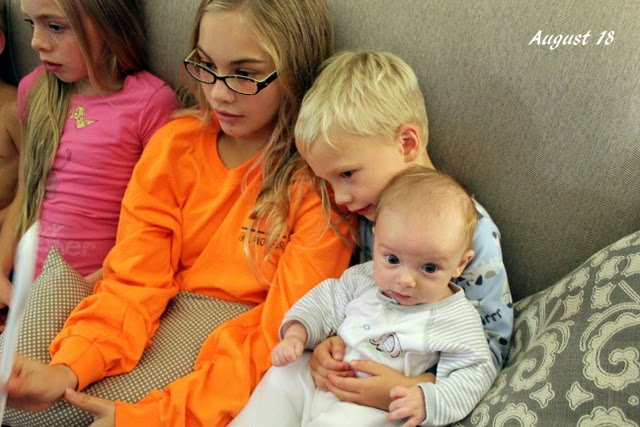 Family movie nights . . . we have been working our way through all of the Star Wars this month.  August finds it thrilling . . .
~ 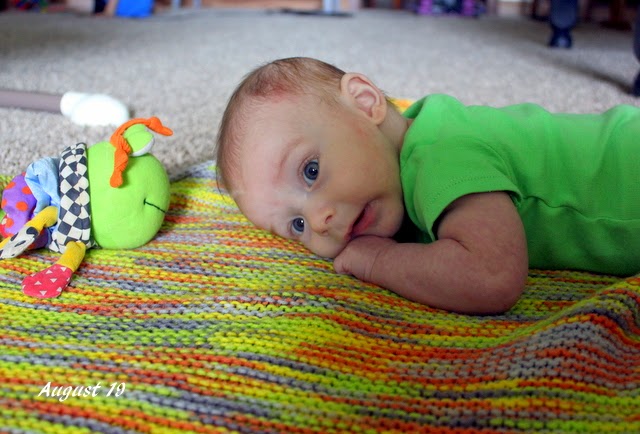 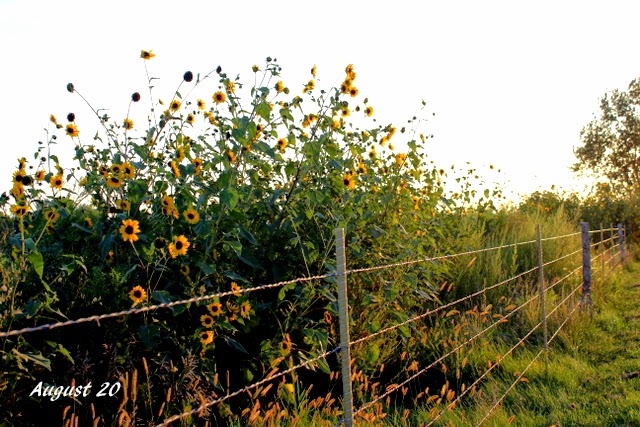 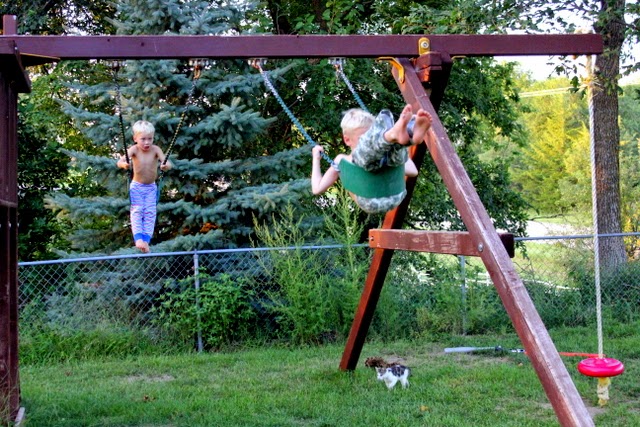 The same evening light (because I forgot a picture for this day) on two bare-chested pajama clad boys out back swinging.  Confession: due to the lack of swing set in our yard over the last five or six years NONE of my boys knew how to pump a swing.*gasp*  We did visit parks, but they didn't ever really care to work at this skill.  But now they all can do it with flourish and finesse.  Something I have been thinking a lot about lately--whether your child is on the early end or the late end of acquiring a skill it all does even out eventually (and yet sometimes we worry, force something, or generally wring our hands over development or lack thereof). I think mostly us moms just need to chill. ;o)
~ 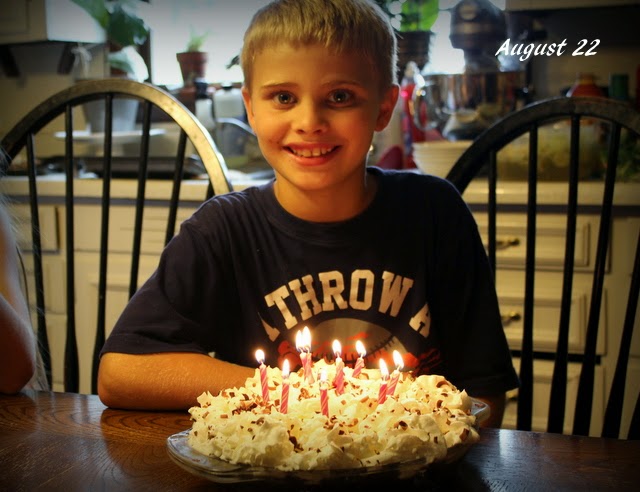 The grandparents arrived to help us celebrate Jackson's birthday (a day early).  He requested an Italian buffet and so I crafted three homemade pizzas (pepperoni, "supreme," and bbq chicken).  His birthday "cake" was a double chocolate creme pie.  Love how this boy loves a good meal! ;o)
~ 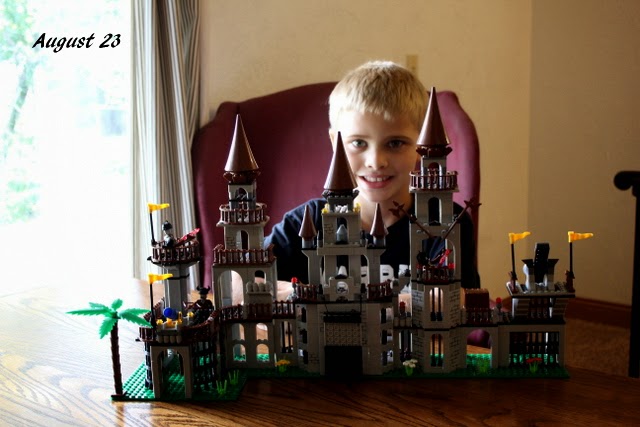 This was Jackson's birthday gift from all his grandparents.  He started it immediately, after opening it Friday evening.  We forced him to bed and then he awoke the next morning and finished it up.  It is actually a "knock-off" Lego brand, but Jackson said it went together great.  Happy birthday to him. ;o)
Posted by Janna at 9:27 AM

What a great post. Yes! Moms need to CHILL!

If ever a photo could bring a huge smile to our faces ... this is it! Little August has an infectious smile.

Evan is experiencing a little Lego envy after seeing this picture of Jackson and his masterpiece! Way to go on putting that all together, Jackson---hope you had a great birthday!

Love (!!!) that wide open smile from you sweet lil man and the representation he is of *God's* perfect plan!