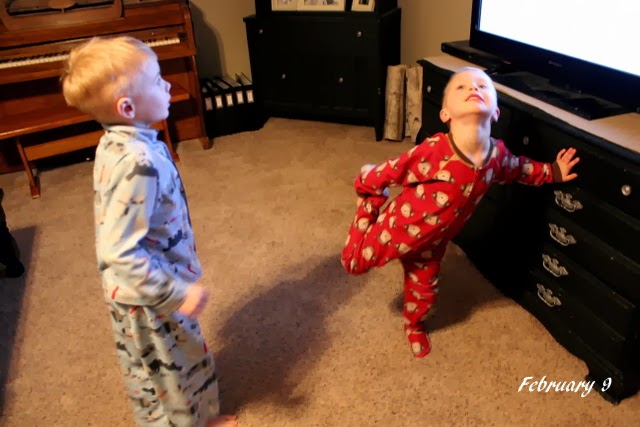 The boys showing me their figure skating moves while getting into the Olympics.  The kids' ears all perked up when the little Russian skater skated to the theme from "Schindler's List."  Marissa has been working on that and I LOVE when even my littlest people can recognize something classical--at least I know I have imparted a wee bit of culture into them. ;o)
~ 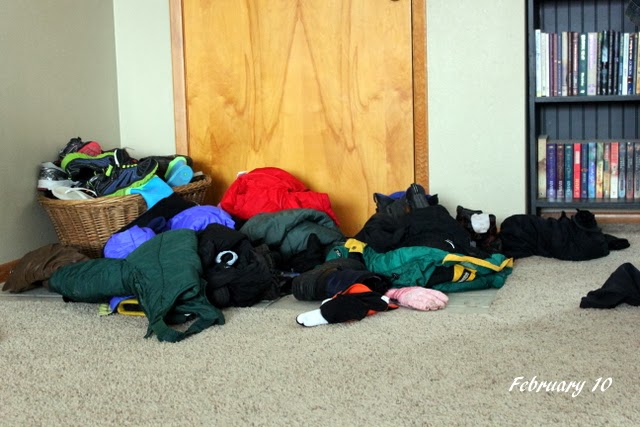 DAILY snow gear piles by my front door.  I decided I will not feel bad about my lack of exercise this pregnancy because helping five children in and out of snow gear should probably be an Olympic event in and of itself!
~ 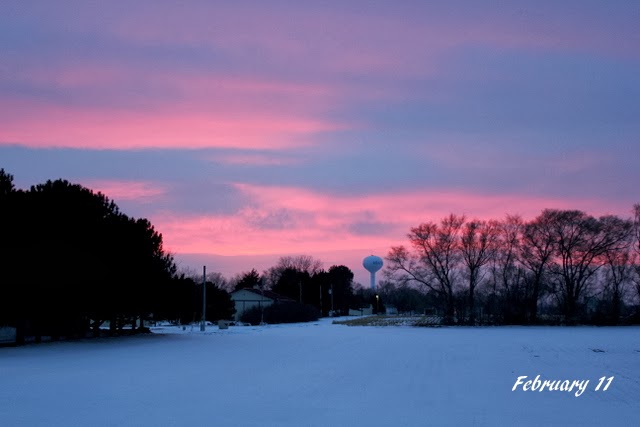 Sun going down on a snowy world.
~ 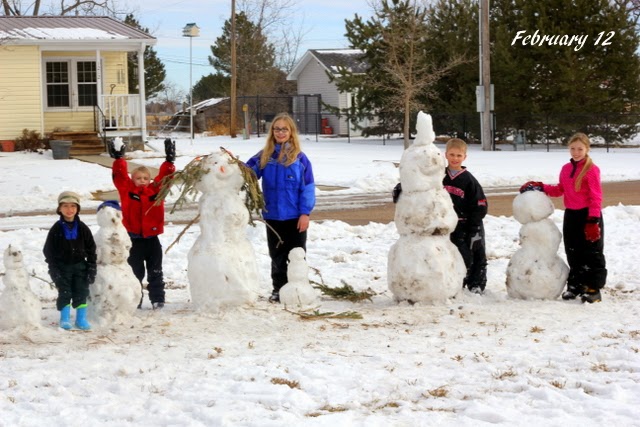 Josh came home at lunch and told the kids it was the perfect day for snowmen and they got right on it, attempting to create our whole family in snow form.  They didn't finish on this day, and by the next so much snow was gone that they couldn't accomplish their original goal.  It melted so fast!  The snowmen had vanished by Saturday!
~ 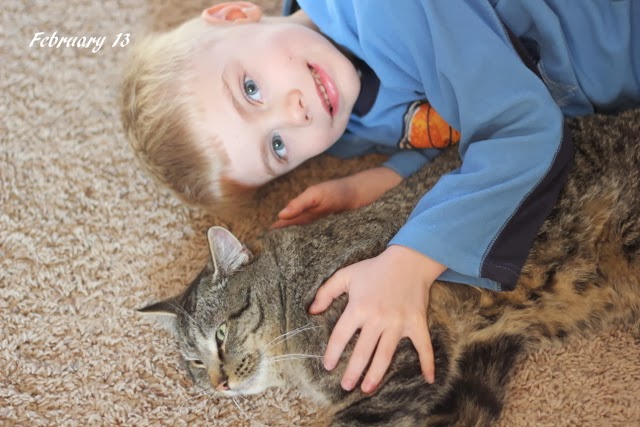 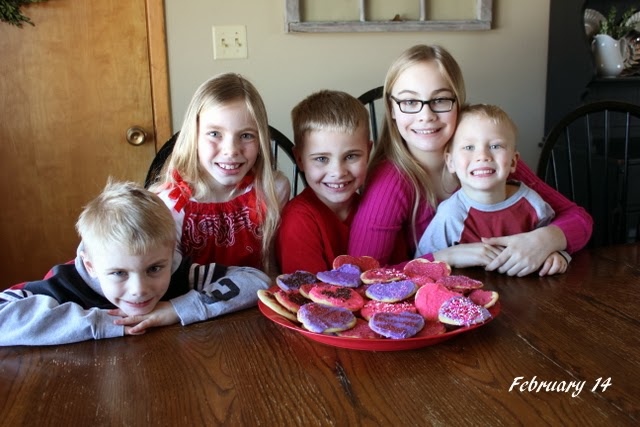 Josh had wrestling districts Friday and Saturday so he missed all our Valentine's activities, but we made cookies, and had a pizza party for supper and a movie night.  The highlight for the kid was the 9 layer jello jigglers . . . apparently I've never made those before?  It sparked much conversation on how it could be swallowed without being chewed and how brilliant it would be to have a city made of jello in an earthquake prone area . . . 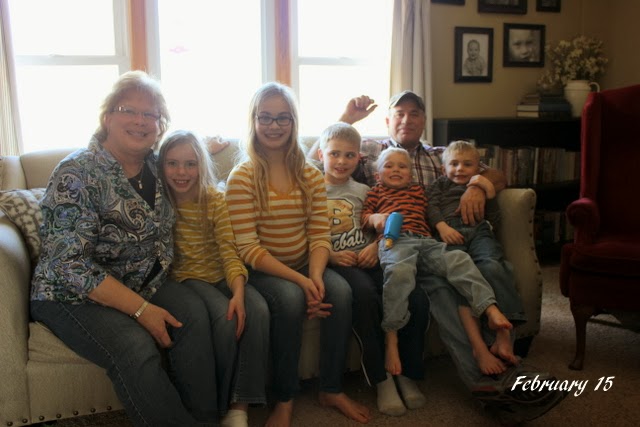 And yay visitors!  My mom and dad usually try to come out during state wrestling because they know it is a long weekend for me, however, since they wouldn't be able to make it next weekend, they came during district wrestling instead. ;o) We enjoyed getting to visit with them and had nice weather for a walk down the gravel (during which I discovered that in spite of my snow gear sessions I am woefully out of shape . . .).  But it looks there should be a good deal of nice weather in our future--perhaps I will make an effort to make a few circles around the track each day (s.l.o.w.l.y.).  I realize 34 years of age isn't exactly an old and decrepit age to have a baby, but it is when you have already done it five times.  I FEEL quite old and decrepit. ;o)
Posted by Janna at 1:54 PM

Hmmmm....it would appear Oscar is doing his best to become an indoor feline?

The winter clothing pile really exhausts me!! I'm so sorry for you. That *totally* counts as a workout!

Well, I DEFINITELY agree about the snow gear sessions equaling an Olympic sport...and if it makes you feel better, I was old/decrepit at #3...

One of our orchestra brass friends (Doug) was asking me the other day if you ever stopped having babies...and I had to tell him your story. Praying for you, Dear! :) Sending hugs your way~