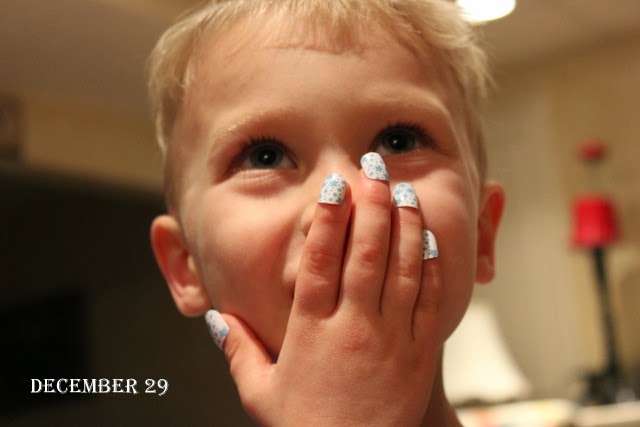 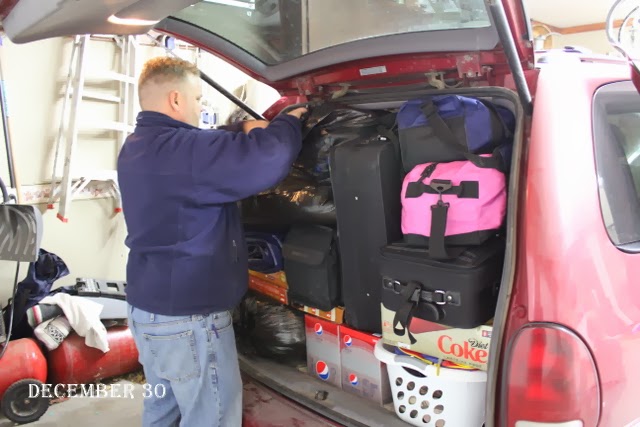 The time when all those hours wasted playing Tetris actually proves beneficial. ;o)
We arrived in Lincoln the afternoon of the 22nd and returned home the evening of the 30th.  That day would be the last we got to see Dan.  He was very alert that day and we asked him if he wanted all the kids to come see him and he did.  We all got to tell him we loved him.  Leaving his hospital room that day, walking that long hallway was so hard, not knowing if there would be one more time.
~ 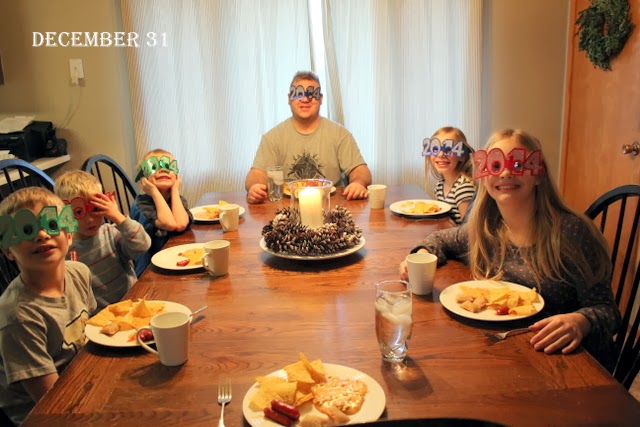 And once home we tried to have some normalcy.  We played a lot of Legos and took down some Christmas decor.  We rang in the new year with our traditional "junk food feast" and Josh and the older kids finished up the the last  Lord of the Rings movie and celebrated reaching midnight together.  I went to bed around 10 pm. ;o)
~ 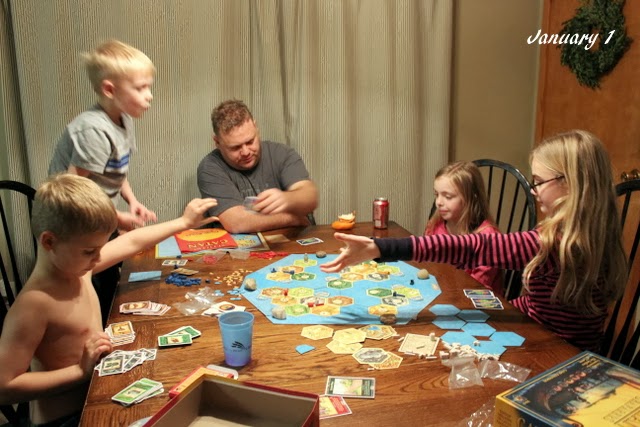 There was a lot of playing "Settlers of Catan" as Josh continued to win every game.  The kids almost had him on this one as they all ganged up on him together blocking his every move. AND YET he still managed to declare a victory.  One of these days . . .
~ 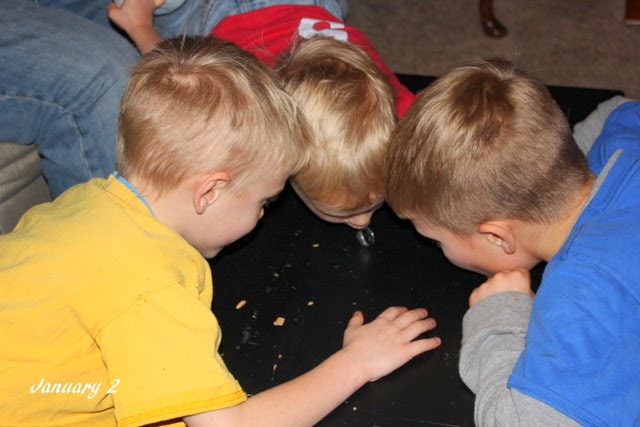 The game where the boys take Josh's wedding band and spin it on the table and blow on it to see how long they can keep it going.  And yes, that would be missing paint from my coffee table from boys who used it for matchbox car wars.
~ 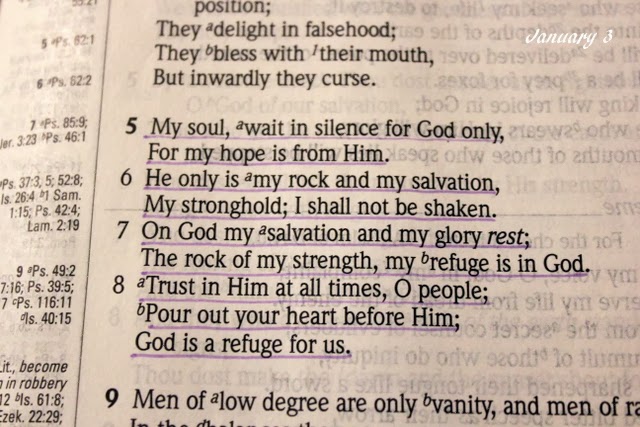 Josh had a teacher work day and Dan took a turn for the worse.  He got home from school and we threw his stuff in a bag in hopes he could make it back to see Dan once more and be with his parents.  My friend Brooke had sent me this verse in the very beginning, back in December, and it is where I have camped these last weeks, Psalm 62.
~ 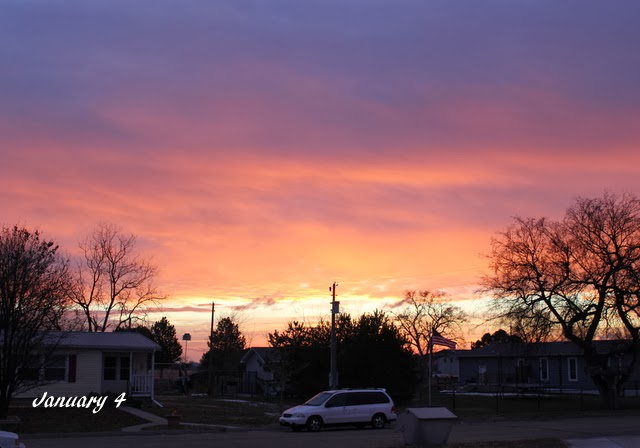 We lost Dan at 2:26, the morning of January 4th.
I woke up after some fitful sleep at 2:47 and called Josh, and then I just couldn't sleep the rest of the night.  I sat quietly, alone on my couch watching the sunrise, thinking of that quote "God's in His heaven, all's right with the world." Even though there is this weight of unbearable sadness, we know God is sovereign over all of it--that God had known and numbered Dan's days before there was even one. I told the kids when they woke up.  It is one thing as an adult to deal with your own grief, but as a parent of little people that grief becomes compounded as you try to help your kids understand as well.  My heart carries their grief too. Even though we had several weeks to prepare ourselves for the worst, when the worst comes there really is no way to be ready for it. Our days have been slow and gentle.  We have watched too much tv and played too much Wii.  Some of us haven't managed to get out of our jammies.  The school break that was supposed to be two weeks and then grew to three has now become four.  And I'm okay with that.
~
Thank you to all of you who have prayed, who have sent encouraging emails, texts, or comments on facebook.  I've read every one.  The weekend was lonely with Josh in Lincoln and the kids and I in Arapahoe, and all of your words meant so much.

Amidst the tears and sadness, there is still life and love and family--as evidenced by these pictures filled with the beauty and wonder of everyday living. So very, very thankful you have the Lord--for He alone knows how to comfort you during this time. Many prayers and hugs for you all.....and I hope to be sending out a cheer one day, too when it is reported that "the littles" have defeated the Catan King. :)

Every life God designs is so precious, and each day a gift. We have prayed so often for the whole family and my heart is heavy for all of you. ((many hugs))

have been praying and will continue to pray for your family. hugs!

Love you, dear friend! Beautiful verse, and words, and the quote of the Lord's sovereign plan. I've been praying for the Lord's blessing you all in the midst of such a sad trial. And 'amen' to Kathy's words--my biggest comfort is that you have the Lord's comfort through this. Hugs to you all~