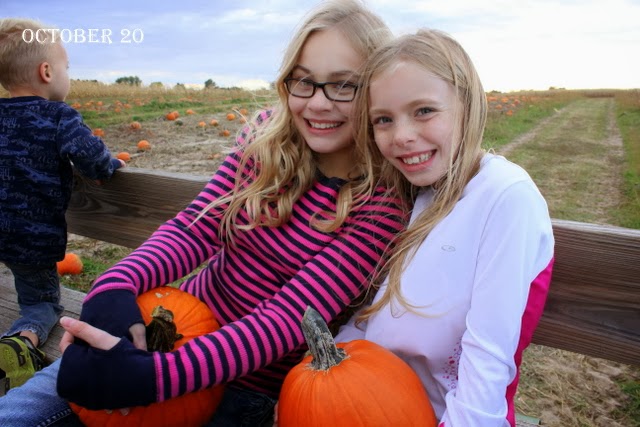 A favorite picture of my girlies from the pumpkin patch.
~ 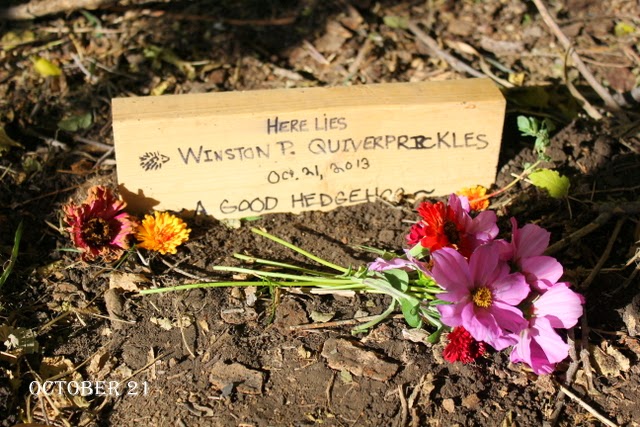 Sunday evening a very teary Bella told us she didn't think our hedgehog was doing too well--he was refusing to eat and breathing funny.  And she was right, he died during the night.  Monday afternoon we gave our prickly little friend a funeral and buried him in the trees.  Bella had the hardest time with it, but she has a really tender, squooshy heart--I think that first day was the worst.
~ 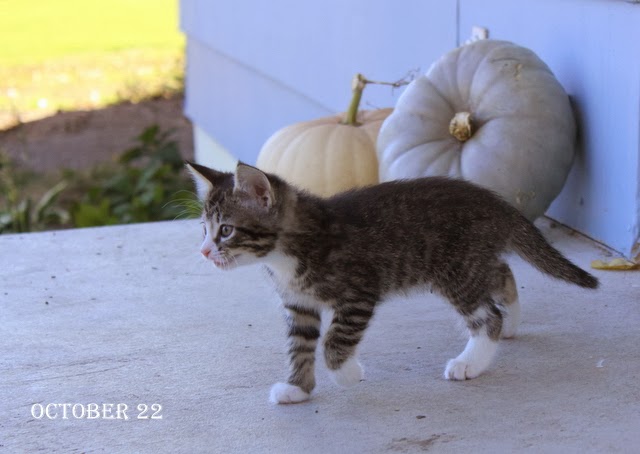 Isabella took my camera out to photograph cats, so I took the day off from taking pictures. ;o)
~ 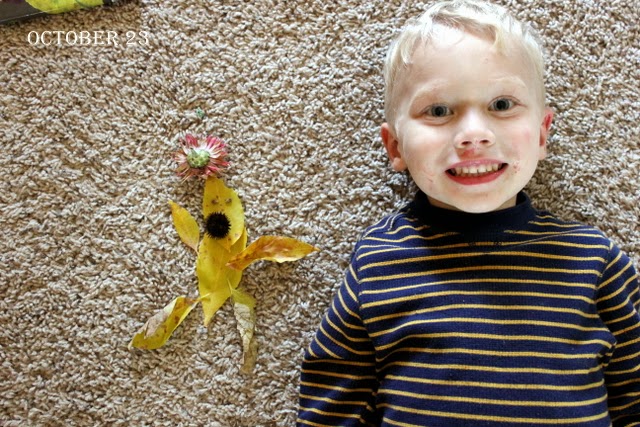 After reading Lois Ehlert's "Leaf Man" to Owen he has been waiting for some leaves to make his own.  And FINALLY they're falling, so he raced in with his treasures to assemble a little friend, complete with zinnia hair.
~ 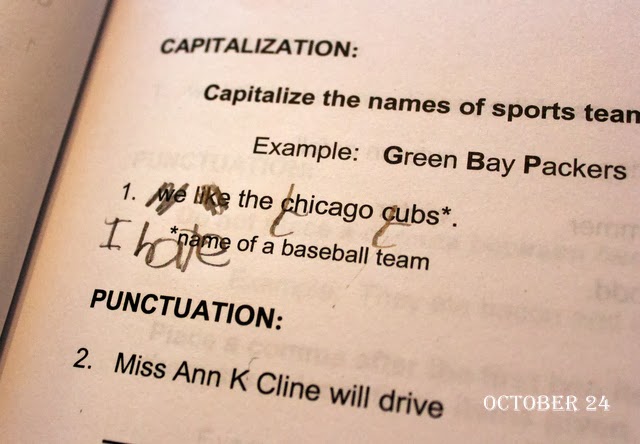 Jackson's grammar work--he was supposed to capitalize the appropriate words, but the sentence kind of rubbed him the wrong way . . . ;o)
~ 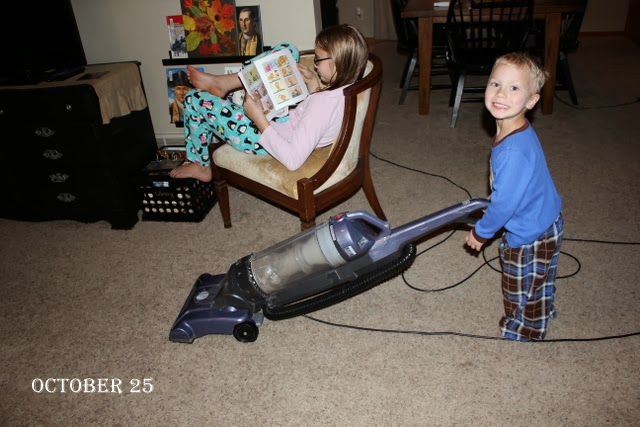 Owen has a lot of energy, and we have often found that the best way to channel it is by directing him to "big people jobs" because then he feels super important.  He mopped my floor several times this week and is now obsessed with vacuuming.  I could get used to this!
~ 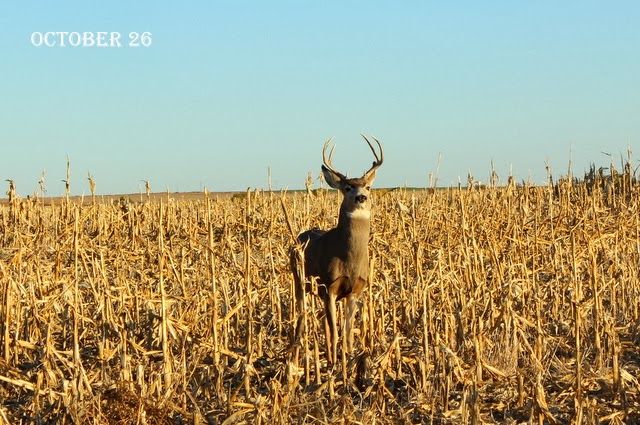 While driving around looking for a good spot to take our Christmas pictures we happened upon this big guy.
Yay for having a camera ready! ;o)
Posted by Janna at 9:01 PM

Wow! That could be a really Christmas-y picture if you photoshop your munchkins to pose with the buck. ;)

The girls' shot is adorable, and Owen looks GOOD behind a vacuum. I'm totally chuckling at the extra-thorough proof-reading. ;)

I bet the buck was thinking "Yay, they had their camera ready and not their shotgun."

Tell Bella I'm sorry about her hedgehog. Always hard to lose a pet.

Jackson's editing cracked me up. At least it shows he is really really and comprehending what he's doing since he felt the need to alter the sentence accordingly. ha!

i like the picture of your girls at the pumpkin patch. they are so cute.

and yay for boys big enough to push the vacuum!