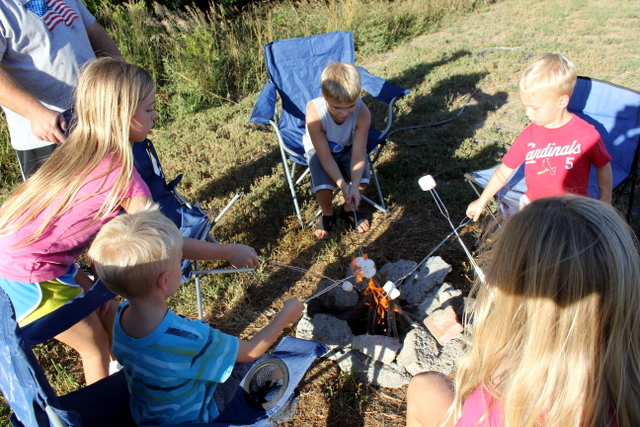 For the first time our Labor Day did not consist of swimming for the last time and building a bonfire at Grandpa and Grandma's house.  We stayed in Arapahoe, but we wanted to keep our traditions alive and hence built ourselves the tiniest little campfire on the north side of our house.  It did the trick and left us feeling that Labor Day wasn't a complete bust. 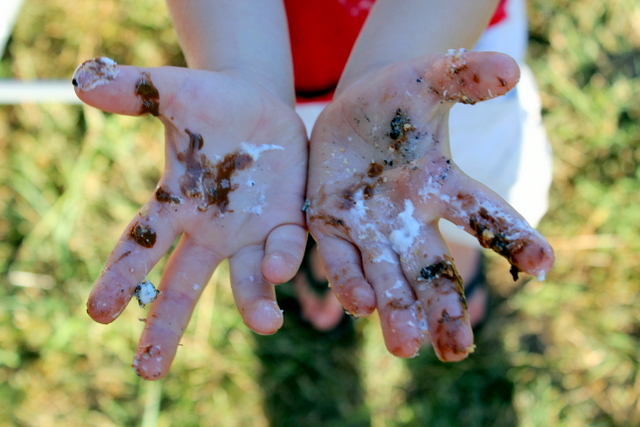 ~
On Routines--
Towards the end of our 2nd week of school our dishwasher died.  While I know there are people out there that do not have dishwashers, I am not one of them.  And without my dishwasher it kind of felt like someone cut off one of my arms or something.  Perhaps it was because I was still trying to settle into our school routine, but truly the absence of this loyal worker turned my days a bit inside out.  Thankfully, the new one arrived Tuesday and Josh had it installed that evening and my world is right again.  Boy, that was a long (almost) two weeks!!!
~
On Hydrangeas-- 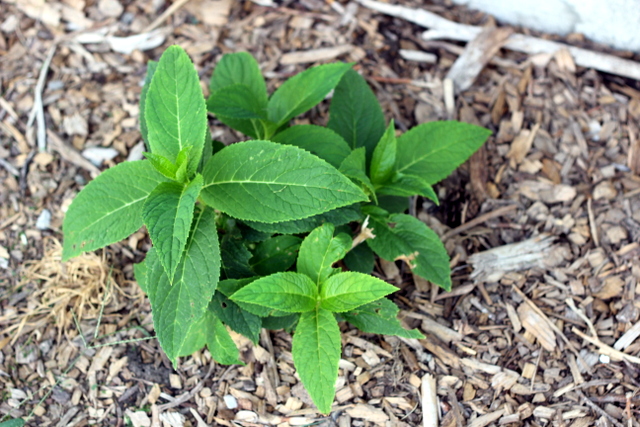 This is the hydrangea I bought on sale at Home Depot last summer for $9.  A late spring freeze killed it back to the ground. 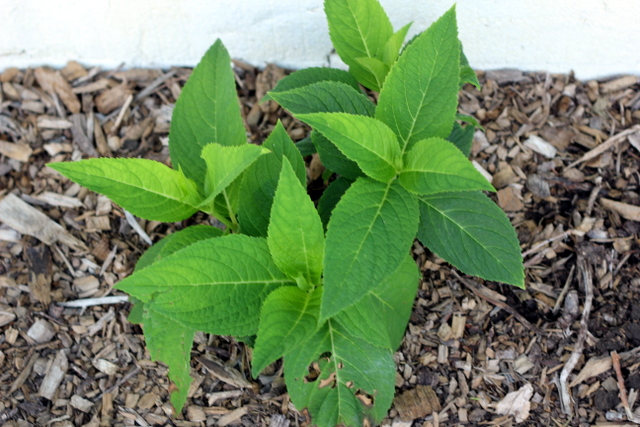 And here is one of the four hydrangeas I grew from cuttings this past winter!
They are basically the same size.  They looked so pitiful when I planted them this spring--basically they were sticks that all managed to put on one puny bloom.  But after a few months of acclimating themselves they are pretty much the size of a gallon-sized plant you would find at a garden center.  They have yet to bloom again, but we'll see if the fall freeze holds off long enough for them to do something.
All in all, I am considering my hydrangea experiment a success and will probably start a few more this fall to overwinter in my house.
~
On pumpkins--
If you recall, last year I had an awesome pumpkin patch--vines sprawling across my backyard, and probably in the end about 30 pumpkins.  I entered this year quite confident in my pumpkin producing prowess.
Well . . .
It has been pitiful.
I moved the pumpkins over to a weedier area of the yard--we rototilled it this spring, but I was fighting weeds from the beginning (mistake #1--apparently pumpkins need diligent weeding for the first 8 weeks to establish good root systems).  Then there was a squash borer that took over when I was back in Lincoln.  Lots of vines died.  And then there was the squash beetle.  So, I have two solid pumpkins (and maybe two more if the freeze holds off).  Yes, very disheartening for the pumpkin lover.  However, in all my reading I came across this awesome idea for helping get rid of squash beetles. 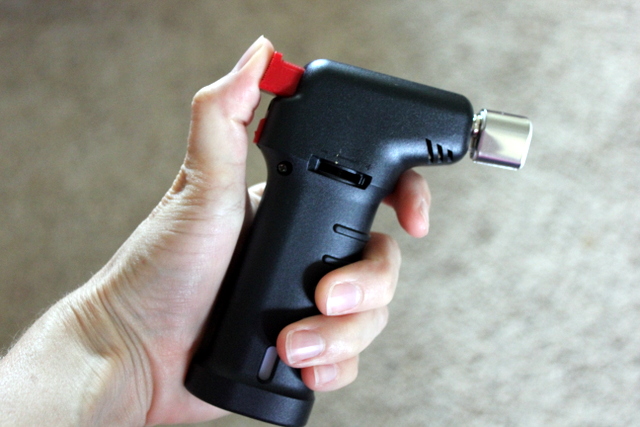 This is a little butane torch.  It works great for roasting the bugs and their little egg caches that you find on the backside of your leaves.  I realize I could carefully pick them off and squoosh them good, but there is something delightful to me about torching them.  Dare I say it brings me much joy?  Squash bugs will overwinter in your garden waiting for next year's free meal.  My goal is to destroy as many as possible.
~
On tea parties--
On Fridays, as a way to kind of celebrate the end of a school week we have been having tea party lunches, where we snack on tasty foods and read a bit of poetry. 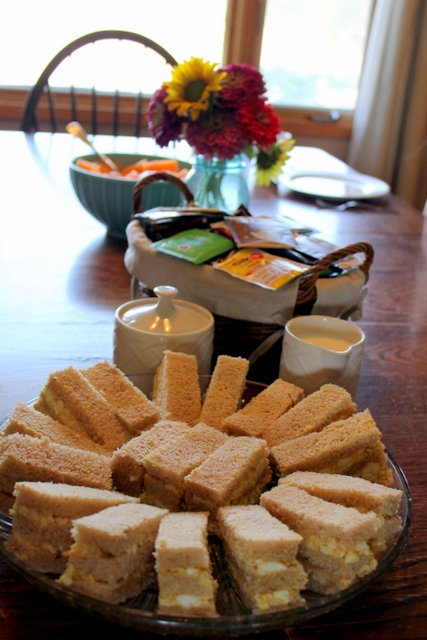 We set the table kind of pretty, and slice up food all dainty (like egg salad ribbon sandwiches). 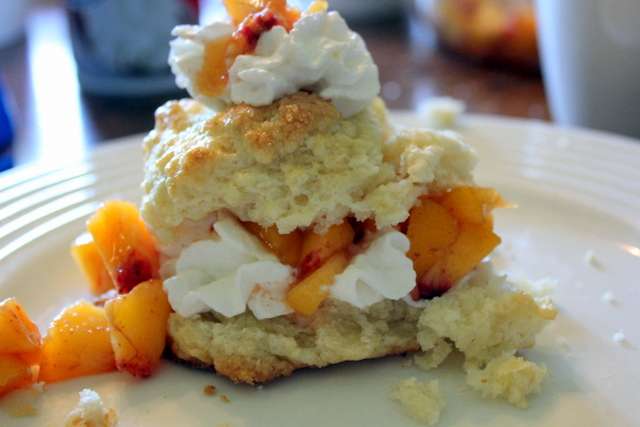 And indulge in a special treat like maybe peach shortcakes, or 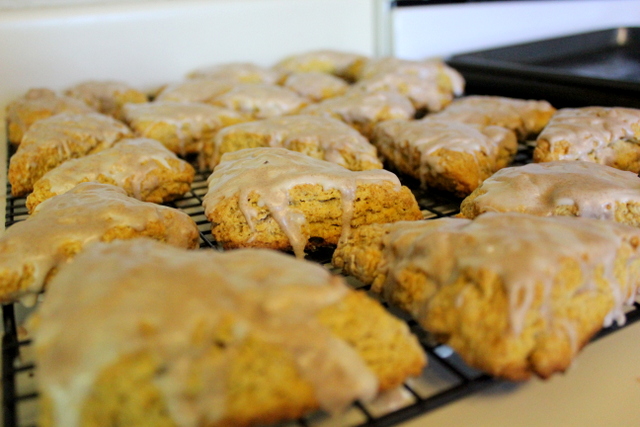 pumpkin scones!!
(recipe here however, I think two icings is kind of overkill, one would probably be fine, and I added some maple flavoring to mine--yummy!!)
If you bake pumpkin, fall will come.
(At least that is what I have been telling myself through these last days spent in the 100s and upper 90s).
And what do you know, it is in the 70s today!! It worked. ;o)

Tea Parties and poetry on Friday? What a sweet idea to celebrate the week. Know what we do? Eat lunch in front of the tv "Movie Lunch" ha! Quite a bit less refined over here, I guess. ;) Actually--the boys watch tv and I read......does that make it any better???

oooooo! i'm totally going to try your tea party idea. i think my boys are game to try anything that's out of the norm.

Ooh, the Friday tea parties sound so lovely...especially with PUMPKIN SCONES! :) Hooray for hydrangeas. ...and may you win the battle over bugs with that awesome torch. ;)