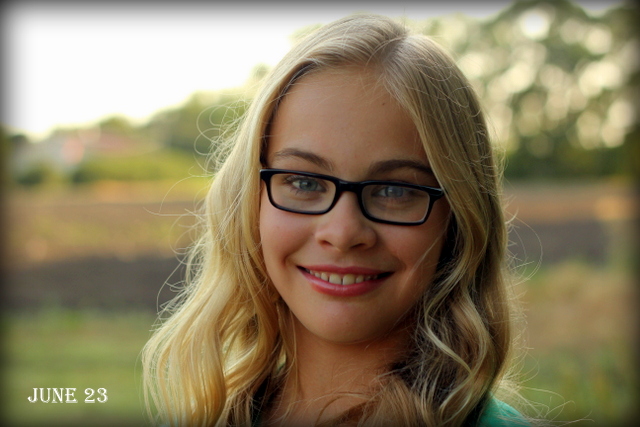 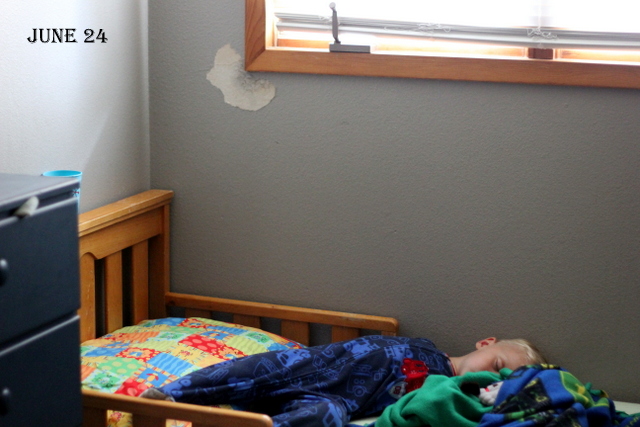 Oh Owen--finally crashing in the evening after a day full of mischief, missed naps, and other miscellaneous mayhem (note paint peeled off of wall by window).
Marissa took me aside this week and asked if I was aware of how awful Owen had been.
Umm, yes. I had noticed.
I always forget how hard three year old boys are.  I have never found "terrible two's" to be true.  Two year olds are just so sweet.  But three year olds?  They are the undoing of a mother's sanity.
~ 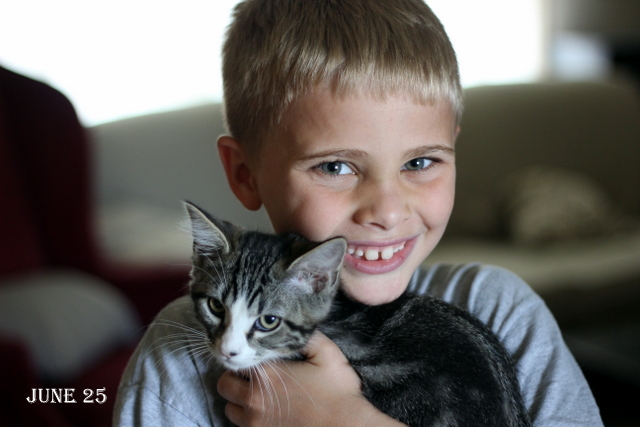 We drove "Jupiter" (now Casper!) to Kearney to meet up with some friends who were taking him off our hands.  The kids handled the second kitten give-away much better than the first.  We still have two left--act now and they can be yours!! ;o)
~ 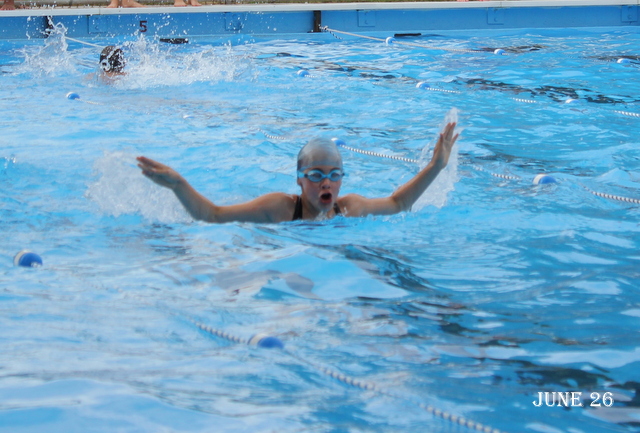 Josh and I had to split up this night--he went to Loomis with the boys for the 2nd game in the t-ball tournament while I stayed in Arapahoe for a swim meet.  I got to see Marissa (above) and Isabella do the butterfly for the first time.  I was never coordinated enough to figure that stroke out so I definitely had a good time watching them do it. ;o)
~ 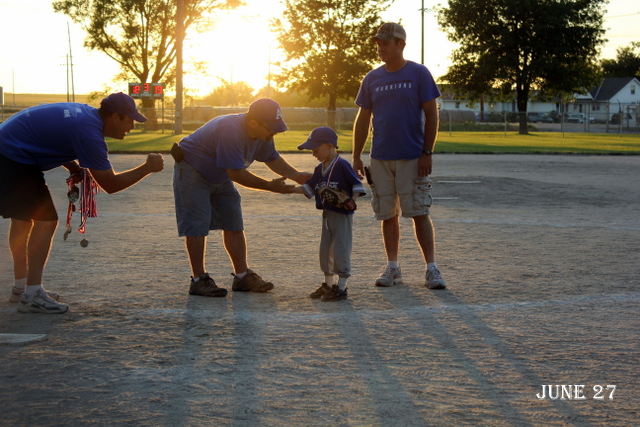 Final t-ball game of the summer.  The boys' team came in "runner-up" in the tournament.  They got medals (in case you did not know, boys LOVE to get medals).
~ 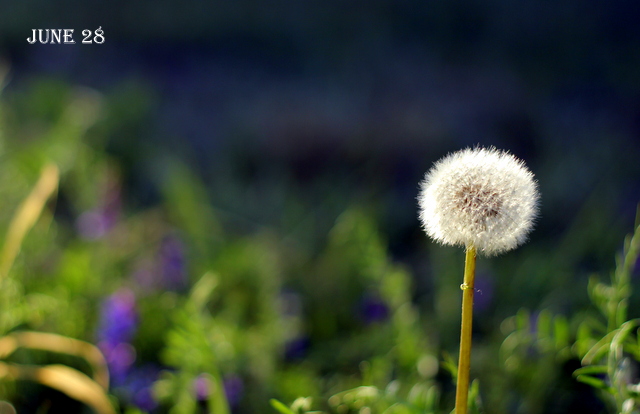 Puffy little dandelion in the backyard.
~ 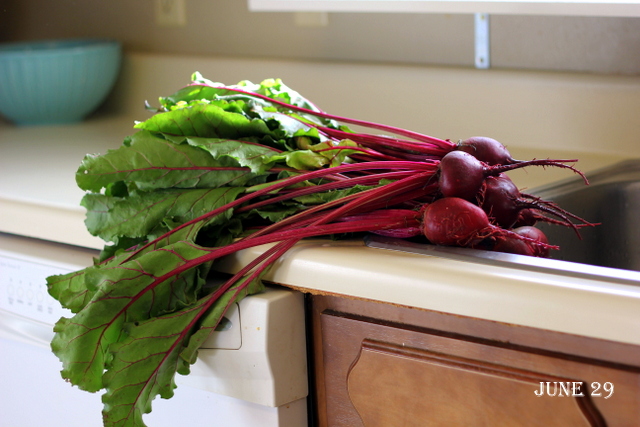 Beets . . . it's what's for dinner. ;o)
Do we like beets? I do not know, but I thought we would try growing them this year.  Jackson (who has a fascination with all root vegetables) kept bringing me beets thinking they were ready (they were not).  Finally we had a decent picking this evening.  We will try them tomorrow and let you know . . .
Posted by Janna at 10:15 PM

Oh I love that soft-looking dandy...these are great shots! I'm feeling your pain with the 3-year-old-boyishness to work through. And such pretty beets--love your 'it's what's for dinner' theme. Hope it went over well! :)

i totally agree, that the 3's are much more "terrible" than the 2's. it seems to be an age of defiance and rebellion. at least around here! and i'm curious about the beets. never tried them, so let us know what you guys think.

I am loving that picture of Jackson with the kitty! I've never tried a beet, but in my mind I'm convinced they are icky. Let me know if I need to be told otherwise.