A happy Father's Day for Josh.  We made BBQ pork, which as far as I'm concerned makes any day happy. ;o)
~ 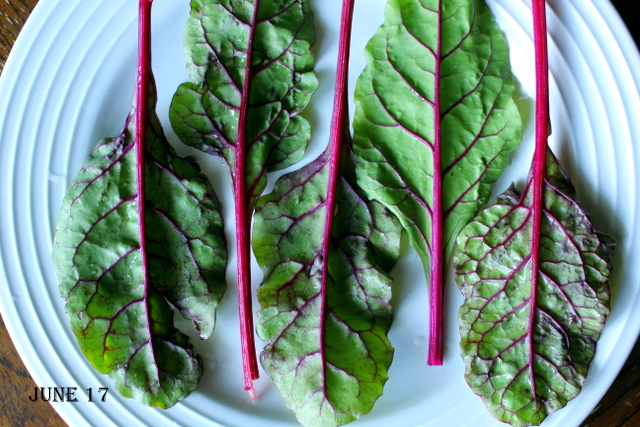 Swiss Chard from the garden--isn't it pretty?  I just love the veins in the leaves.
~ 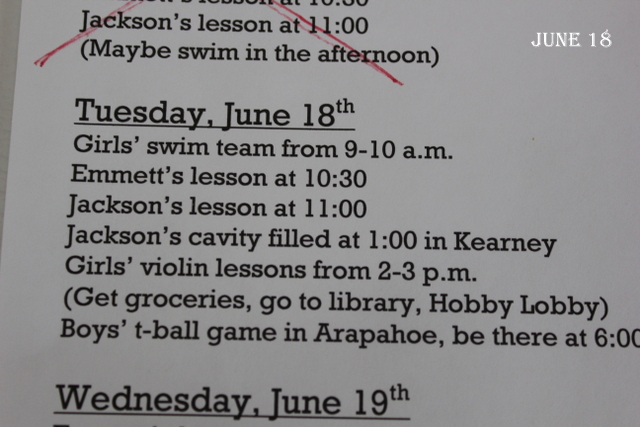 A very busy week.  I had to type up what way going on every day and hang it on the fridge just to make sure I didn't forget anything.  Tuesday nearly did me in . . .
~ 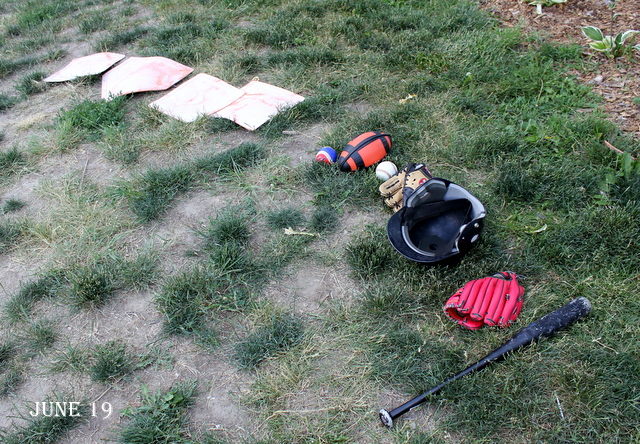 Owen has taken to lining things up lately.  I went outside to find this display in the yard and thought it pretty cute.  Not so cute (in Josh's eyes at least) was when he raided the garage fridge of Josh's diet Coke and cracked 10 of them open and lined them all up in a row.  And also pulled himself out a lawn chair and stuck one of them in the cup holder.  But I found it pretty hilarious. ;o)
~ 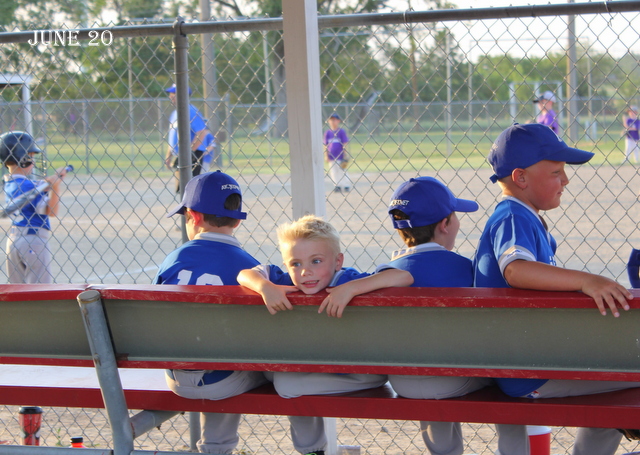 In the dugout--it's so hard for Emmett to keep his focus on anything for long (and sit still!!).  There were many reminders to turn around and cheer on his team-mates.
~ 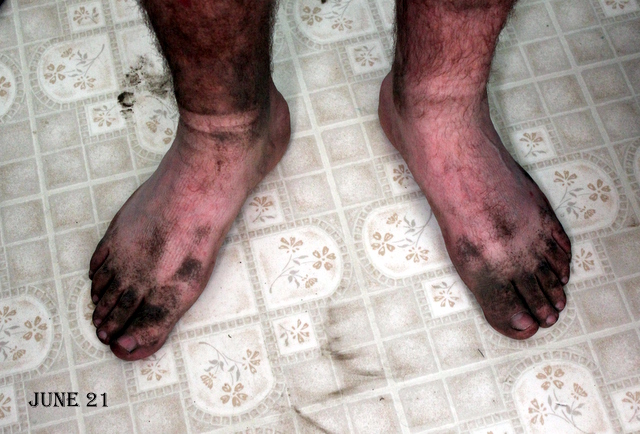 I've mentioned Josh's "handy-man" job this summer?  Thursday and Friday found him hauling posts for corral building.  It was hot and windy and the dirt  was blowing.  I'm not sure I ever have seen him quite so dirty.  I think his summer "vacation" has him craving school starting back up. ;o)
~ 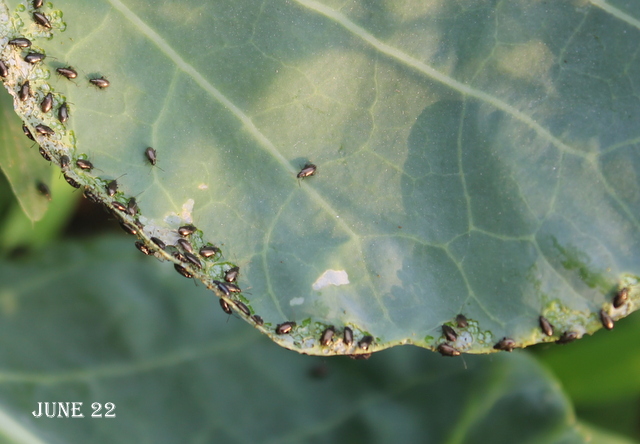 I forgot my camera for the swim meet so I ended up wandering around my yard looking for something to photograph.  I discovered these bugs on my Brussels sprouts.  Anybody know what they might be?  There are a lot of them and they have suddenly appeared on every (formerly lovely looking) plant. :o(

Oh, boo for the bugs! (But such pretty swiss chard.) I just LOVE these shots descriptive of your sweet fam...it's inspiring me to get behind the lens a bit more to capture some memories. The dirty feet shot is a great one. ;)

Your Tuesday would do ANYONE in. Gracious! I don't know what your bugs are :( sadly, I have a tiny, winged, spotted thing attacking all of my squash plants. Oh the joys of gardening! Hope you can save the sprouts.

Oh my.....Josh's feet! Reminded me of Bigfoot or something. haha! The swiss chard *is* pretty but I'm wondering if you were able to eat it? blech! ;)