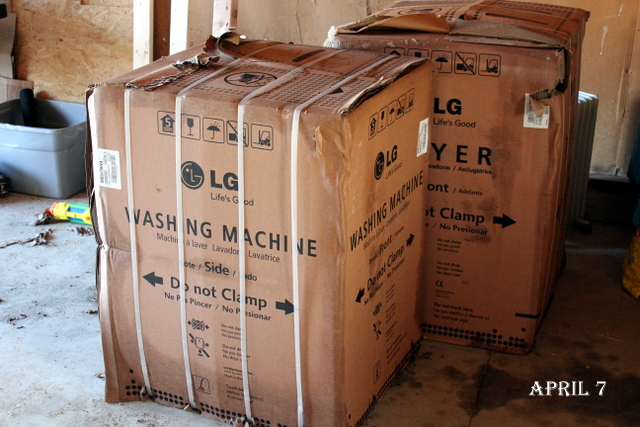 We left our home at 7:30 this morning, trailer hitched up to the minivan and set out for Hampton to visit a church and then on the way back stopped in Grand Island for a new washer and dryer.  A very exciting day for someone who does a lot of laundry. ;o)  However, on the way home we were caught in some major rain.    Josh and I reflected that we couldn't recall a single time we've had to drive in the rain since moving out to Arapahoe, but wouldn't you figure the one time you're toting stuff home a ways in an open trailer . . .
Hence, the soggy boxes.
~ 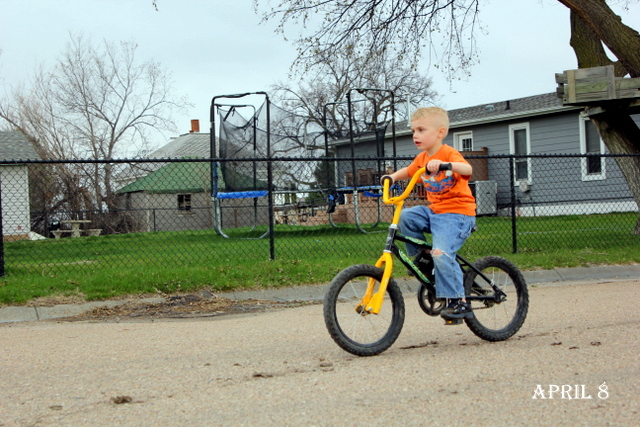 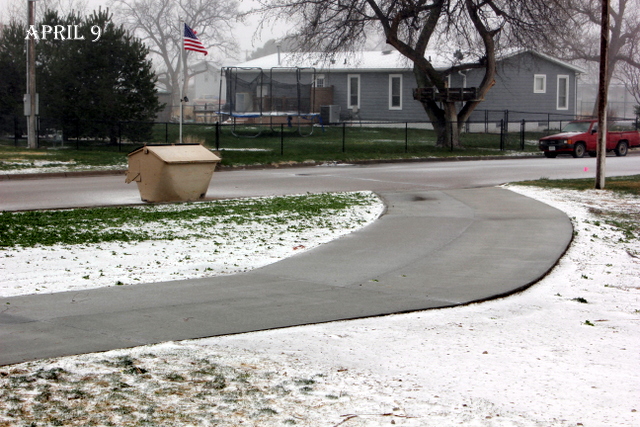 And then it snowed/sleeted/iced.  Not my most favorite April on the books.
~ 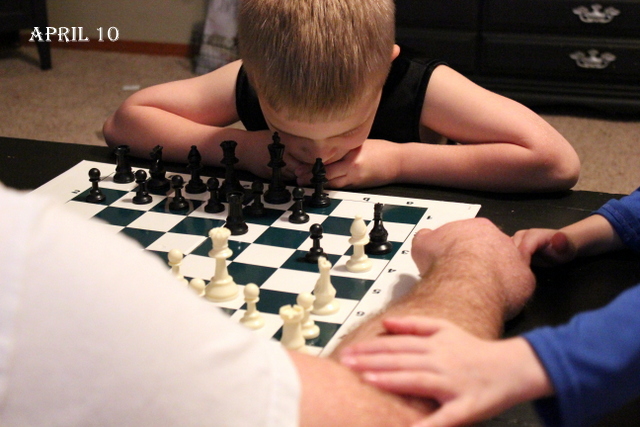 Playing chess with Daddy . . . filled with much angst.
~ 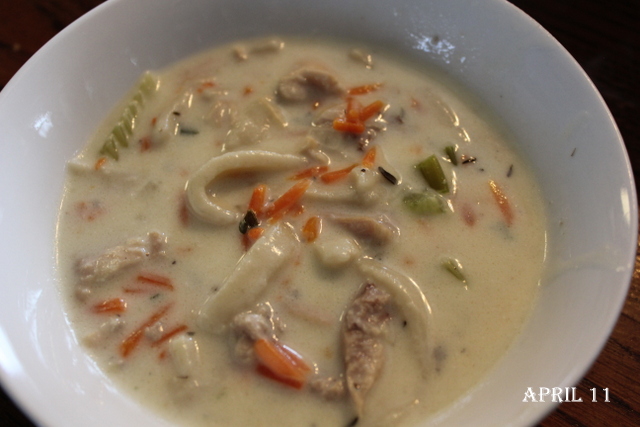 A cheater picture, because I FAILED to actually take a picture this day.  You see first we were trying to finish up some schoolwork while I finished packing suitcases and loading the van.  And then we drove to Kearney for violin lessons and a few errands.  And then we drove to Lincoln.  And then I was kind of tired
So, you get a picture of soup . . . soup that I did bring with us to Lincoln, so it kind of counts, right? ;o)
~ 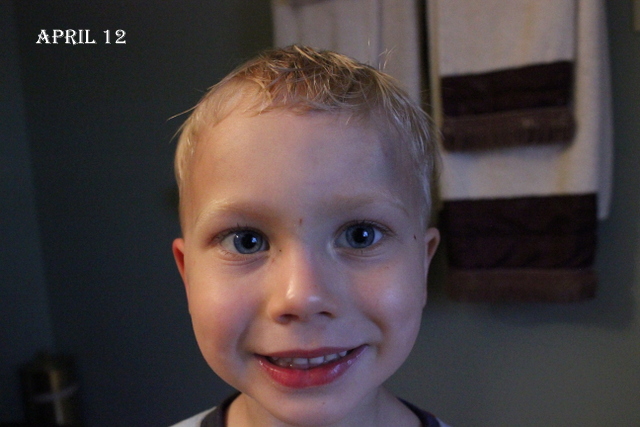 Gone all day for the home school conference and my in-laws kept the kids.  When I returned Owen gave me the best hug and said, "You were gone FOREVER!"  No less than five minutes later Jackson sees me, "You're back already?"  But the actual reason I took this picture is the shiner on Owen's forehead, which was actually much more impressive in person (he hit his head on a chair).
~ 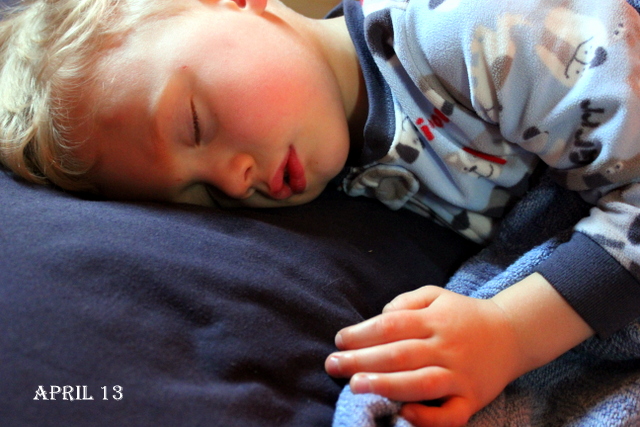 A sleeping Owen at 7:00 pm.  After two days of nap-skipping the whole household breathed a sigh of relief when this little boybarian was down for the night.  He looks so sweet asleep . . . ;o)
Posted by Janna at 7:21 PM

Way to go on the bike, Emmett! ...and poor Owen. And glad for you to have the sweet relief that comes with a sleeping kiddo...hope it was a restful week for you guys.

...and a big HOORAY for the new laundry equipment!!

Too bad the boxes got wet---they could have provided hours of entertainment for your boys (and girls?) Hope you're having lots of fun doing laundry--at least until the "new" wears off. Yay for your 2 wheelin Emmett!

that last picture is so sweet. enjoy that new washer and dryer. funny how things like appliances can make us so happy. :)

"Boybarian". Best title ever. I concur with April's weather...and May's...