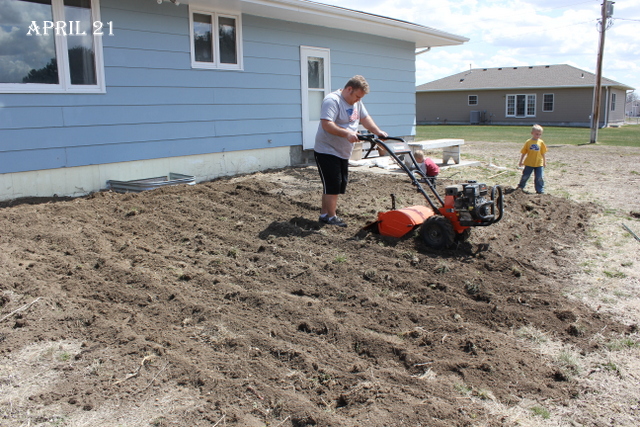 Enlarging the garden space!  After I spent some time slowly turning over dirt one spadeful at a time Josh asked our neighbors across the street if we could borrow their rototiller.  The rest of the garden emerged lickity-split. ;o)
~ 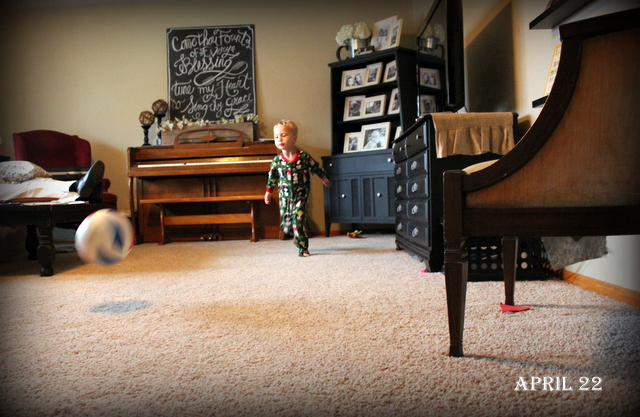 Sometimes Josh and I sit around in the evening watching Owen.  Josh will shake his head in bewilderment and say, "It's me all over again."  Yes, that is a scary thought. ;o)
~ 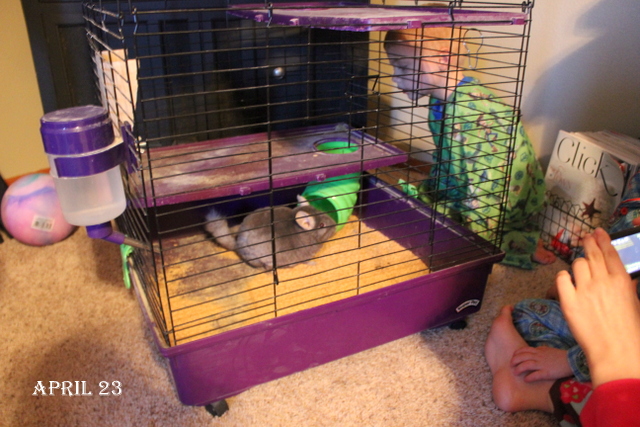 Because the hedgehog and the 1+4 cats were not enough, we added a chinchilla to the mix.  We have learned that the best way to acquire pets is to be a science teacher and students will automatically gift you with their unwanted animals.  We have the makings of a zoo . . . (and I realize it's not a great picture, but that little guy is fast and it was evening, and well, you know)
~ 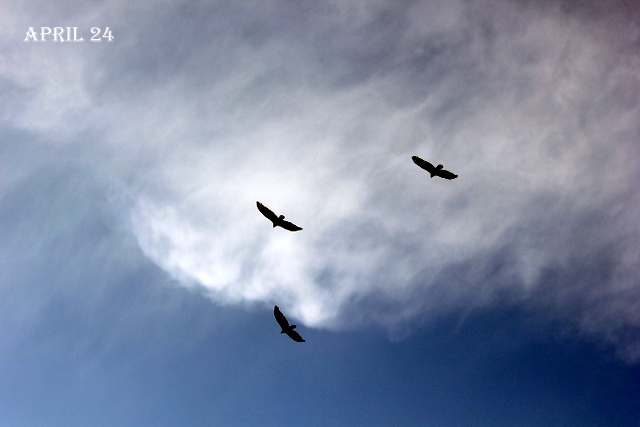 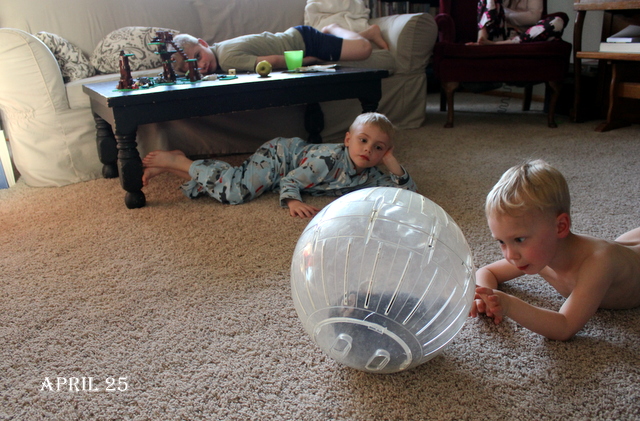 "Coco" the chinchilla takes his first spin in the exercise ball (we all eagerly watched in anticipation).  Chinchillas are really interesting animals--kind of the cross between a rabbit, mouse, and squirrel.  He is CRAZY fast.  He takes a "bath" in volcanic ash by rolling around in it (think Tasmanian devil from Looney toons).  And he likes to chew things, like oh our special cord that lets us stream our computer onto the tv . . .
~ 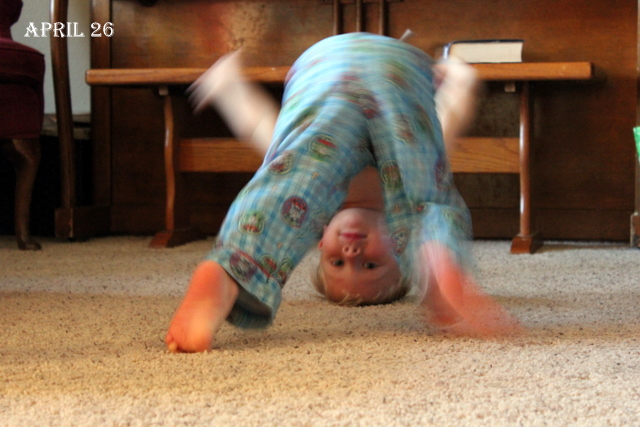 This accurately depicts life with Owen.  I think he has the energy of our other four children combined.  He is constantly showing me some new trick (usually involving contorting his body into some odd shape, leaping off of something or performing running somersaults).  He makes my head whirl.
~ 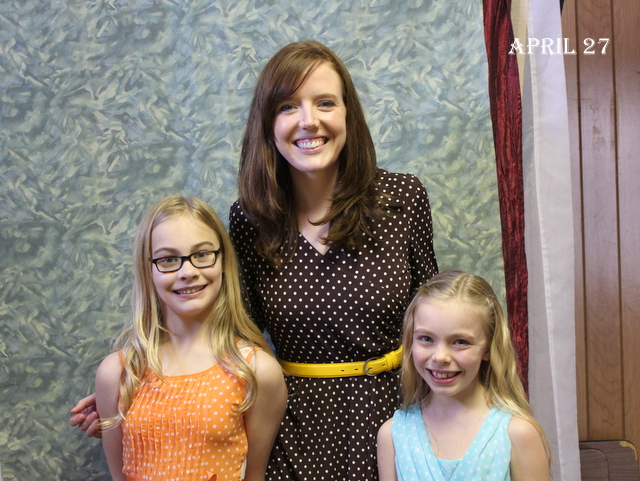 The girlies and their violin teacher celebrating the end of the spring recital.  I'm so proud of them for all the hard work they put in.  If you want to have a listen Josh put their pieces on youtube (which they find endlessly exciting).Isabella played Dvorak's "Humoresque" and "In Dreams" which you will recognize from The Lord of the Rings Soundtrack.  Marissa played "Washed in the Blood"--we came across this piece last November and Marissa loved it in spite of the trickiness, so she spent over five months working on it!
Isabella is here and here.
(Josh paused to take a picture in between so a bit of Humoresque is missing).
Marissa is here.

what an awesome gardening space! and praise the Lord for resourceful husbands!

Oh wow--the girls performed beautifully! Lovely job...and I enjoyed the pictures of your active boys and the promising garden space ...and I did the math on the hungry hawks and the abundance of small animals at your house...hmmm. Perhaps a natural version of populations control?

Great playing girls! I love the garden plot, isn't it nice when the hubbys step in to help with the hard labor. :-)