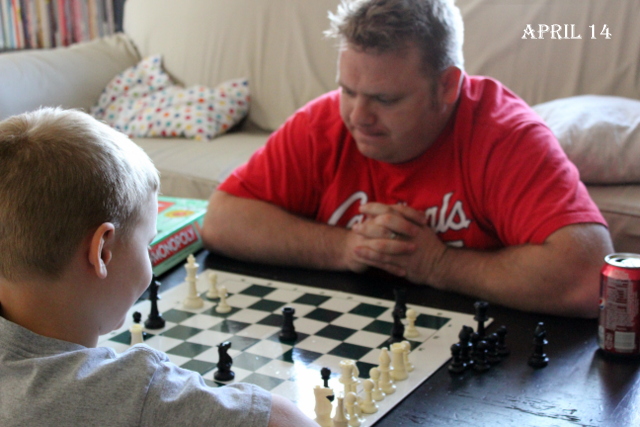 A rematch . . . note the curve of Jackson's face as he grins and Josh's perplexed one. ;o)  Josh discovered he has to take games with Jackson seriously.  And me?  I haven't a clue what's going on . . .
~ 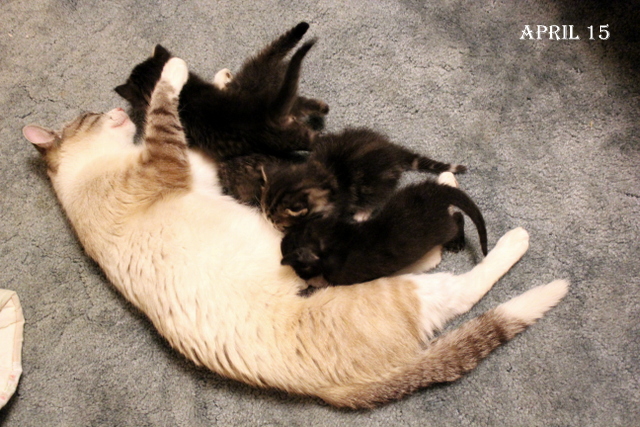 Mommy cat feeding her babies--so sweet.  We are thinking there are 3 boys and one girl.  The kids have named them Oscar, Shadow, Jupiter, and Violet.  They are still free for the taking!!
~ 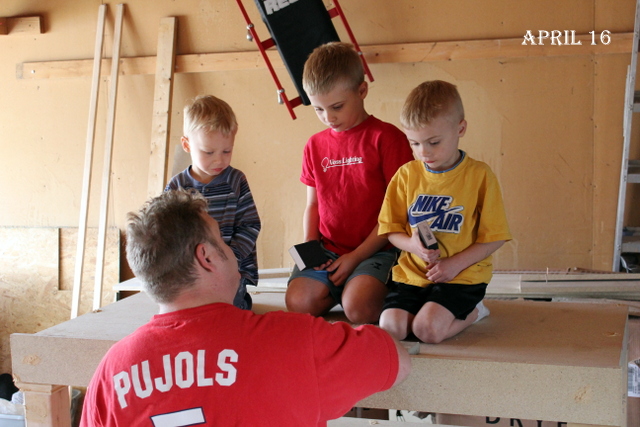 A lesson on sanding the wood filler the boys had helped him apply earlier.  Unfortunately for Josh he later learned that wood filler does not sand off with ease like drywall mud does.  Oops.
~ 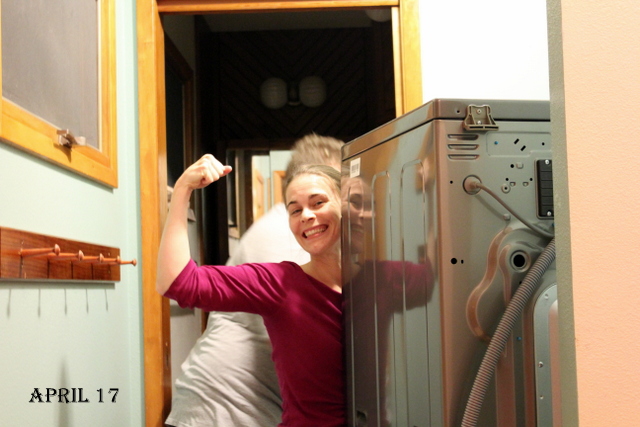 The moment has arrived--installing the new washer and dryer.  Now, for those of you who do not know, front loading washers are really heavy.  After attempting to help Josh heave it up onto the pedestal he had built (and my side going absolutely nowhere . . .) I suggested  we get out the car jack.  Since we really had limited options at that moment Josh decided to try my ridiculous idea.  So, he is balancing one side and I am working the jack on the other.  We got it about a foot off the ground when Josh realized this wasn't working and ordered me to lower it immediately and I couldn't get the jack to release and you know *tense moments*  So my side of the washer was hanging out at kind of an incline.  I decided to give it one more heave and thankfully with my side partially off the ground (thanks to the jack incident which went awry) I was able to help Josh get it up on the platform.  Thankfully, no washers were injured during these shenanigans.  Or Janna's.
~ 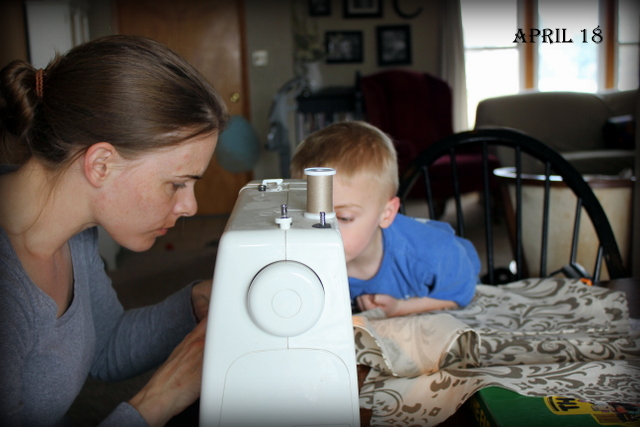 Sewing with an audience.
~ 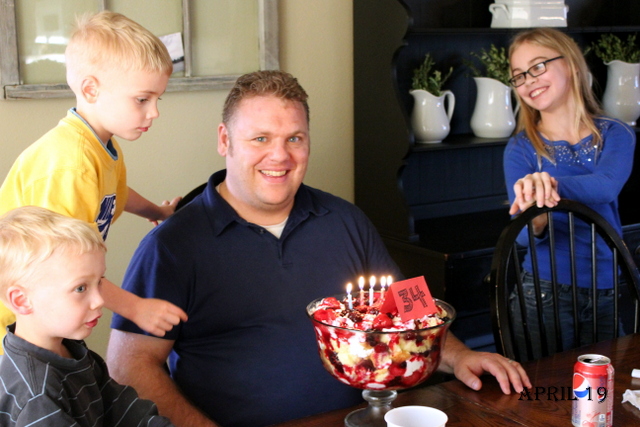 Happy 34th birthday to Josh!  It was so strange to enter the 30's and it seems like we just got here and now "mid-thirties" are just around the corner . . . where is the time going??
~ 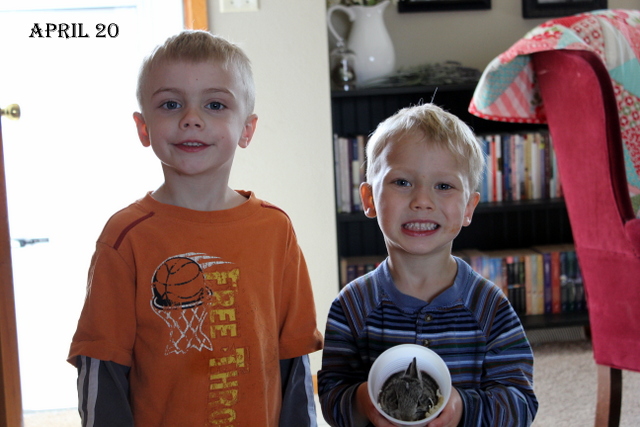 Our cat has some stellar rabbit catching skills much to my little boys' delight.  I wasn't really keen on the whole let-the-cat-in-the-house-with-baby-bunny-and-watch-her-let-it-go-and-chase-it-down-again escapade that went on.  My screams carried to Josh who once again was in the shower (same thing happened with a ground squirrel last summer).  Apparently Josh times his showers for all the times small animals get brought into the house. Go figure.
Posted by Janna at 7:38 PM

LOL--most people would purposely hide in the shower with odd rodent-like animals inside the house. :) Happy birthday to Josh! And the sewing project looks beautiful...and the kitty feast = so sweet. What a great week. :)

Happy Birthday, Josh!! I *love* the picture of you sewing with your little audience member. It's those "real life" pictures that years from now will be so treasured. And bless that Mama Cat's heart with all her little kitties. I'd take one in a heartbeat if we didn't have allergy issues. :( Hope you're having "fun" with your new washer and dryer!

This whole post made me laugh. I love that Jackson smile over chess and hilarious mental picture- the rabbit/cat/inside the house escapade. I love your fabric...hope we get to see project pics when you're done!