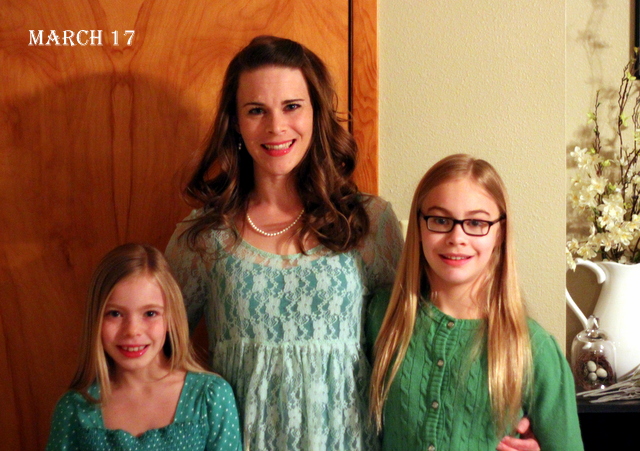 The ladies and I wearing our green (and all in denim skirts and brown boots as well!). ;o)
~ 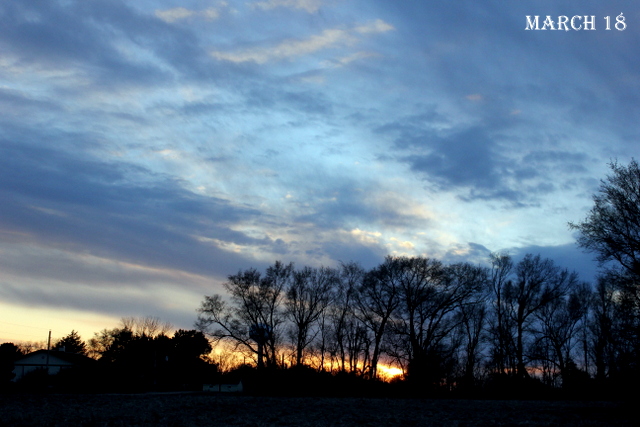 Admiring the pretty shades of blue in the sky.
~ 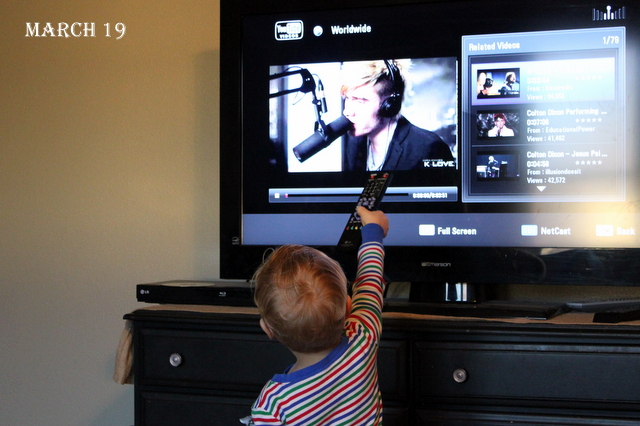 When Owen isn't singing "The 12 Days of Christmas" or "Deck the Halls" (or a mixture of the two) he is blasting out the bridge from Colton Dixon's "You Are."  (If I had no voice, if I had no tongue . . .) He repeatedly asks to view it on youtube.  It is absolutely his very favorite song right now.
~ 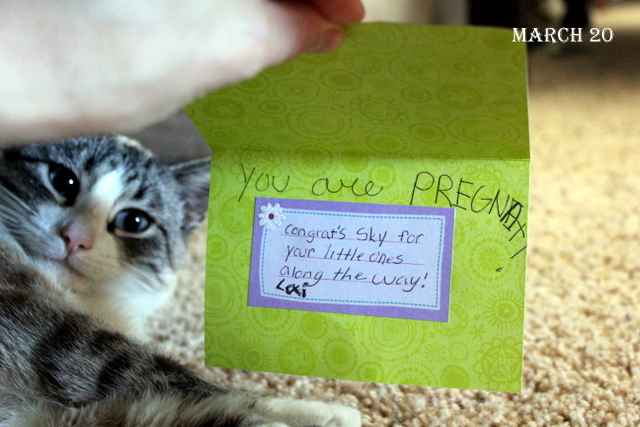 We received a letter addressed to "Sky the Cat" from my niece Lexi, who joins in my girls' excitement of the impending arrival of kittens. I interrupted one of Sky's 39 naps to show her she had gotten some mail.  Overall, she doesn't look too enthused.
~ 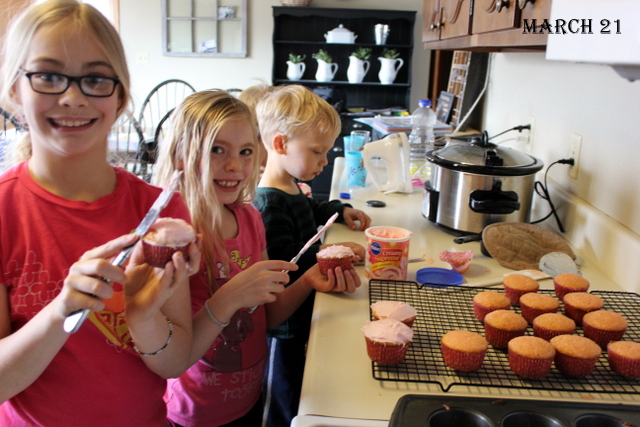 You know sometimes, I look back at pictures of my girls when they were itty bitty things and miss those days so much.  And sometimes I get back from a five mile run and discover they made cupcakes, and I think, "Score!"  This stage of life is pretty awesome too. ;o)
~ 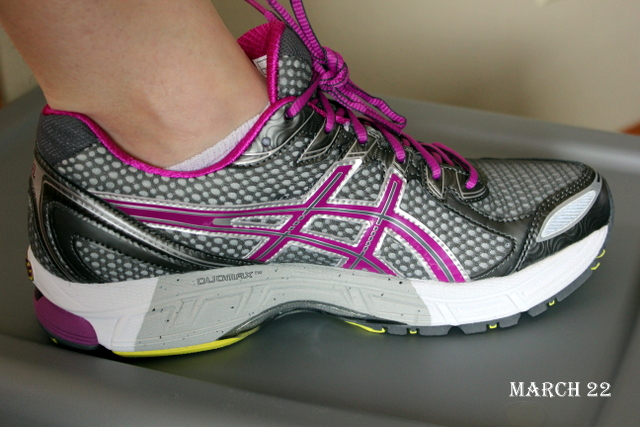 And while we are on the topic of running, yay for the arrival of snazzy new sneakers!  I got the same "model" I had last year, but new colors.  And I found them on Amazon for a whole lot cheaper.  When I tried them on for the first time I was initially concerned, thinking these weren't the right shoe. However, I didn't realize how much I had broken down the cushioning on the last ones.  All that cushioning will be quite welcome as I head into the longer runs.  That half-marathon is kind of sneaking up on me . . .
~ 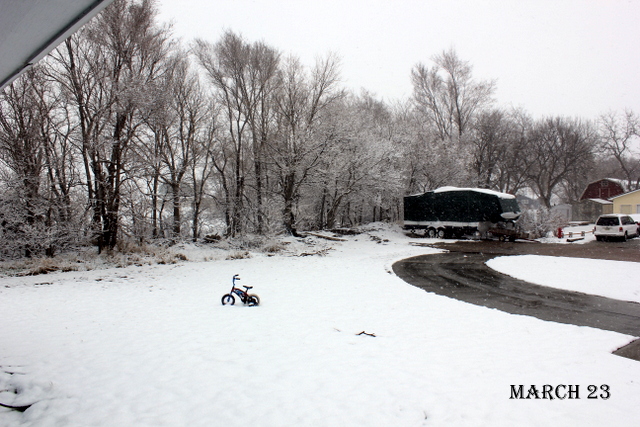 What we woke up to Saturday morning.  I hadn't paid any attention to the weather, and to say I was surprised would be a bit of an understatement.  I was all set to break those new shoes in on an 8-miler.  But alas that didn't happen.  I'm kind of over the whole "running in the elements."  Just give me a nice day in the 50's or 60's and I'll be quite happy. ;o)

I *love* the picture of you beautiful Cooley girls! I'm quite jealous of #1) your cute new running shoes, because my new ones still look like grandma's orthopedics and #2) that you get cupcakes made for you while you're out running....cupcakes are a great post-running snack, right? :)

those are some snazzy looking shoes! :) and so glad to hear you're enjoying this stage with your girls.

HA! I've gotten over running out in the cold too...love this posting of the fun week at your house. Sweet picture of you and your sweet girls...who bake you sweet treats. :) Yay for new running shoes!

That is the brand of shoes I like. I should check amazon too. Mine are a little worn down as well. Not from running though!

The congrats card for the kitty made me laugh, what fun! I love your new shoes and while running is not my favorite, getting new shoes IS my favorite...perhaps I should run more? ;-) We know where your girls come by their beauty! Great pic of you three.