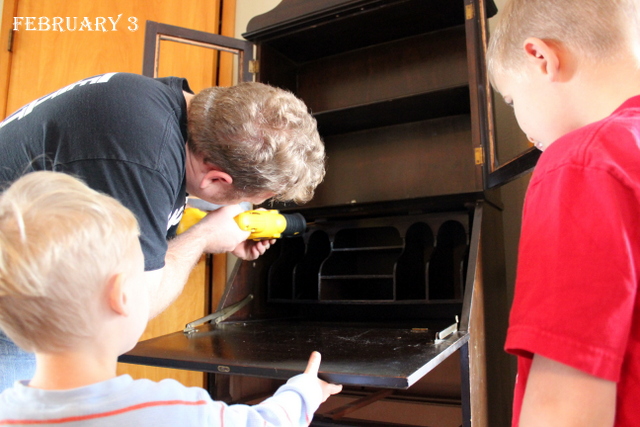 Kicking off the week with secretary dismantling.  I ascertained that the cubbies would be removable for painting if we could remove two screws.  Josh was excited to use one of his new tools--a saw that would cut through screws.  And of course, there was an audience.
~ 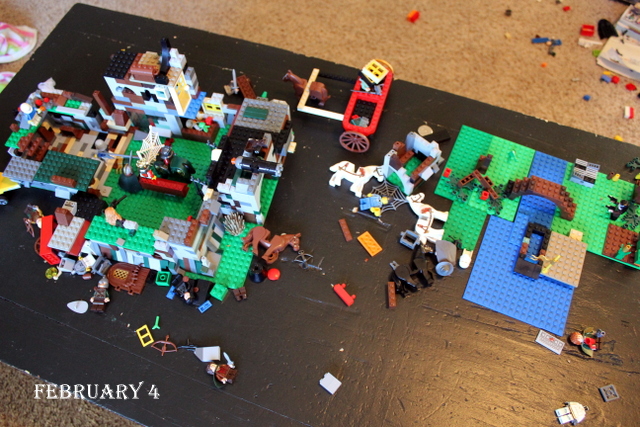 My oldest three spent several afternoons working on this Lego "Hobbit/Lord of the Ring" world and they played together for several HOURS enacting all sorts of scenarios.  Josh's interest has fueled a household obsession . . . not only did a Lord of the Ring violin book find its way to our home this week, but Isabella (the girl who prefers Ramona, American Girl stories, and Little House on the Prairie) checked out The Hobbit at the library and began reading.  One of these days I'm going to have to see what all the fuss is about. ;o)
~ 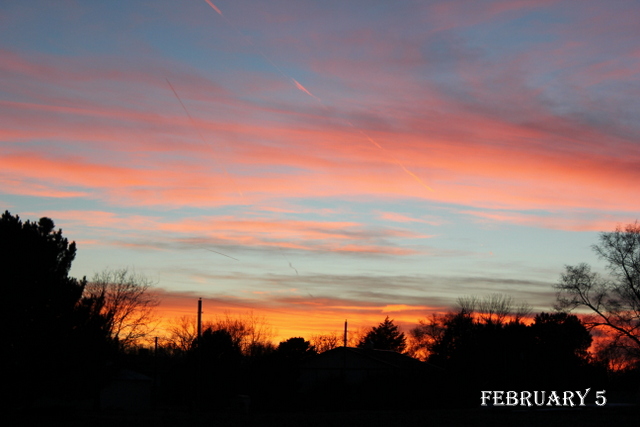 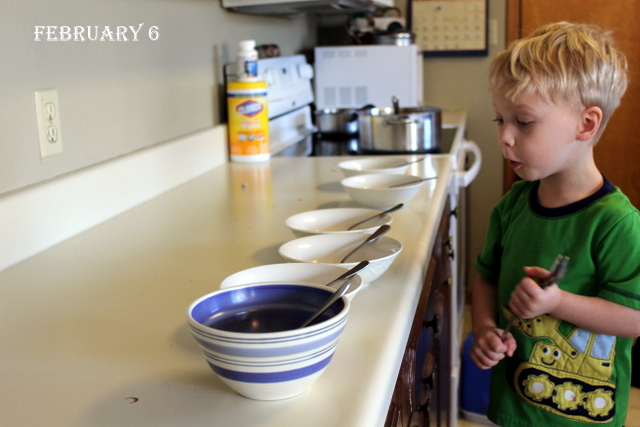 I was making chili for lunch.  I was impressed that not only has Owen learned my assembly line way of preparing, but he knew exactly how many bowls and spoons would be needed for the kids and me to eat lunch.  Sometimes I wish I could see everything that is going on in that little blonde head.
~﻿ 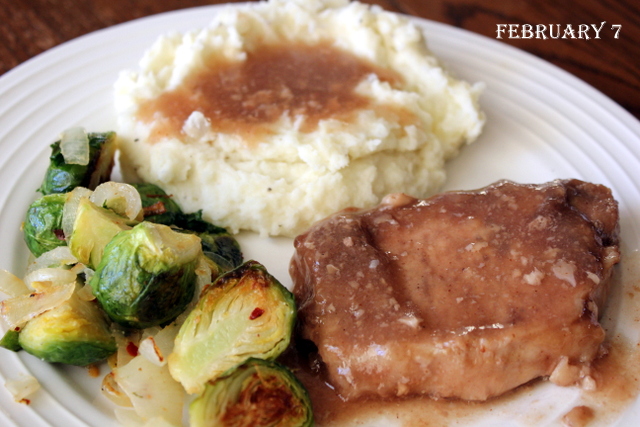 Cranberry pork chops and gravy, mashed potatoes, and roasted brussel sprouts (it had been awhile since I had pork chops in the house and the kids were so excited!).
~﻿ 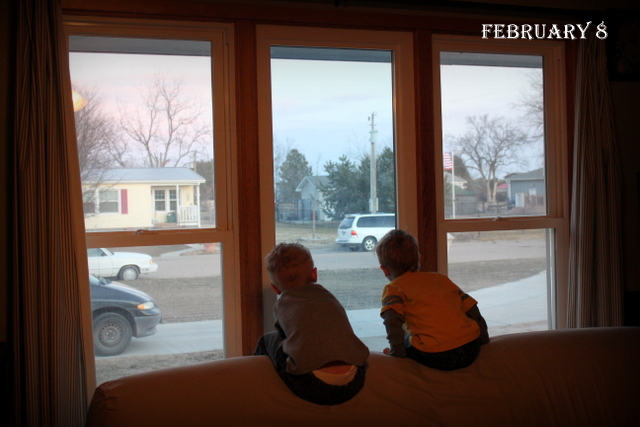 Waiting for Daddy to come home.
~ 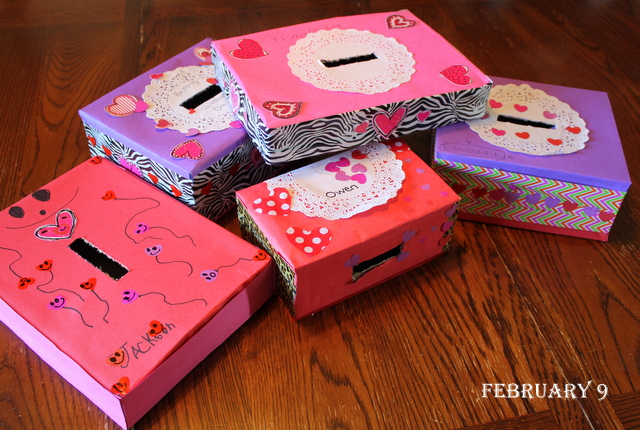 We made Valentine boxes Saturday morning and since then the kids have been busy making valentines for each other and stuffing the boxes full.  Sometimes it feels like all I do is referee squabbles, so it warmed my heart to see little love notes being made.  "Oh, they do like each other!!"
Posted by Janna at 10:42 PM

cute little boxes! sounds like so much fun to make notes for each other. and the pic of the boys watching josh made me laugh. it's just in little boys genes to love power tools.

Ok...please forgive the "teacher" and especially "special ed teacher" in me. But so many elementary kiddos struggle with math and come to hate that subject. I think a lot of it starts with not having any "number sense". Owen helping with the bowls and spoons....that is such a powerful lesson!

I love those glimpses the Lord gives us mothers when we see our children loving each other!! Glad you are witnessing some of those moments with the special love notes!! And I love the 2 little men perched on the couch waiting for Daddy! SO cute!

Yay for sweet sibling moments! And your assembly line looks a lot like mine with bowls/spoons ready to be loaded. Can't wait to see that cute secretary all finished! :)

Catching up on all your fun daily moments photos! :)

The sunset picture is so beautiful. There have been some lovely ones this winter. I finally went over to the lake yesterday to capture one and it was a dud. Maybe next time.