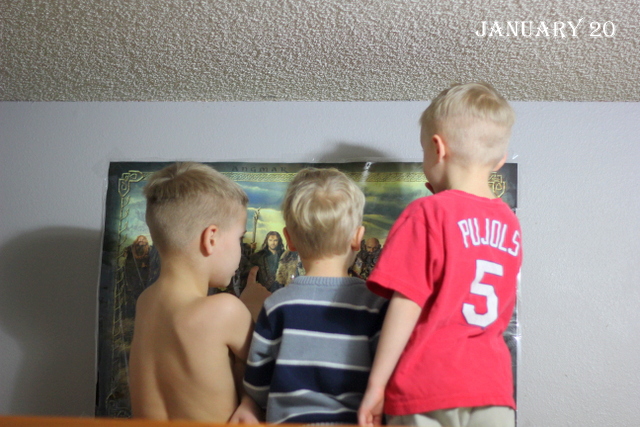 A Hobbit poster was acquired at Walmart.  Josh laminated it (a newly acquired skill of his that has some room for growth . . .) ;o) and we hung it over Jackson's bed.  At this point none of them have seen The Hobbit, however, they are all certain it is fabulous.
~ 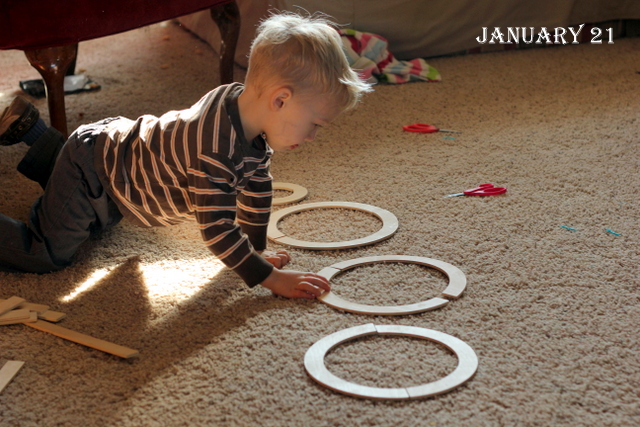 O's for Owen.
He determined this week it was time to start school, so I pulled out a workbook I had snagged at the Target $1 section last summer and he got to work.  After he finished "writing his letters" (using that phrase rather loosely) he began building a few, namely, O, X, and T.  It's a start.
~ 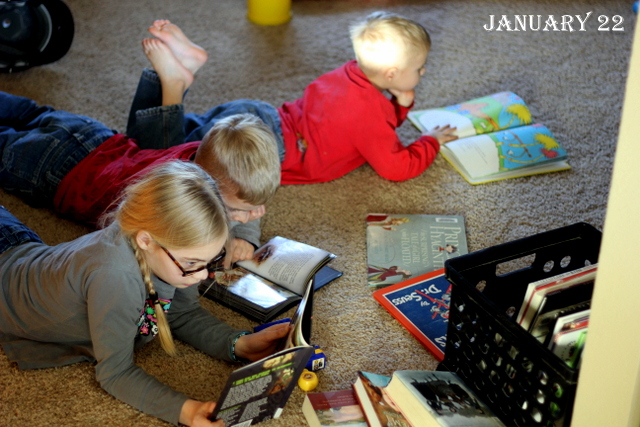 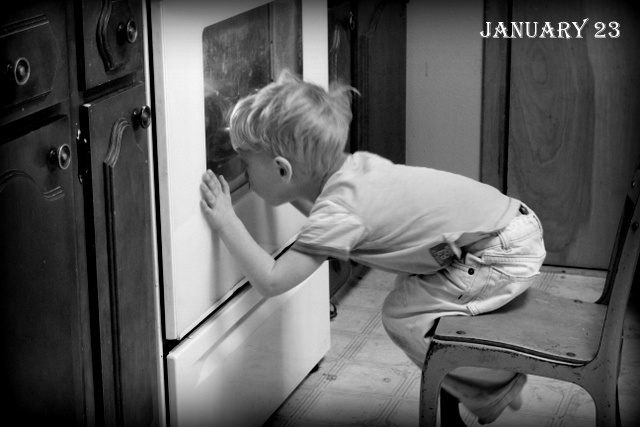 My official "bacon watcher."  Do you cook bacon in the oven?  I have determined it is my favorite way--a 400 degree oven, a jelly-roll pan lined with parchment paper and bacon, and cook it somewhere between 20-25 minutes.  It is really good tasting bacon! (I know, like bacon could actually be bad!!) ;o)
~ 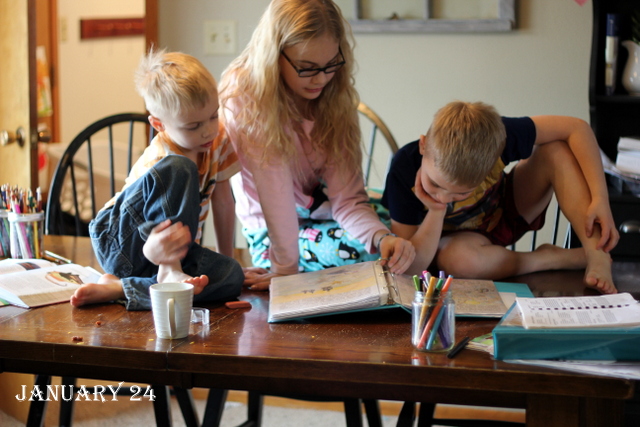 I was amused to find three children (two still in pajamas of course) sitting ON the table perusing Marissa's history notebook.  She's become quite the little cartoonist, always trying to give her history pages some element of humor (as well as draw herself into them), consequently they are quite entertaining for the younger brothers (and maybe they're learning something too?). ;o)
~﻿ 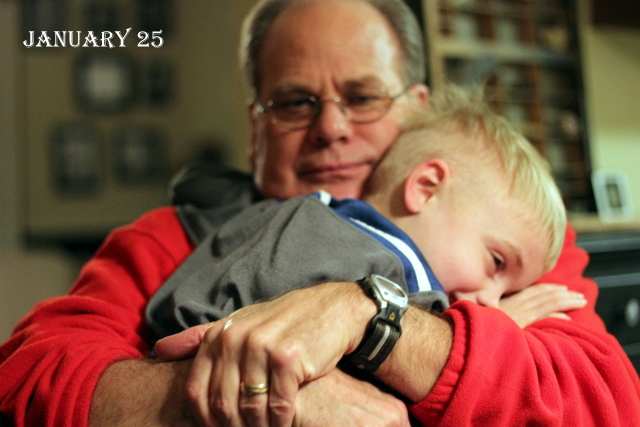 Josh's parents arrived for a weekend visit.  Emmett is really {really} fond of his grandpa, hugging him, nuzzling him, hugging him so more, making him tea . . .  If Grandpa is ever suffering from low self-esteem he just needs to hang with Emmett for awhile. ;o)
~ 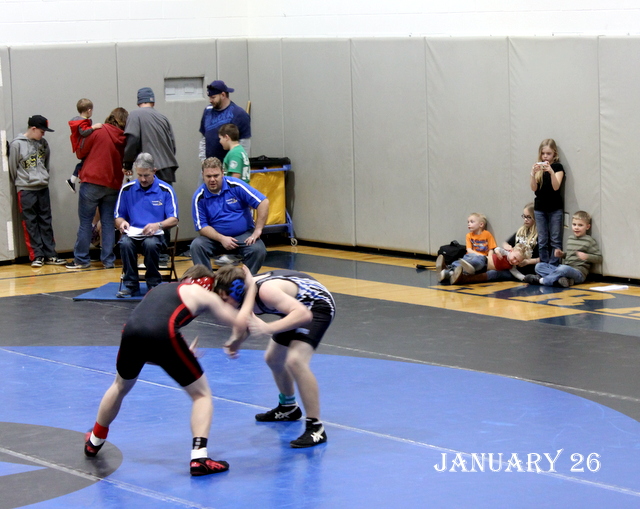 The Arapahoe wrestling meet--the one meet we go to each year. ;o)
Actually, I enjoy wrestling meets--I have a lot of respect for the sport and what those wrestlers have to go through to get into the shape they need to be in.  Providing Josh has some wrestlers make it to state we only have three more weeks of the season left.  It feels like it went so much faster than last year!﻿

Looks like Marissa and Owen are having their own little wrestling match in the last picture. ha! I absolutely adore that picture of Emmett and GrPa Cooley!!!! Perhaps you could make daily trips to the library to enjoy that lull?!? ;)

we don't have a post library lull. maybe once they can read and they can answer for themselves the myriad of questions they always have about new books. and yes, i always prefer to do bacon in the oven! love the picture of the boys all huddled around the movie poster. :)

I need a Bacon Watcher! It's especially tricky here because my oven light doesn't work. :-) I agree that bacon in the oven is best (and I don't get burned, big plus). I love the cheering section at the meet!

I recently coverted to oven-baking bacon--it's great! (And so much less messy...the grandpa picture is so sweet. :)