Last Friday afternoon we made our way over to Holmes Lake on some borrowed sleds.  We had hoped to make it out to the sledding hill at Pioneers Park too, but as the weather has been so bitterly cold the kids really haven't ventured outside since (plus there have been enough new Legos and books to keep us busy indoors). ;o) 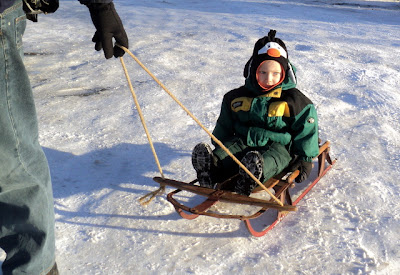 This was Owen's first "real"attempt at sledding.  Josh and I were making him ride with us, but after one accidental run down the hill on a saucer sled by himself (which Josh and I watched holding our collective breath . . .) he decided he could do it himself.  And he did, over and over, with not a single wipe out.  Now coming back up the hill, that was a bit trickier. ;o)﻿ 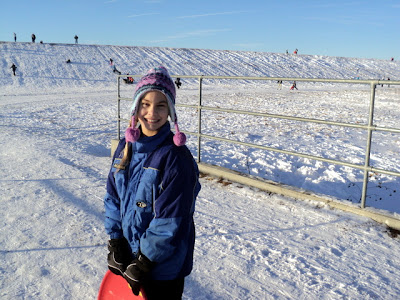 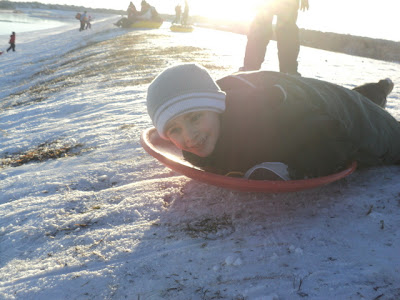 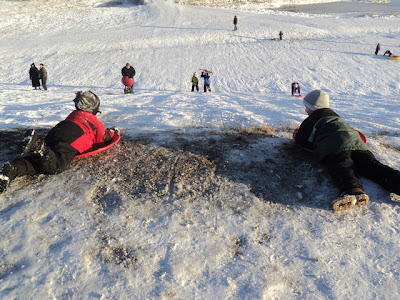 I love this picture of the boys at the top, I think commiserating, and the sisters at the bottom, possibly in the path of "danger squared" . . . Jackson seemed to have a hard time taking stock of what was in front of him before heading down.  Thankfully he didn't take anybody out. 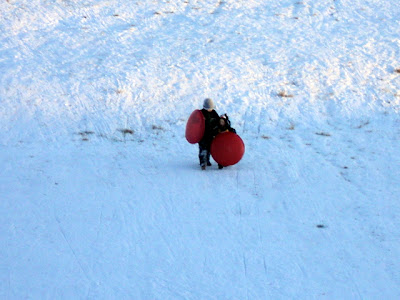 You can't see this really well, but Owen was struggling to carry his sled back up, so Jackson walked over to him and held his hand to help him along.  My heart was a puddle of mushiness (Jackson kind of struggles to think of others ahead of himself, so whenever he does it totally melts me). 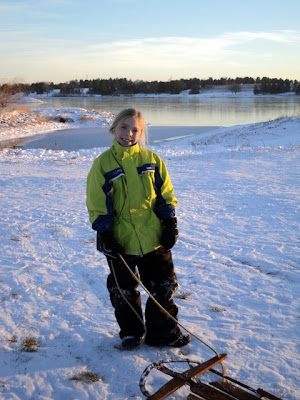 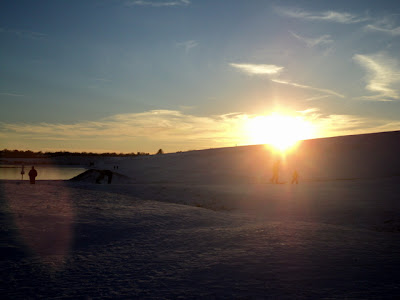 Definitely the "snow much fun" I hoped to have this month. ;o)
Posted by Janna at 7:46 AM

Wonderful photos of a fun time! (And I love to see/hear how Jackson is growing!)

so fun! my boys love sledding too (though our 1 trip this year lasted all of 5 runs down the hill). so great to see all your kiddos enjoying it!

Oh wow now THAT is a hill to sled on, I'll have to keep that in mind for future years. Glad you all had fun--cute pics. :)