I'm calling this week "Visions of Sugar Plums" because mostly it was a week devoted to creating tasty things in the kitchen. ;o) 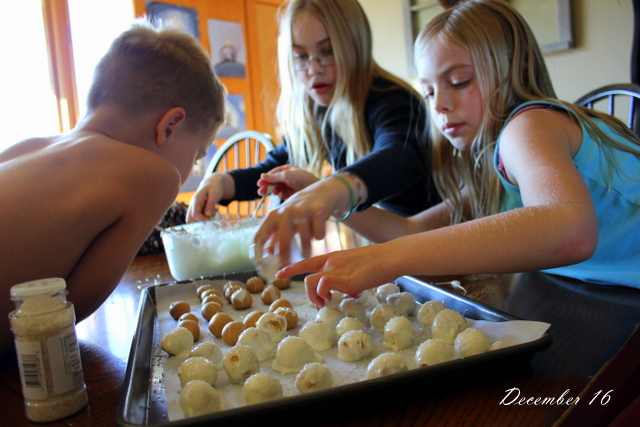 We made Peanut Butter Snowballs.  I think I last made these in high school, and after making them this year I have wondered why it took me so long to pull out the recipe again--so yummy (and easy!!).
~ 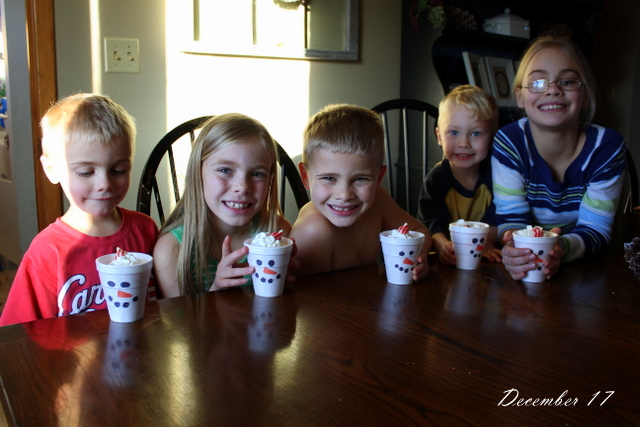 Peppermint Day!  There was the reading of The Legend of the Candy Cane, peppermint play dough, and the most awesome Candy Cane Milkshakes.  You make a simple syrup out of candy canes and water, which then gets blended with ice cream, a bit of milk, and some extra peppermint extract. They were really good and definitely going to need to be a tradition (on perhaps a weekly basis . . . I've been craving another one something fierce). ;o)  (Let me know if anyone wants the actual recipe and I'll hunt down that link).
~ 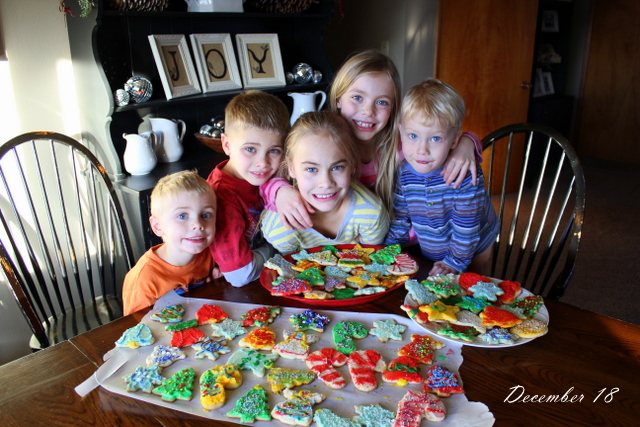 Crazy Cookie Decorating Day!
We spent the morning in Kearney, getting home about 2:00.  And then I quickly mixed up frosting and the kids got to work.  In the meantime I am readying the house and prepping food for a group of wrestlers set to arrive at 6:00 for a little Christmas party and viewing of Rocky IV.  It was so busy, but we pulled it off (and then I collapsed into bed . . .).
~ 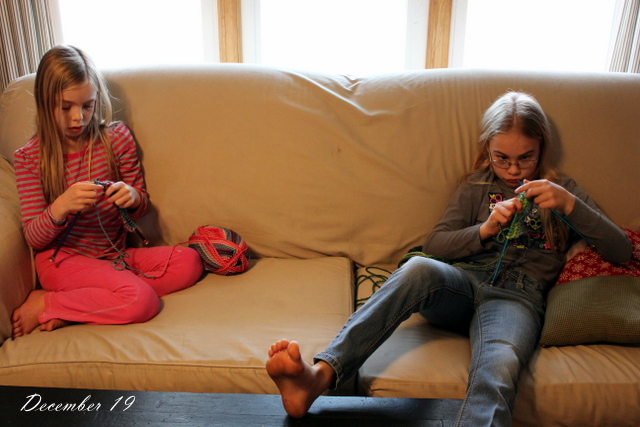 First true snow and a blizzard moving in--perfect weather for the girls to begin knitting their first scarves.  They let school out early and we debated throwing everything in the van and heading to Lincoln in an attempt to outrun the storm.  We decided against it so I got to spend the day packing in a more leisurely manner.
~ 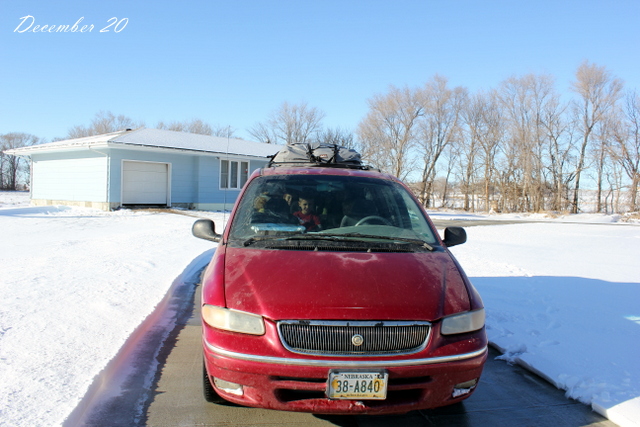 Lincoln bound for a Christmas vacation--had to pull out a topper for all the snow gear!
We waited until afternoon, but the interstate was just awful.  I'm so thankful we arrived without mishap.
~ 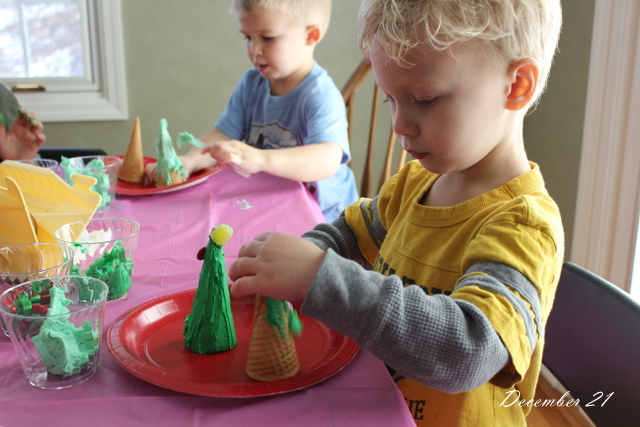 We spent the morning at my sister's house playing and decorating sugar cone trees and having a tasty lunch.  Later that day we went sledding (those pictures to come--they're on Bella's camera).
~ 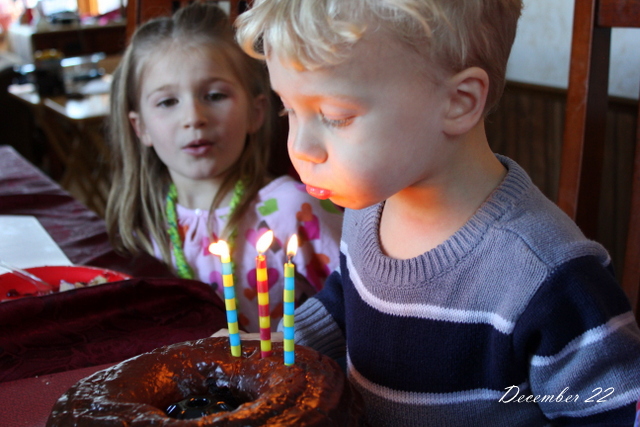 Celebrating a happy 3rd for my little Owen-boy and having a Hansmeyer Christmas out at my parents' home--a fabulous day!

Your girls can knit, your boys play chess, I tell you, your kids put me to shame! :-) Love all the Christmas baking and so glad you made it to Lincoln safely. <3

i just knitted my first scarf as well! so fun to see your girls enjoying a yarn hobby. :)
love all the yummy crafts as well. have fun with your clan this Christmas!

Did you already master knitting so you could teach it to your girls? Go, Knitting Granny, Go! :)

What a great week! Love the 'action' shots of cookie making...and what pretty cookies! Your 'get-up-and-go' continues to amaze me, Janna. What special memories you're all making together. Hugs to you--so glad to catch a quick hug from you and see your cuties in person. HAVE FUN and enjoy your time back!! :)

Love the determined look on Rissy's face while knitting!