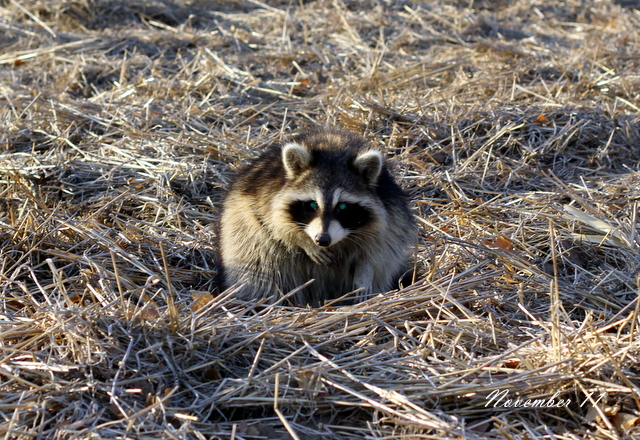 Late Sunday afternoon we saw a raccoon in the field behind us, just kind of sitting there.  Now, that is kind of odd behavior for a coon--they don't usually just sit out there in broad daylight when people are around.  Knowing raccoons can have rabies, and seeing as this one was acting odd, I (being the loving wife that I am) sent Josh out to photograph it while the kids and I all huddled at the back door with baited breath.  Josh got close and the thing really didn't move--we think it was injured in some way.  It lingered there for the rest of the day, but was gone the next morning.
~ 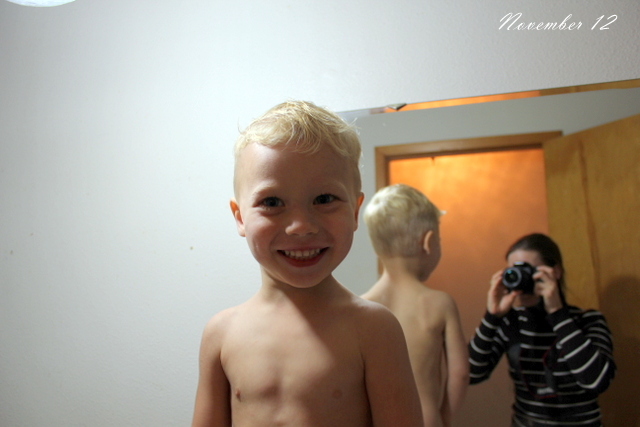 The haircut.
*Sigh*
After the first initial clipping he performed on himself he went on to cut his hair twice more.  And while if I styled it very carefully and gave him a bit of a comb-over he could still pull off the curly locks, it was taking a lot of effort.  If I didn't do his hair he looked pretty pathetic.  Josh and I came to agreement that it was time.  The girls begged me not to, but it had to be done.  Owen was quite gleeful about the whole process and pretty proud of his new look.  We all spent the next few days confusing him with Emmett, but I think we're getting used to it now.  I'm not going to lie--cutting off those back curlies made my mommy heart SO SAD.
~ 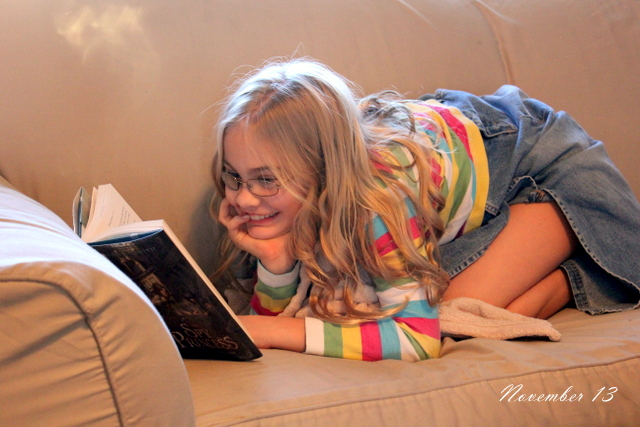 Marissa quote of the month, "I was getting so stressed out--writing my book, practicing violin, schoolwork . . . and then I just decided to lie in my bed and read!"  I'm glad I have taught her how to properly cope with life . . . *ahem* ;o)
~ 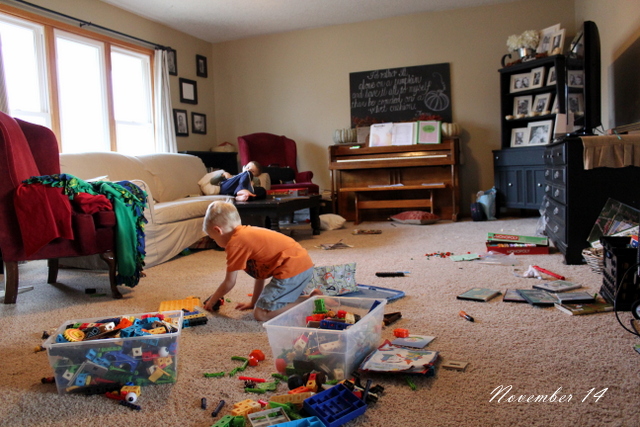 Jackson and Emmett trash the living room on a daily basis--their days usually involve several board games, Trio blocks, Lego blocks, and some collaborative action-packed artwork. In this picture they are working at getting the living room back in order before Daddy comes home.
~ 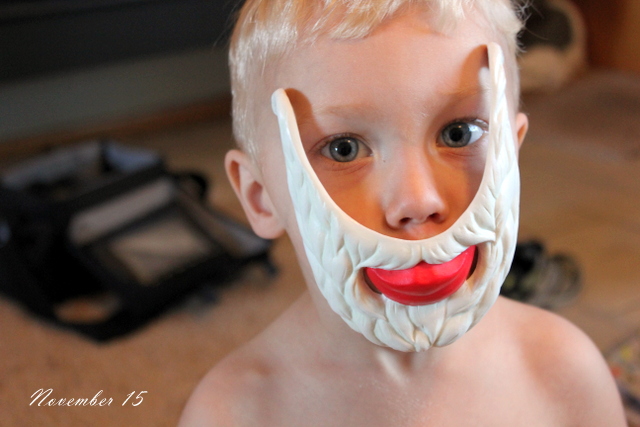 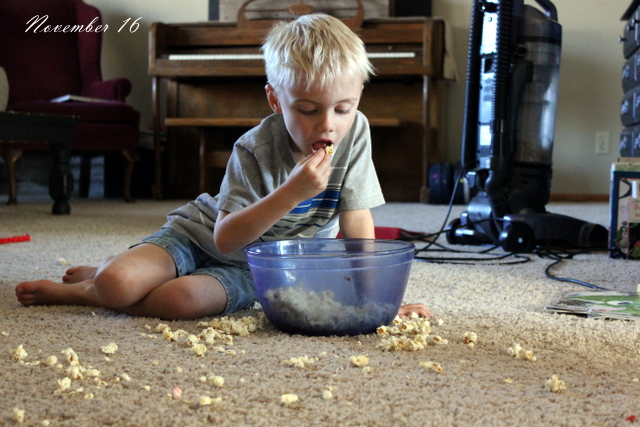 One of many reasons I never put the vacuum away.  It's possible I run the vacuum about 10 times a day--such a quick and easy fix that automatically makes a room look better (and absolutely necessary after a popcorn snack!).
~ 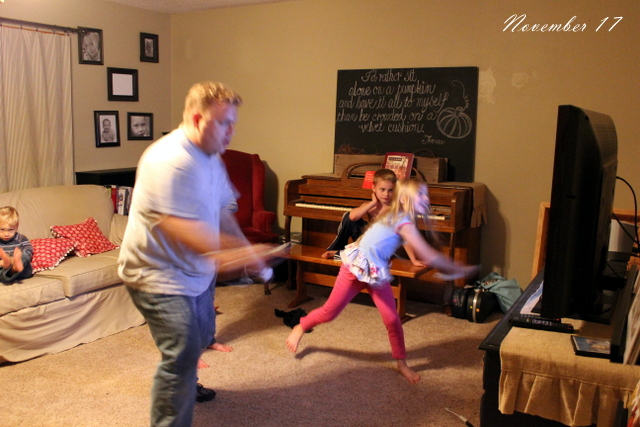 Daddy and Isabella duke it out on Wii boxing.
Now, I'm not a fan of video games.  However, one Saturday a month I've been letting the kids play for the afternoon.  We also have instituted something of a chore list where they get paid in "tokens" (poker chips).  Once they have saved up 30 tokens they can trade them in for $5.  Or they can take 10 tokens and buy an extra hour of Wii time on Saturday. (Token "pay day" is Friday night).  So far it has proved to be a good system.  And I have to admit, they all seem to work up a pretty good sweat with all those Wii Sport games!

Aw...Owen looks SO HANDSOME (and grown up!) in his little man-like trim. And he still has some curling waves up front...I especially enjoyed the beard picture. And hooray for exercise for the kids! The raccoon is beautiful. Looks like a fun week in your household. :)

What a fun update! Love the token system!