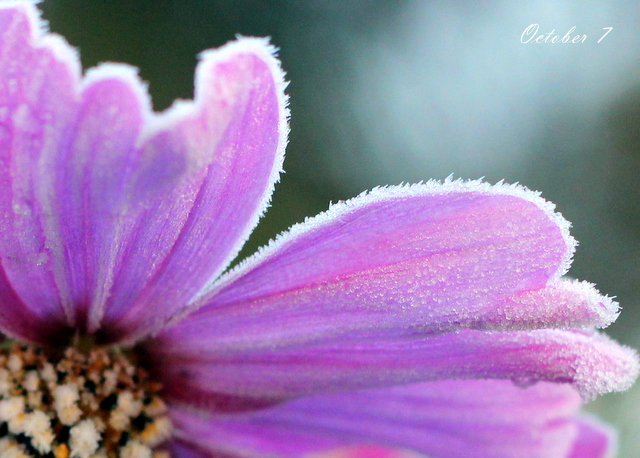 This was the freeze that took out everything else.  The flowers were so pretty that morning encased in frost, but by afternoon they were officially brown and dead.
~ 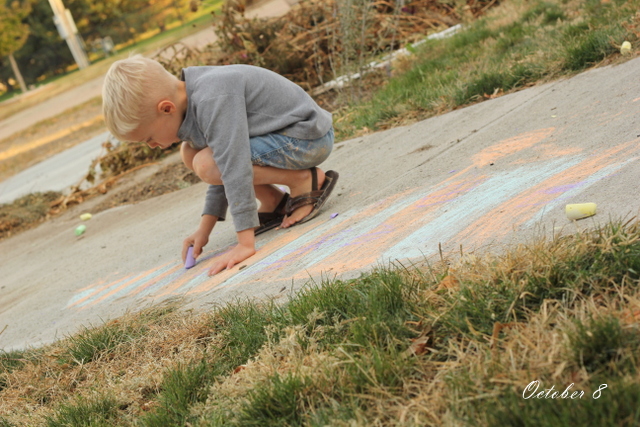 The sidewalk chalk spent most of the summer neglected, but apparently Emmett got inspired this afternoon to draw a "super-tall" striped house.
~ 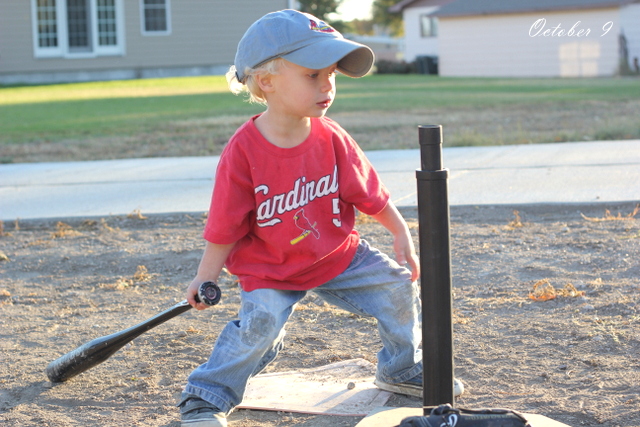 There are some Cardinals fans in my household, and there has been some excitement since they made it to the play-offs.  I'll have you know Owen totally dressed himself this day. ;o)
~ 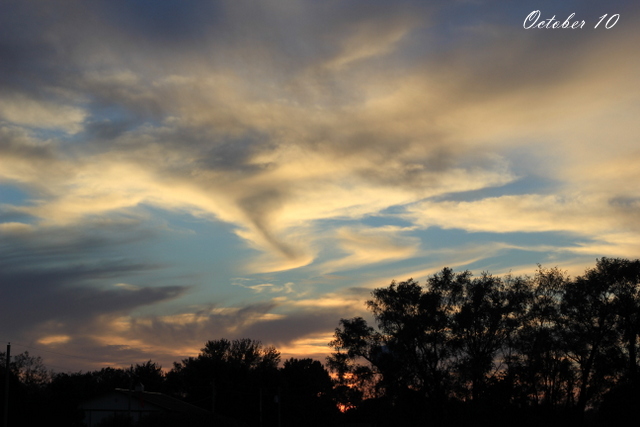 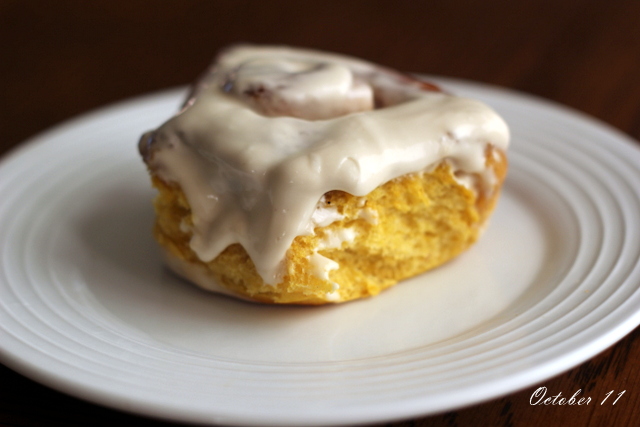 A friend on facebook mentioned making pumpkin cinnamon rolls, and after mulling the idea around I decided pumpkin plus cinnamon roll must equal a good thing.  Oh, it did . . .
~ 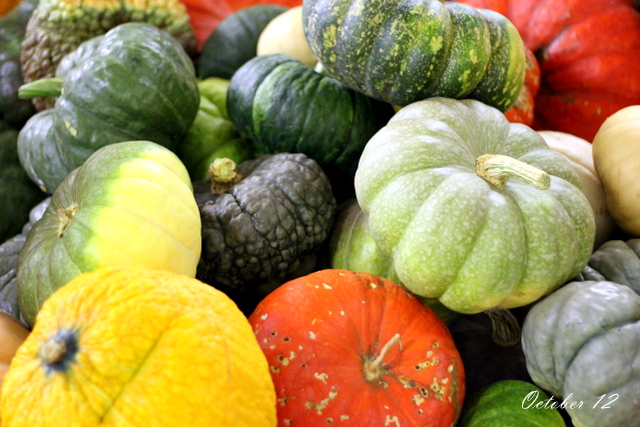 Spent the day finishing my packing, spent the afternoon driving the kids and I to Lincoln for our very own "fall break."  Took a picture of my mother-in-law's pumpkin pile on the back of her truck.
Josh is kind of despondent that between his mom and I there isn't a decent jack o' lantern making pumpkin to be found . . . "All that pumpkin growing and neither of you could go a normal pumpkin?"  'Tis true. ;o)
~ 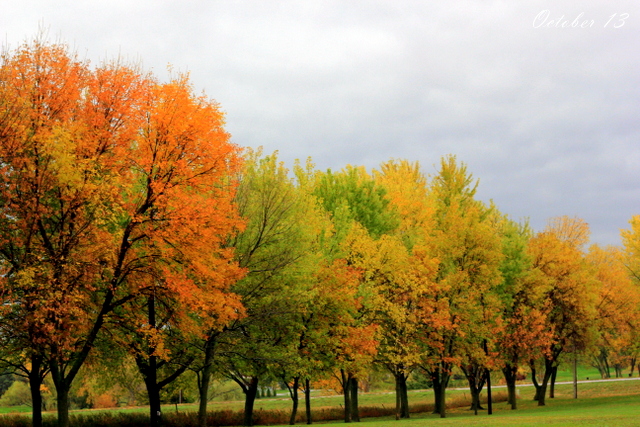 Lovely autumn rain overnight making all the colors just "pop" the next morning.
Have I mentioned I love October?? ;o)
﻿
Posted by Janna at 9:35 PM

you have definitely inspired me to grow my own pumpkins next year. and i love the colors of the trees! so pretty! praise the Lord for all those beautiful colors!

Oh how amazing--the frosty flower! Love that unique shot..and the pumpkins, the cinnamon roll (YUM), the beautiful trees...yay, Fall! And Owen's pose is so cute, ready to slug it out. :)

October is my favorite! Love the colors of autumn you captured.

"Normal" pumpkins are highly overrated---the pile you have looks perfect! :) The picture of the flower with frost is *gorgeous*

Oh, but "normal" pumpkins are a dime a dozen. Not even worth the watering! LOVE the varieties. And yay for sidewalk chalk! Ours are worn down to tiny nibs.