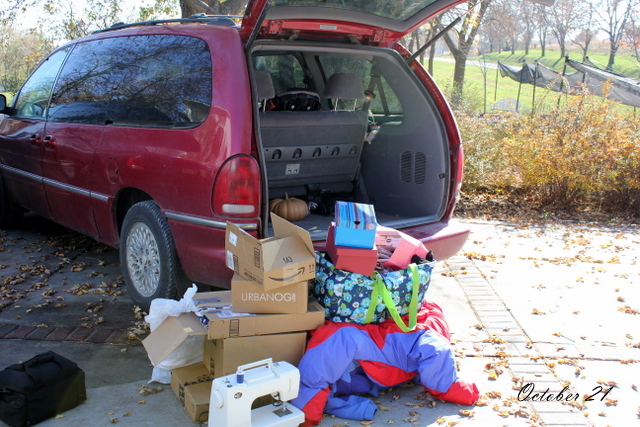 Beginning the process of packing up (two vans!) to head back to Arapahoe.  Josh and I--we've got a pretty good system at this point, honed through many a trip.  As soon as I hit the interstate all three boys were out for the count, which makes for a very peaceful drive . . . and boy would I have liked to join them . . . ;o)
~ 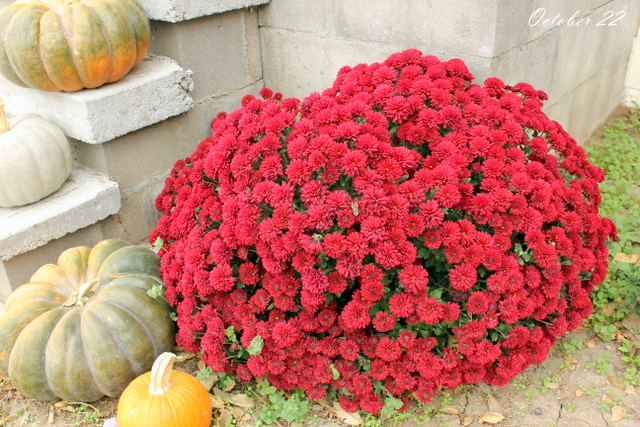 ﻿After being away from home for 10 days and living up all the pretty fall colors back in Lincoln it was strange to come back and discover most of the trees around our house devoid of leaves . . . everything is quite brown and dead looking, except my red mum (the other didn't fare so well).  I keep covering it on the chilly nights hoping to keep it going as long as I can.
~ 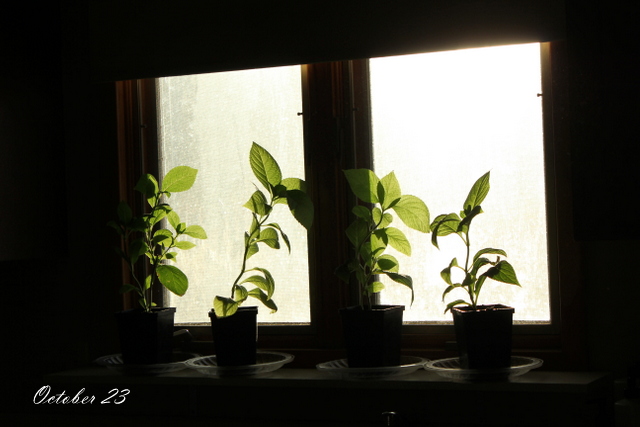 On the hydrangea front, the four cuttings I began in late summer are doing well.  Josh put a little shelf above the sink for them and so far they seem to be getting just enough of the afternoon sun to keep growing.  We'll see how they do this winter.
~ 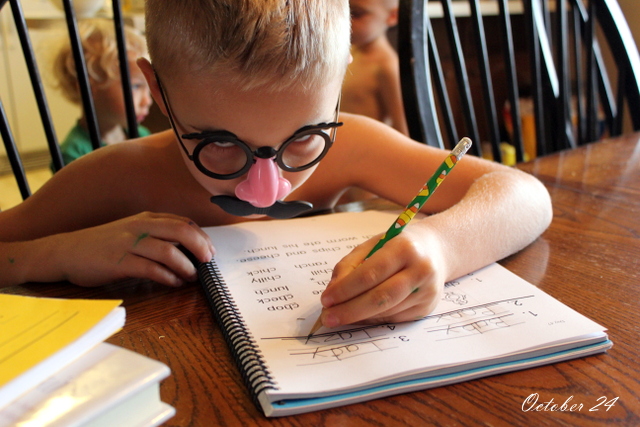 No comment . . . sometimes a picture really is worth a thousand words. ;o)
~ 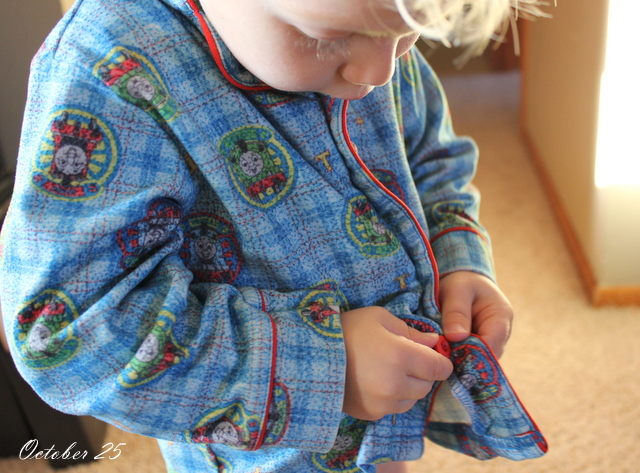 The "Thomas jammies" have completed the boy cycle, first Jackson, then Emmett, and now Owen.  Owen insists upon buttoning them all by himself, even though it takes about 10 minutes and rarely does he line them up right.
~ 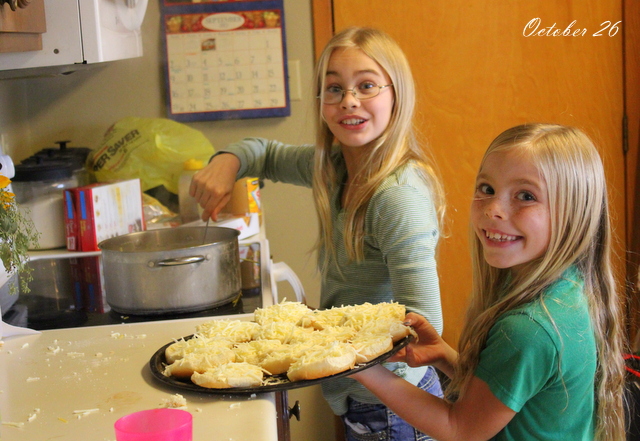 One of the wonderful things about declaring Friday night "spaghetti night" (years and years ago . . .) is that the girls saw me prepare spaghetti (over and over and over again). For a good year and a half, maybe two years now they have taken over the preparation of that meal.  This may come as a surprise, but I am more than willing to have a meal off. ;o)
~ 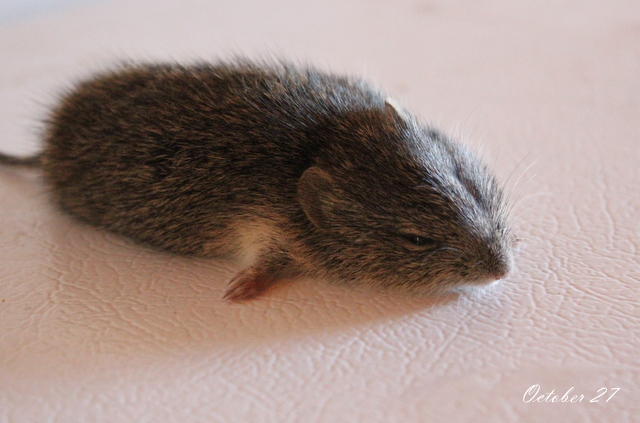 Strange conversations you don't foresee yourself having--
Josh calls from the grocery store downtown "Can you check if we have any tater tots out in the deep freeze?"
I head out to the garage, and notice with disgust a rodent on my deep freeze, "The kids left that dead vole on top!"  I gingerly lift the lid, the vole stays put, and I peek inside, seeing that yes we have tater tots, and then let the lid slam shut.  The vole lifts its head. "Oh!" I exclaim, "He's still alive!"
Our cat does a good job catching small animals.  Marissa was upset about this little vole (most likely the one that was tunneling under my pumpkin plants all summer long).  She noticed it wasn't dead yet, and under the inspiration of all those Brian Jacques "Redwall" books decided she would save its life, taking him away from the cat and setting up an infirmary on the deep freeze.  Josh has since taken care of the situation . . . *ahem*  (In case you're wondering, voles have shorter tales and are a bit bigger than mice).
Posted by Janna at 4:38 PM

Love the picture of Jackson...glad to see the glasses from the kids's table at the reception are getting used. I do have more!!! And, of course, love all the pictures you take!

i like the pic of Owen buttoning the pj's. such a sweety! and good job keeping that mum going. you're more commited than i am. ;)

I want that pumpkin in the back of your van....and your supper making sweeties while you're at it. You can keep that icky (but strangely cute) vole! ;) I *love* the picture of Jackson--what a riot!!

Goodness, I've been off of blogland awhile--EW! the vole. happy to see someone else makes Val's style garlic rolls...and love all your Fall pretties--inside and out. I am LOVING mums--yours are GORGEOUS. :)