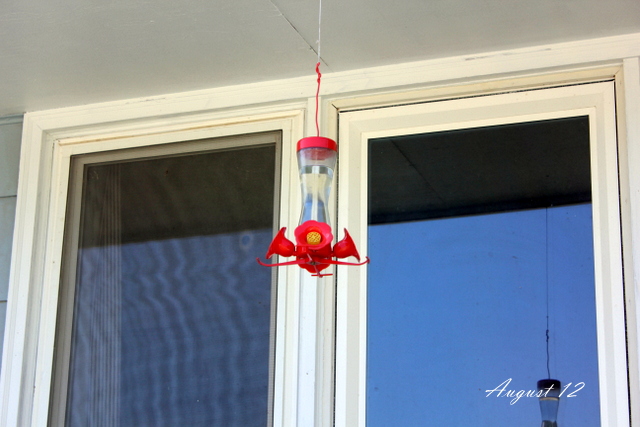 A boring picture of a hummingbird feeder, however, the reason we hung it?  The day before we saw hummingbirds visiting our zinnias!  We're hoping to lure them closer to the house (so far it hasn't worked).
~ 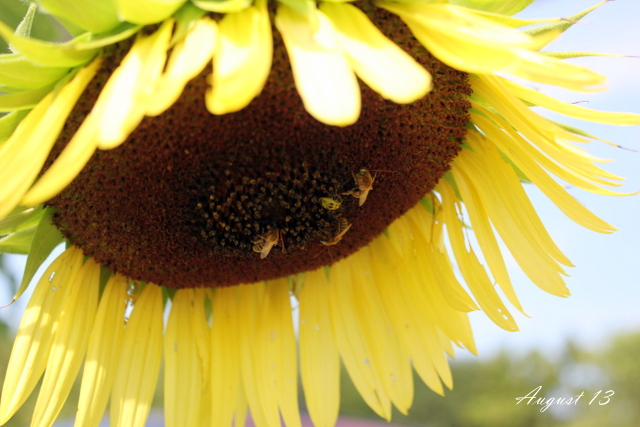 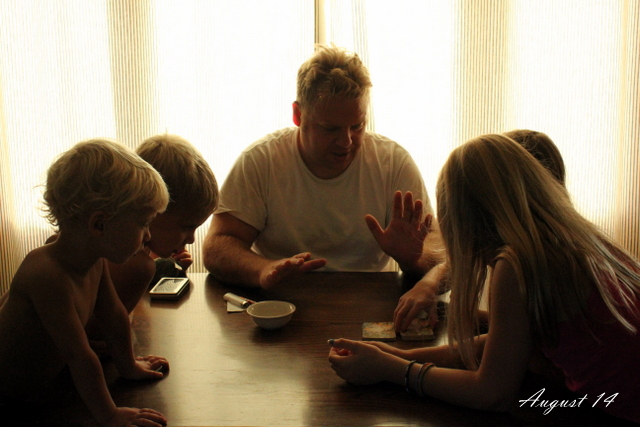 "Magic Night" with Daddy.
Josh amazed and stunned the kids with his magic tricks.  The most heart-breaking thing was watching Jackson try to imitate what Josh did (over and over and over) but nothing would happen.  Poor guy.
~ 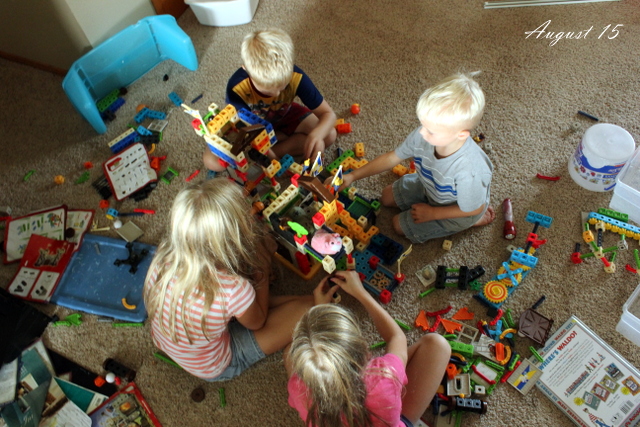 A bird's eye view of four children playing together quite happily.  It doesn't happen often, so I'm always sure to document it when it does . . .
~ 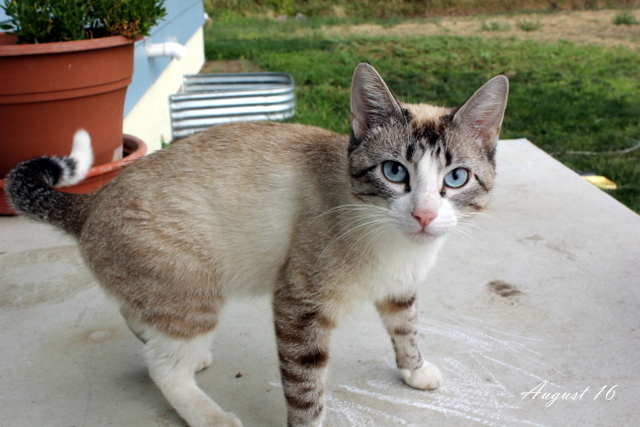 A pretty kitty showed up on our step, we named her "Sky."  We fed her really well, and then later that afternoon learned she belonged to the neighbor at the corner.  The kids were heart-broken.  Sky has been breaking out daily though to come visit us (much to neighbor boy's annoyance), so it's kind of like having a cat.  It'll work for now.
~﻿ 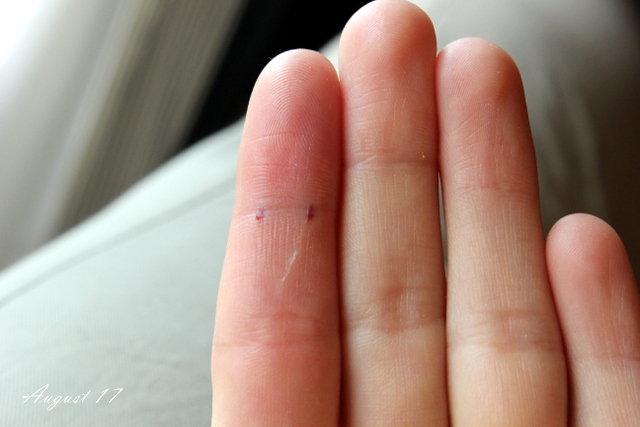 The fork stabbing.
I was putting away the silverware, and somehow a fork wasn't laying quite right, and somehow my hand was in the way, and when I went to shove the drawer shut, somehow the fork ended up in my finger.  It doesn't look like much, but boy did it bleed! And it hurt . . .  Marissa thought it looked like a snake bite, so that's the story I think I'll go with . . . It sounds much cooler.
~ 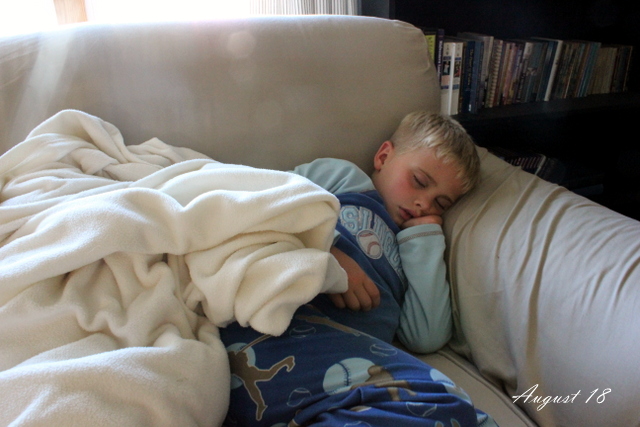 The three "middles" (not Marissa or Owen) spent the night in a tent in the yard.  This was Jackson the following evening at 6:45 p.m.--I'm guessing the camping didn't afford him all the sleep he needed.  And boy was it cold the night of the camping!  They lasted until about 5:00 in the morning and then all ventured inside for more warmth.

The camping sounds fun! And LOL at the magic trick (poor Jackson)...love your pretty kitty. It's the best of both worlds, right? --enjoying a pet without the full responsibility. :) And ooh, the fork bite sounds like an ugly face-off.

Ahhhh, camping, I look just like Jackson when I get home from camping. ;-) And thanks for the warning about forks...

My favorite picture is the birds-eye view of the kids playing legos. Don't you just love taking pictures from a new angle?