I think I can officially proclaim we have finished our school year.  Our first year of me doing all the planning went well, and wasn't really any more difficult than any other year.  While I still love My Father's World and debate about going back to it, I also like the freedom to pick exactly what I want to use, and the lack of guilt I have when I didn't follow the directions (in MFW).  It's also fun because I can cater to my kids' interests--for Marissa that meant lots of vocabulary work (she loves it!!). ;o)

On a similar note, this is the first year in many that I'm missing the home school conference.  Originally I had planned on coming back, but as our spring filled up with trips (kicked off March with a little trip to CO and have since followed it up with SIX trips to Lincoln completed by either Josh, myself, or all of us together) I just knew I needed to stay put this weekend.  Still, I will miss my two days of book perusal--doesn't get much better than that!!

I have ONE long-ish run left in my half marathon training!  Next week has a few shorter distances and then several days of resting up the legs for the big day.  I think I'm ready . . .  And for the record, in spite 12 weeks of concentrated training (preceded by a month and half of getting ready for training) I did not lose a SINGLE POUND!  I maintained my post-nursing-I-don't-remember-how-to-eat-weight, the same number I always gravitate back to.  I would like to think I'm a bit trimmer though, and I think I rediscovered some forgotten muscles in my upper legs (people, it's hilly out here!).  Weight is just a number, right?  However, it's been YEARS since I've been in this good of shape (cardiovascularly speaking) and that's what counts.

I'm gearing up for an extended stay in Lincoln--next week I have to be there for a pre-op physical for Owen and Owen's "cavity surgery."  Marissa is joining my mom and the Crete fourth graders for Pioneer Day. Then there's the half marathon. And then we're lingering until the 11th due to a follow-up appointment for Isabella's asthma.  Josh is driving out separately (he doesn't want to miss my racing debut . . .). ;o)


Speaking of Pioneer Day, I'm hoping to get this put together today: 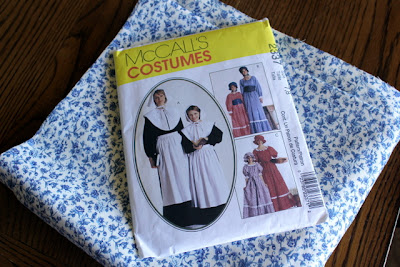 (a version of the dress in the top right-hand corner and the bonnet . . . and maybe an apron if I'm feeling super ambitious)﻿

We have acquired a hedgehog.  His name is Winston Quiverprickles.  Currently he is Josh's classroom pet (because every physics class needs a hedgehog).  But once school is out he is officially ours.  Apparently they eat cat food.

Josh officially ordered us "smart phones" yesterday.  (It would seem that sewing a big enough pocket in my messenger bag worked!! If you sew it, it will come . . .). ;o)  I'm pretty excited to join the rest of the world in phone technology as well as have a handy little camera for all those casual pics I miss because I don't want to lug the big camera everywhere.  I believe we're getting Droid 4's.  Let me know what apps I need.  I'm utterly clueless in that regard (like, can the same apps recommended for the iPhone be used on a Droid?).  No more painfully slow texting on my old-fashioned phone!! Yippee!!

There are some "good mail days" up ahead . . . the phones, a Mrs. Meyers order because they had free shipping (HUGE savings because of that), some books from Amazon (butterfly and gardening oriented), bicycle tubes filled with "goo" so they don't go flat (I'll let you know how that works).  Good mail days always make me happy! ;o) 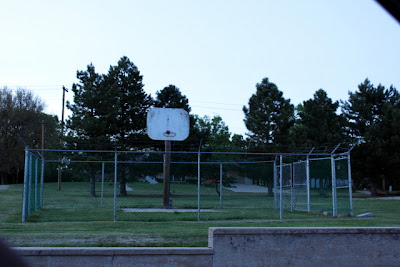 Should you ever find yourself jailed in Furnas County be rest-assured they have an exercise area--a basket-ball hoop confined to roughly a 12x12 area (complete with barb wire fencing).  It's located right next to the main road in Beaver City, so all your mad b-ball skills would be on display to those passing by.  Josh and I found this all quite humorous. ;o)

Hope you all get a wonderful start to your weekends!!
Posted by Janna at 8:40 AM

I think you better start sewing appliance covers for a Bosch, Vitamix, and Kitchen Aid mixer and see what shows up in the mail.

I'm so happy for you with your school year being done and seeing the fruit of your efforts paying off in planning it yourself!! Yay! I'm not going to convention this year either and it seems a bit strange. Mostly, I think I will miss the shopping, but I'm also thinking it will save me some money. :)

LOL at the caged court! ..and Love Kathy's sewing idea (maybe I should try THAT). Congrats on another year of school finished. Wish I could be there to cheer you on at the 1/2--have fun!! :)

Jealous of your smart phone. Now you don't have to remember to print off a Hobby Lobby 40% coupon, you can just show it to them! I keep telling Joe that this one little thing would save us a lot of money. :-)