So, where are we?  Like on "Day 24" of trying to thinking of something to say for 31 days in a row?  I'm starting to run out of steam. ;o)  But we had some beautiful weather this weekend, and while I had hoped to get a nice group shot of my kiddos--something kind of formal-ish that I could use for a Christmas card-- it didn't quite go as I had hoped.  Quite abysmal really.  I'm just not certain it is possible to get a decent picture of five active children.  I did follow my kids around with a camera though, while they were busy doing the stuff that kids do, and ended up with a few favorites. 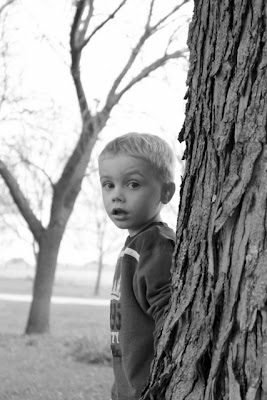 A bit of peek-a-boo around the tree
~ 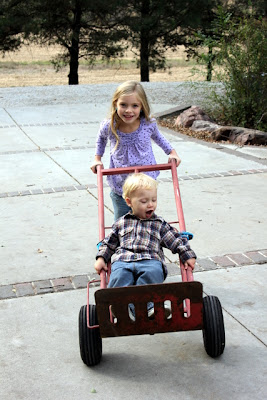 Going for a ride
~ 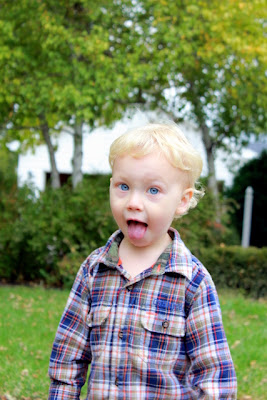 "The tongue" which made its appearance in many a picture
~ 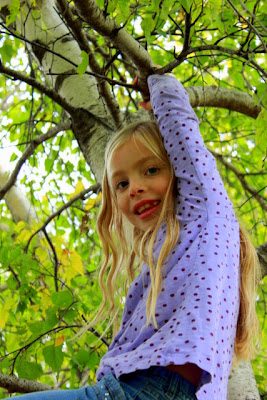 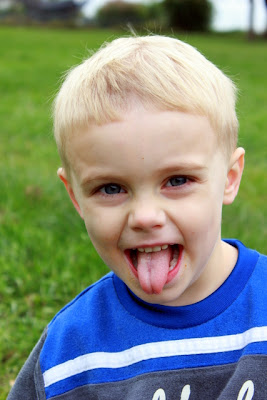 A different tongue--note the missing section of hair?
I didn't do that.
~ 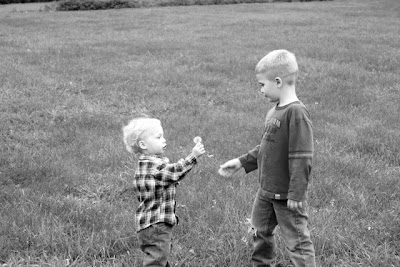 A sweet moment between brothers, Jackson finding a "wish-blower" for Owen
~ 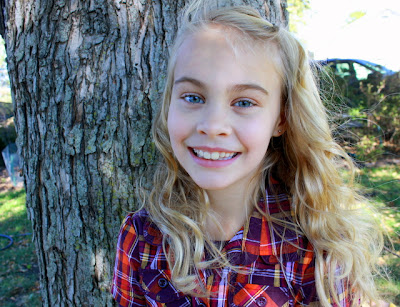 A glasses-less Rissy--can anybody tell me how to photograph eyeglasses without getting an awful glare?
~ 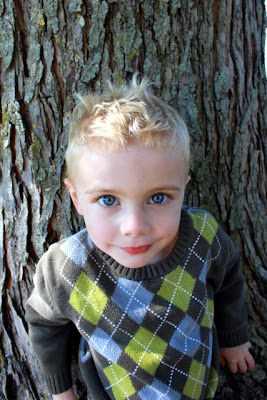 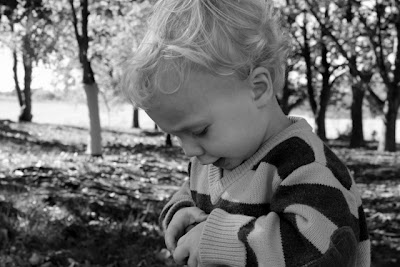 Owen delighting over a few acorns
~ 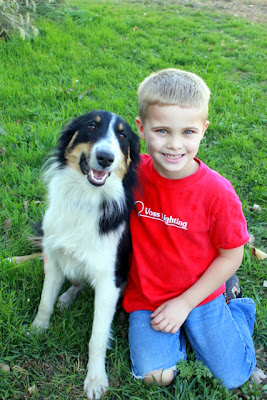 Meeting my parents' new dog Lassie--the nicest and most natural looking picture I have of Jackson. That boy can make some goofy faces! ;o)﻿
My point to this post?  Go take some pictures!  Before you know it there will be no light and it will be cold and you will be indoors--right now it's PERFECT!!!
(because fall is the best of all)
;o)
﻿
﻿
Posted by Janna at 6:00 AM

These are so much fun! I especially love the dandelion gift, and that close-up of Marissa (WOW! She's a beauty)...hope you get that one (and maybe ONLY one...) shot for cards this year. ;)