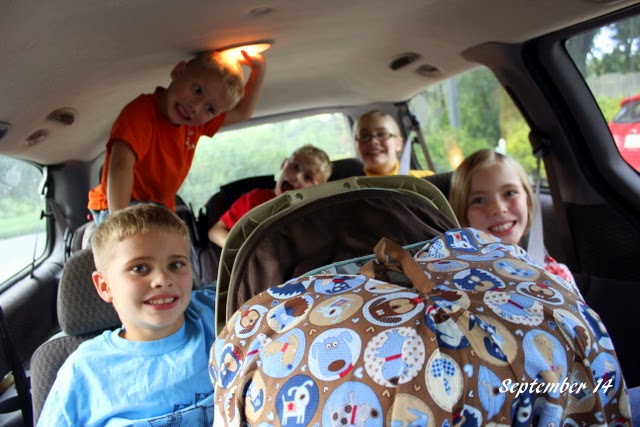 A quick shot of what the van looks like when we travel together. We are filled to the gills!!
~ 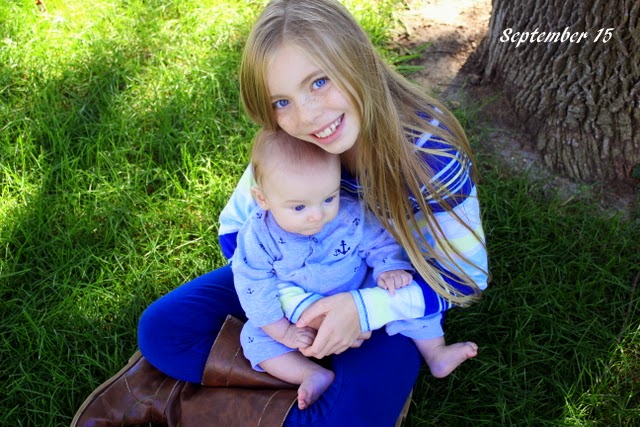 Just enjoying the beautiful weather.  August really likes to go outside. Sometimes we just walk around with him, sometimes we push him around with a stroller. We all need fresh air and sunshine. ;o)
~ 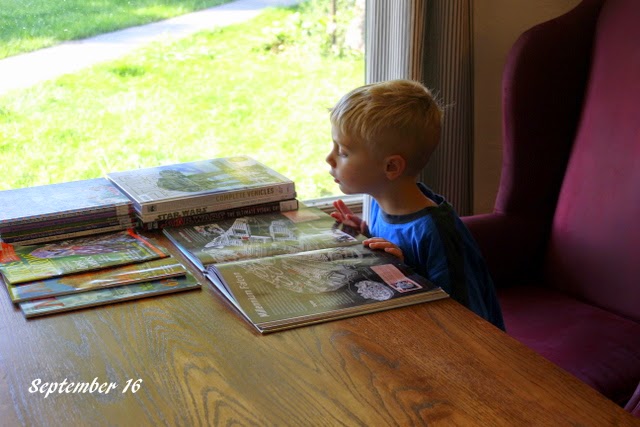 The most coveted spot in the whole house is the front window in the living room where I stuck a small table and my two wing backs.  Everyone wants to sit here! They eat breakfast or read or peruse Lego books or bring their Lego creations . . . it seems everything would happen at this small little space if it could!
~ 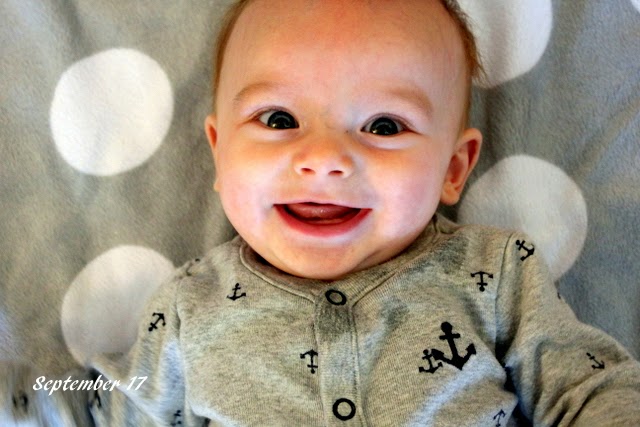 August turns four months old!
At four months he can giggle when he is tickled or when Mommy makes silly sounds and faces.
He can almost roll from back to tummy.  It is kind of funny--he turns his whole body to the side and then plants his face in the carpet but can't quite seem to get the rest of him to follow what his face is doing.  He then gets rather mad. He hasn't been sleeping quite as good lately, during the day or the early morning hours, but he is still just as jovial as can be.  He doesn't really cry when he wakes up but just "jabbers" to himself.  When he gets overly tired he kind of hums/grunts in a grumpy kind of way while nursing. He has filled out quite nicely--I don't think he will be a big guy but he is plump in all the right places (closing in on 14 lbs according to the home scale).  August seems to really like people--and attention--which is a good thing when you are the youngest of six! ;o)
~ 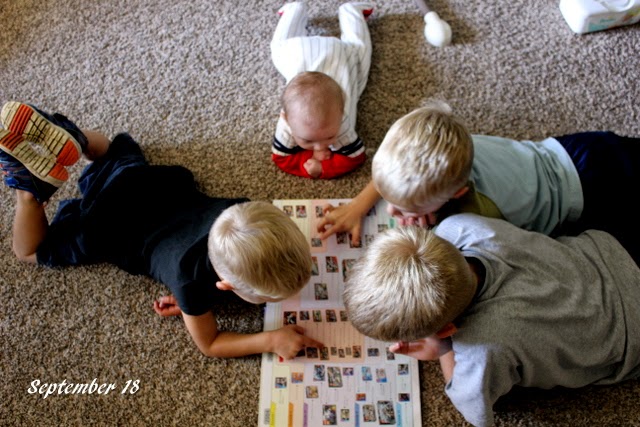 August helps the boys decide what Lego kits they need.
~ 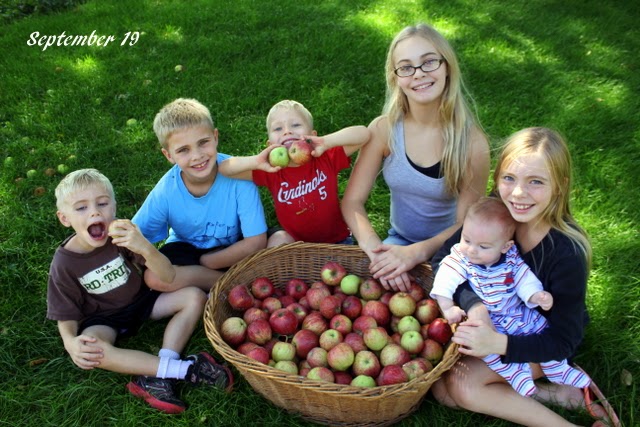 We picked ourselves a basket full of apples from the tree in the backyard.  Applesauce making here we come!
~ 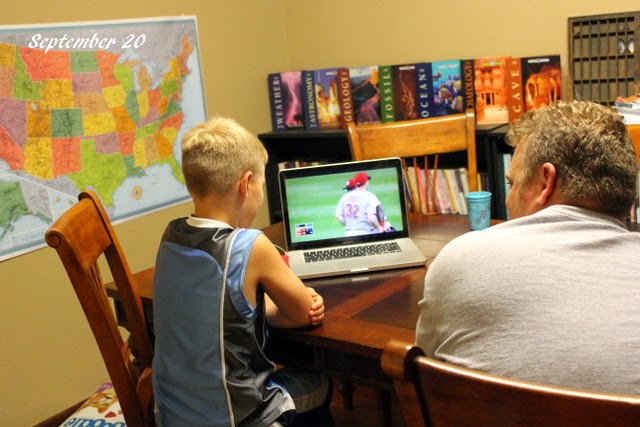 Since moving we have been "tv free" again--meaning we don't have an antennae and we have not subscribed to satellite (we still rent or check out movies).  The kids were all getting ready for bed but I found Jackson and his daddy huddled around the laptop watching the Cardinals play. ;o) That would be the one thing that gets missed on regular tv this time of year.
Posted by Janna at 8:08 AM