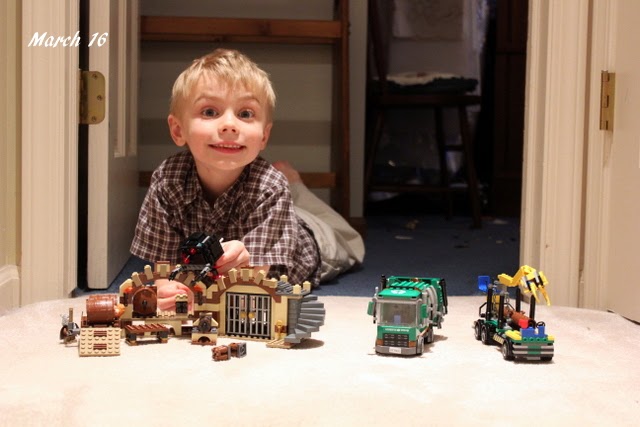 Emmett received four Lego kits for his birthday.  Before we had even served lunch on Sunday three of them had been built (the 4th he opened on Monday, otherwise I'm sure it would have been built too). I'm almost certain we said something about "only opening one" and waiting on the rest until we got back to Arapahoe . . . hmmmm.
~ 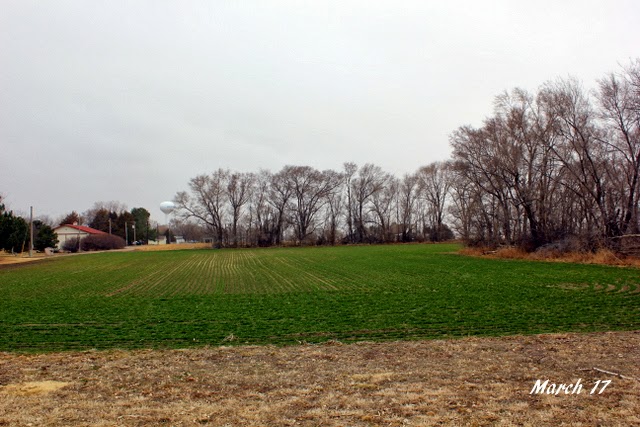 A "cheater" picture . . . Monday was so busy, I had my midwife appointment in Lincoln, we packed up, we drove to walk-through the acreage we will be renting, we had supper with my friend Tiffany and her family in Shelby, we toured the high school (we saw Curtis Tomasevicz working out in the school gym . . .) and we got home at 11:00 that night.  So many picture opportunities, but alas, I didn't have my camera handy.  The next day I noticed how green the wheat field had gotten while we were away.  I'm certain I would have snapped a picture of it on the 17th had I arrived home before dark . . . right?? ;o)
~ 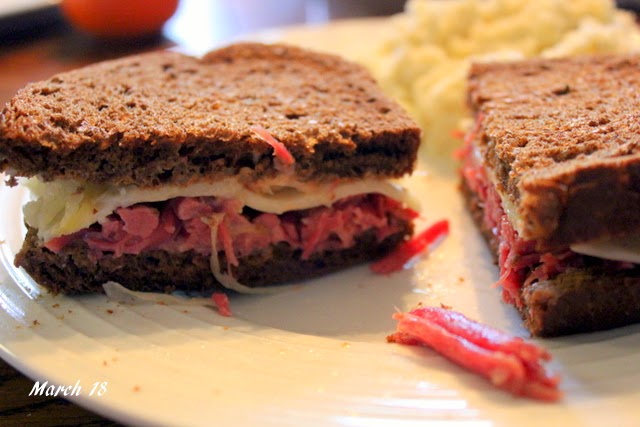 Reuben Sandwiches for supper.  We had to delay our "St. Patrick's Day" feast until we were home.  It wasn't a whole lot of a feast (corned beef, mashed potatoes) but I just didn't have time this year for green punch or anything like that.  Maybe next year? ;o)
~ 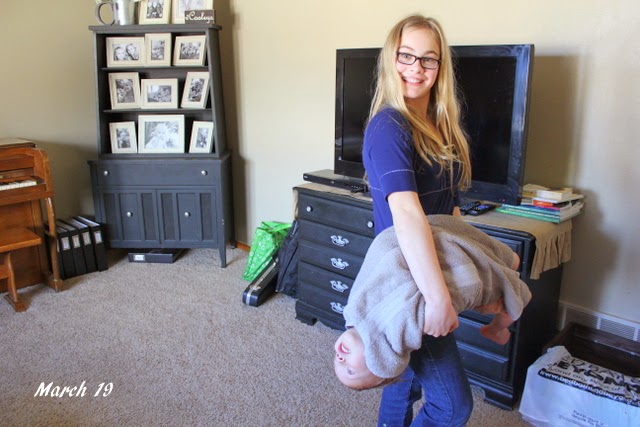 Marissa got Owen out of the bath and followed his request to "wrap him up like a burrito and carry him around like a barrel." And being the good big sister that she is, she humored him.
~ 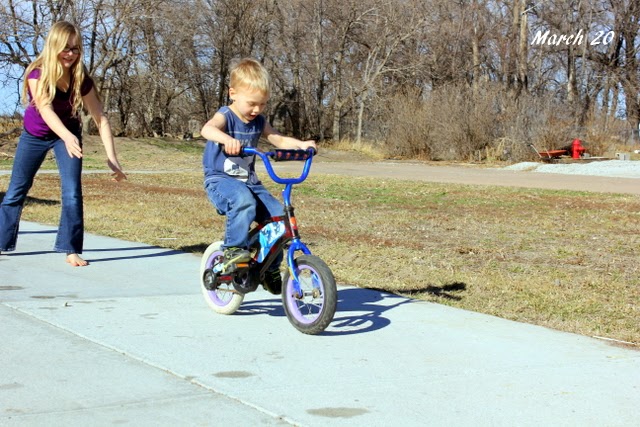 Owen decided to get his old (cobbled together) bike out of the garage and what do you know, he can ride without training wheels!  We had seen last summer that he could keep his balance but he was too scared, so we didn't push it.  But you know, now he is four and fearless.
~ 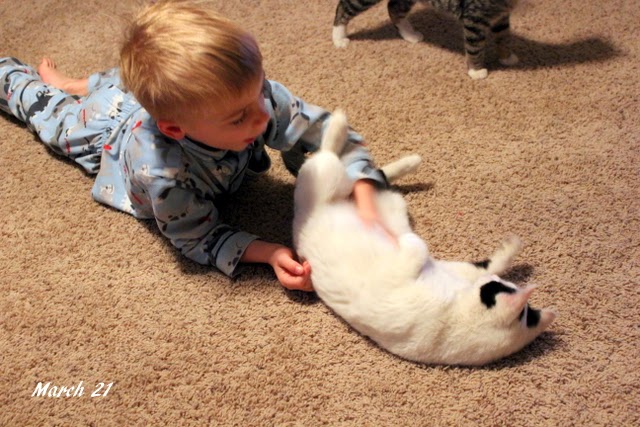 Really, the cats are outside most of the time, regardless of what pictures show you.  Part of Emmett's morning routine is waking up and rounding up a few cats to snuggle/wrestle/vigorously pet.  Oddly enough, I think they like his attention.
~ 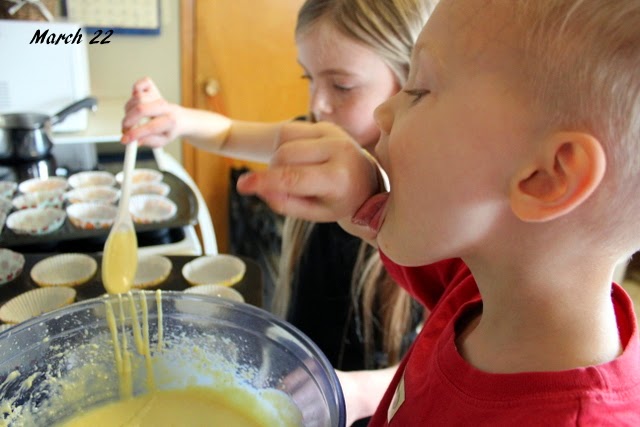 Your little burrito barrel looks like he'd be a natural for Yoga!

Yay for some *green* which seems just the right picture for March 17th.

YAY Owen! Fun shots--love the legos, the boy burrito and your cute little bakers! (And your waistline looked *lovely* last I saw. ;) --it's supposed to be growing!!) Hugs to you, friend.

Lovely! I loved these snapshots into your (steadfast) life. Blessings, Annie