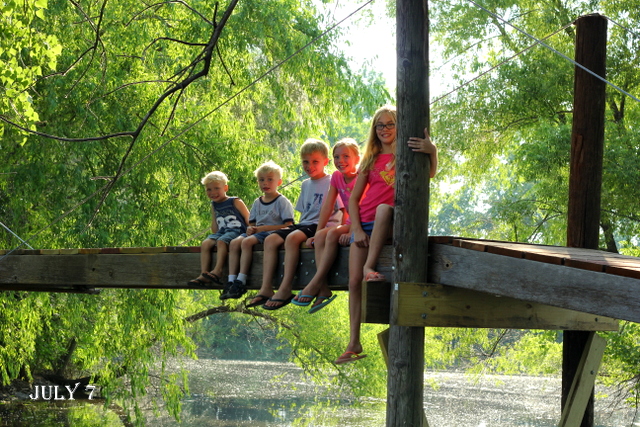 We spent the afternoon at my parents' place and made a visit out to the pond.  My dad removed the old deck at their house (and put up a new deck in its place) and used the old deck lumber to build a bridge to an island in the pond.  It is pretty cool!  We had fun catching some fish and later discovering we had been eaten alive by chiggers. ;o)
~ 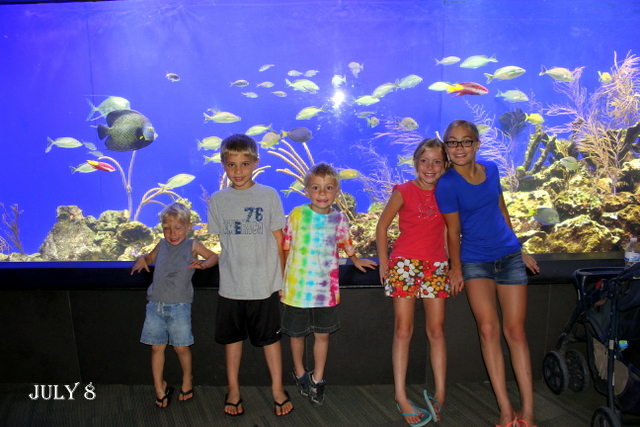 After a fun first morning of VBS we got ourselves up to Omaha for a zoo visit.   We hadn't been there since moving.  We purchased a membership because basically it costs $20 more than buying a day pass for each of us.  If we go just once more in the next year it will have already more than paid for itself. And we get to go to the Imax for free (which is always a nice option when you feel the need to sit in a cool, dark air conditioned place after hiking those zoo hills in the heat!).
~ 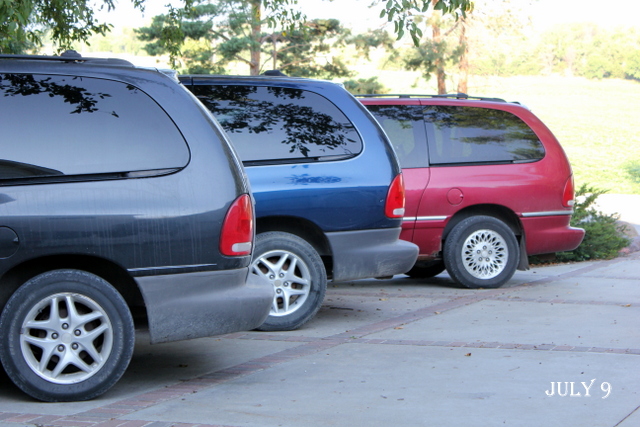 Because you know, we didn't think owning two minivans made us cool enough we thought we'd add another to the mix. Actually, both the black and red one are getting up there in miles, 178,000 and 200,000 respectively.  And while the blue one has 192,000 Josh got it for a sweet little $850. We figure between the three of them we should be able to keep at least two running for a couple more years.  That, and we're stock piling awesome school vehicles for our children once they hit driving age.  Won't they love us?? ;o)
~ 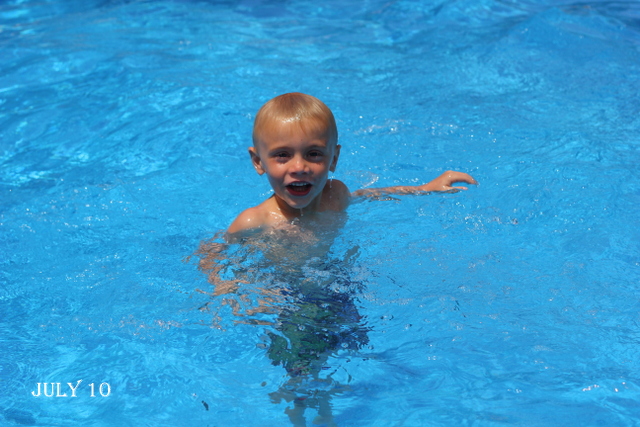 A quiet day spent enjoying Grandpa and Grandma's pool.  This guy discovered he is able to go off the board and make it to the ladder without drowning!  Yay!!
~ 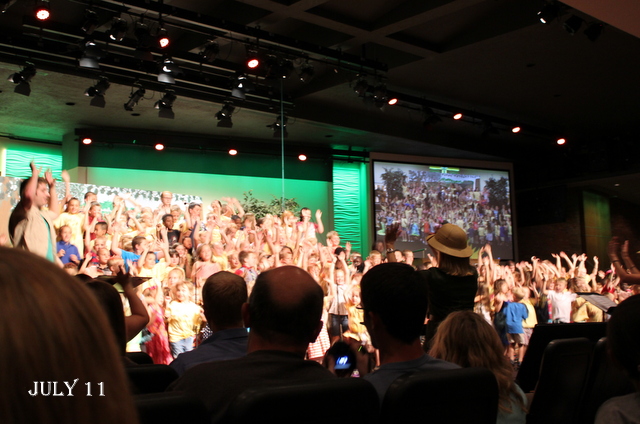 VBS concert--always wonderful.
You might notice that little fellow in blue on the right there, with his backside to the audience?
That would be Emmett, discovering the camera was recording all his actions on the big screen.  Joy.
Josh and I were so proud . . .
~ 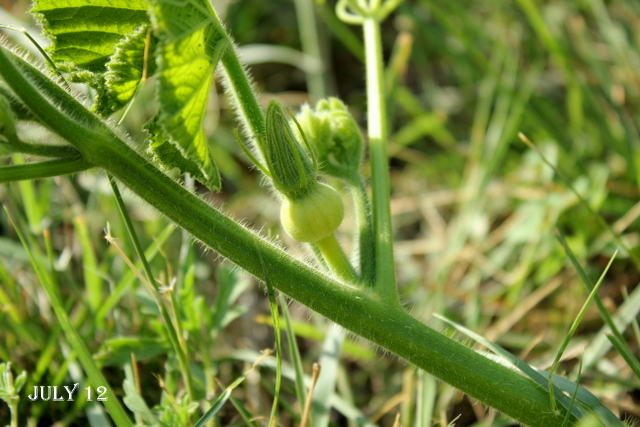 The kids and I made the afternoon drive home.  A quick perusal of the plants was first on the agenda.  I was happy to see the female pumpkin blossoms are gearing up. ;o)
~ 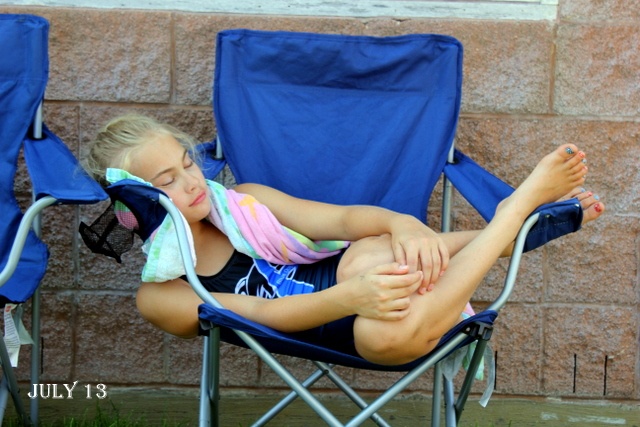 This pretty much sums up how we all felt about spending 9 hours at the Lexington Aquatic Center in 100 degree heat.  It has to be in my top five of WORST DAYS EVER SPENT OUTSIDE.  It might be #1.
Posted by Janna at 9:47 PM

I'm chuckling at Emmett watching himself on the big screen. Nathan calls it the "Fan Cam" ha! LOVE that picture of all the kiddos on the bridge. What fun memories they will have from your mom and dad's place. Your marathon swim meet day does not sound fun--when Josh gets done with detassling he owes you *big* time. ;)

LOL on the minivans! You guys are *SO* cool in my book. The bridge is super cool--and wow, that is a L.O.N.G. day at the swim meet. Hope you all can get a little rest/down time. :)

LOL, the vans. I suppose you really ought to find two more, one for each of them! :-) I'm impressed that Marissa could even sleep in the heat. And as one of Emmett's music teachers for VBS, I can attest that he was a very attentive action-doer/singer and 98% of the time was facing forward. ;-)