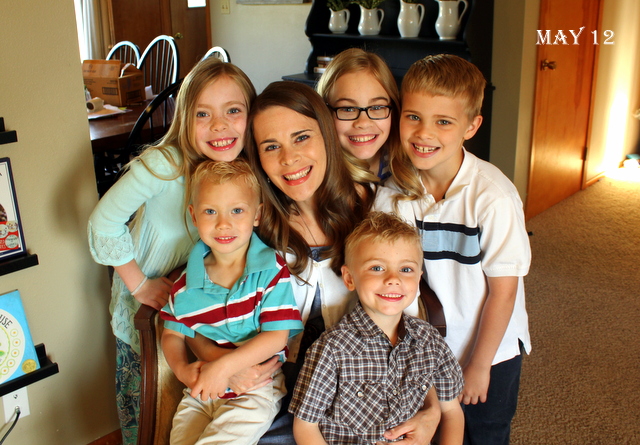 Mother's Day--I am one blessed mama (not to mention look at all that eye contact and simultaneous smiling for the picture--we've come along way!). ;o)
~ There are certain moments in my life where I do miss having the "stereo" effect that two hearing ears would give me--and this was one of those times.  I had heard a strange tapping sound that I couldn't quite place--it was unfamiliar and foreign. I asked a few of the kids if they knew what it was or where it was coming from, but nobody seemed to be honing in on it like I was. A few minutes later when Emmett came into the house sobbing that he "accidentally" broke the screen door window with a rock I figured out what the sound I had heard was. I opened the the front door and the whole window just fell out in a million pieces like a lovely little glass waterfall.  Upon further inspection I counted eight nice-sized rocks on my front step.  I asked Emmett how many rocks he threw, "One . . . or maybe eight . . ." he tells me.  I guess there was a wasp on the window and he was trying to "get it."
~ 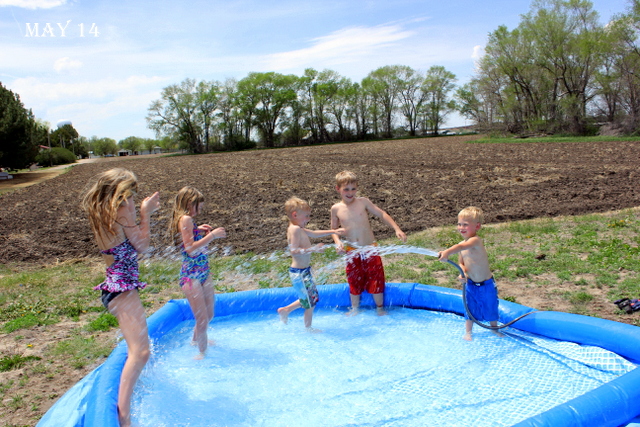 We were given an old pool and seeing as this day reached over 100 degrees the kids thought we should fill it up.  This was about as far as we got.  Don't you just love the littlest guys terrorizing all the big kids with the hose? ;o)
~ 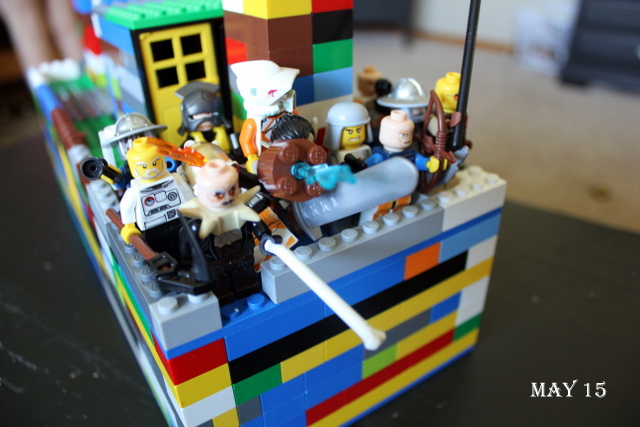 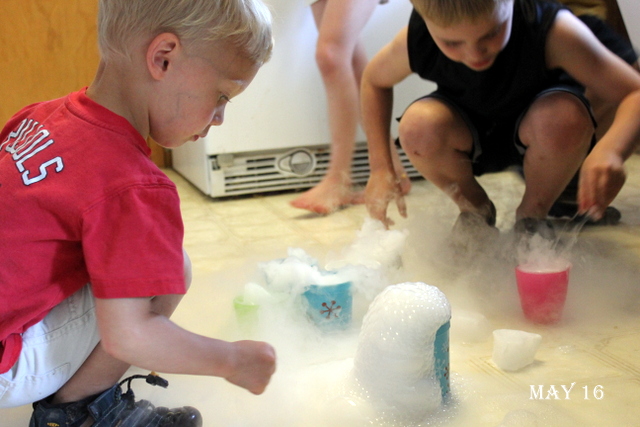 Why I will never win the coolest parent award at my house.
How can you compete with a dad who brings you home dry ice to play with?
Answer--you can't.
~ 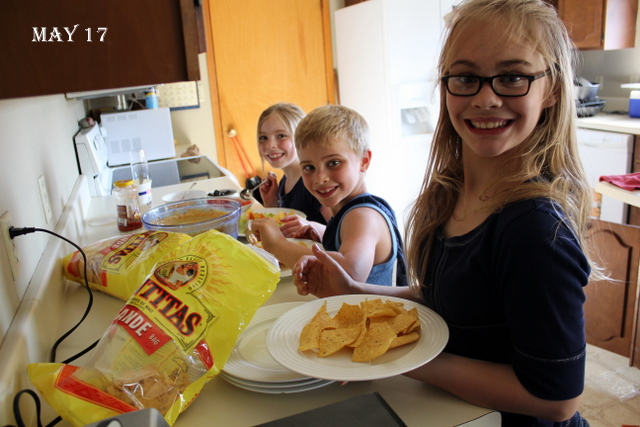 Although Josh does have to go back on Monday for a teacher work day we decided to have a "Summer is here!!" kick-off on Friday night, complete with a nacho bar and root beer floats.  Bring on the summer time fun! ;o)
~ 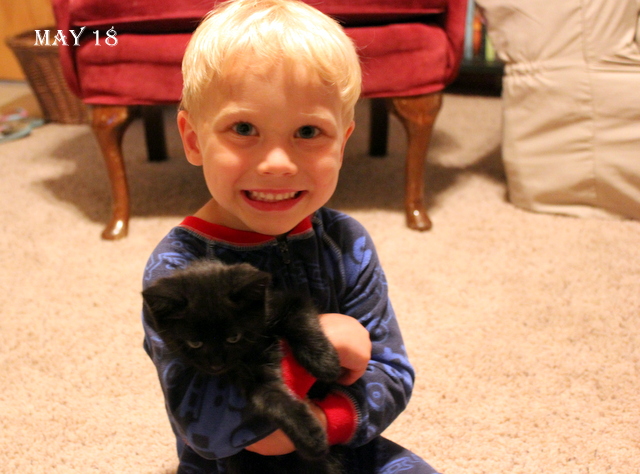 A little boy in his jammies holding a kitten (if I were on twitter and cool and used hashtags I would call this #killingyouwithcuteness . . . but you know, I'm not all that cool). ;o)
Posted by Janna at 7:00 AM

Absolutely *love* the Mother's Day picture--and you're so right--everyone is looking right at the camera with a beautiful/handsome expression. Yay! What a bummer about the door. Thank the Lord that wasp wasn't hanging out on your big picture window!! ;) And just so you know: #youarespecialandverycoolinyourownway

*WOW* the Mother's Day photo is SO GREAT of everyone! ...but *boo* on the broken glass--looks like such a mess. (Although you can sing that oldie, "Walking on, walkin on bro-ken glass..."

What a beautiful picture of you and your cute kiddos. I loved catching up on your blog. Are you going to post all your fun, summer ideas? I could use them! :)

What a wonderful Mother's Day pic! Beauties, all. And the award for coolest parent always goes to the Daddies. Laughing over the "one.....or eight" rocks. :-)