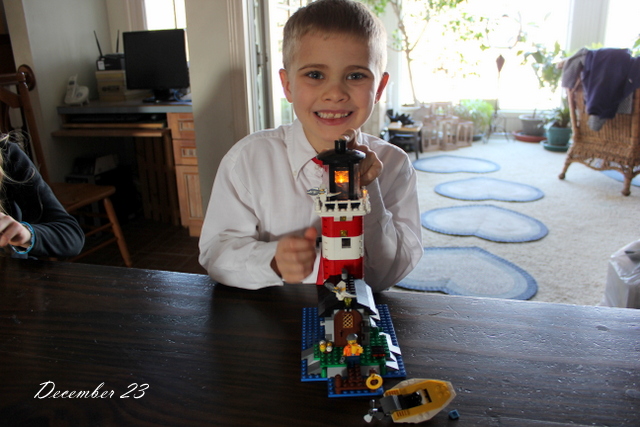 Before he left for church Sunday morning Jackson had finished his Lego lighthouse he received the day before from my parents.  This is such a neat kit!  Not only does the lighthouse open up, with a ladder to climb to the top, but it has a battery operated "light brick" so it lit up, and there is a crank to turn these little "mirrors" so the light can rotate.  Super cool!
~﻿ 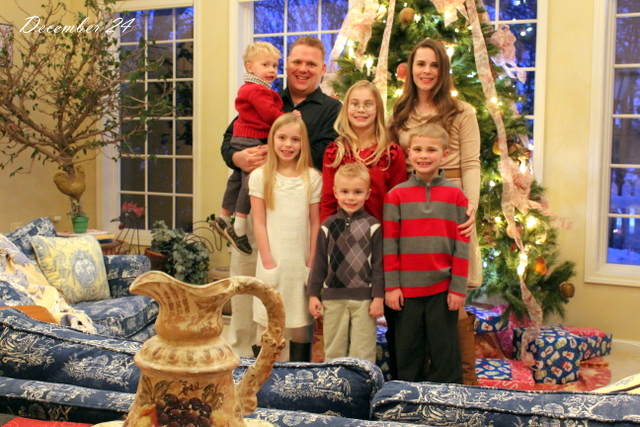 Using the self-timer to get a picture of us all on Christmas Eve.  In hindsight I probably should have moved that pitcher, but at least we are all there, kind of blurry but accounted for. ;o)
~﻿ 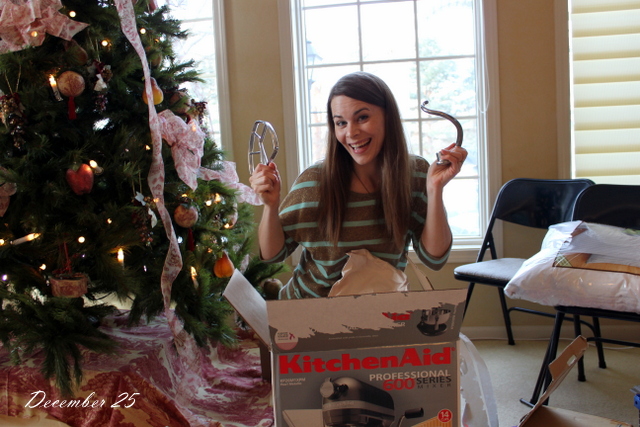 Oh happy day!!
Josh tried so hard to keep this a surprise, telling me repeatedly it was too expensive (maybe next year . . .), wrapping up a different gift and sticking it under the tree (a pillow).  But I just KNEW. ;o)  And I am thrilled!  Both his parents and my parents contributed to its purchase--a very good Christmas indeed.
~ 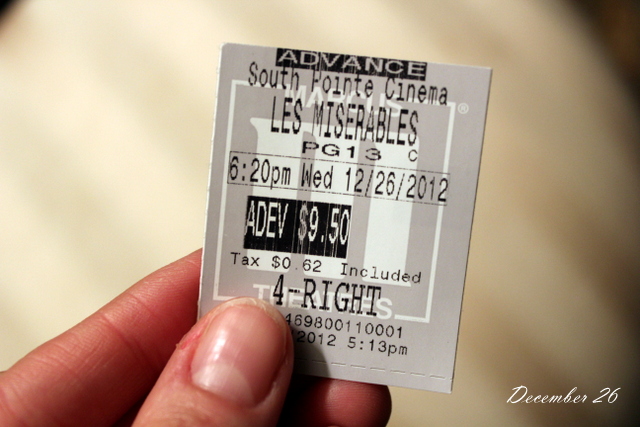 Movie night with my mom and friends!
LOVED LOVED LOVED this movie!
I've seen Les Mis twice on stage and it is fabulous.  However, the movie was able to flesh out scenes in a way that a stage just can't do.  Anne Hathaway was stunning as Fantine.  That sewer scene--YIKES!  The musical could never portray that in a realistic way.  I will forever love all the music.  I haven't seen every musical out there, but this one still remains my favorite. I hope the movie makes its way to Arapahoe--I will definitely take advantage of those $1 tickets and see it again. ;o)
~ 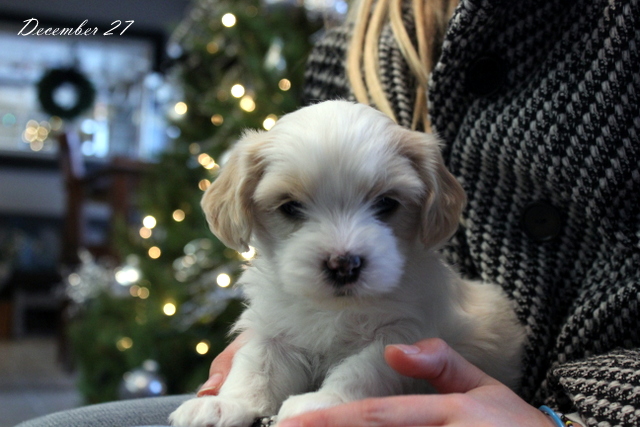 Before heading home for Arapahoe we stopped by to cuddle some friends' 4 week old Lhasa Poo puppies.  Oh goodness were they adorable!  I have no idea how they will be able to sell them when the time comes!
~ 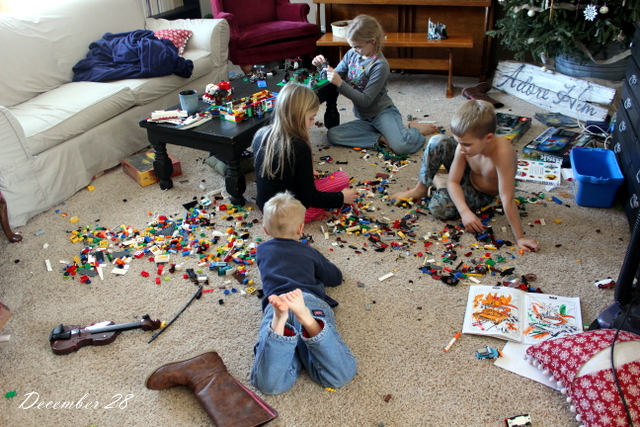 After a year of great health we brought back with us all sorts of "crud."  I spent most of the day in bed in abject misery (truly the worst I've felt since maybe brain surgery??).  Josh was able to feed the kids, but he wasn't feeling the greatest himself.  They kept themselves occupied though, as the living room will attest.
~ 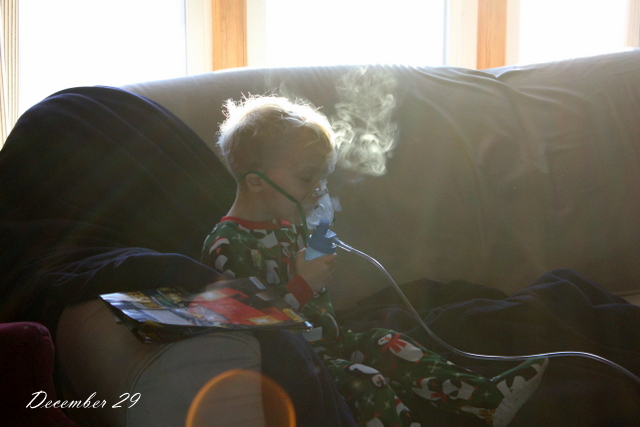 Breaking out the nebulizer again.  A solid 5/7 have fallen (Marissa and Emmett are the last two standing).  We're cocooning up for the remainder of the year. (And seriously, if the amount of soreness in my abs and back from coughing is any indication, I should be considerably "ripped" by the time this sickness runs its course . . . who needs Jillian??). ;o)

YAY for your mixer! I know you will just love it and wonder how you ever got along without it! ;) SO sorry to hear of the sickies and that poor pathetic picture of Owen with the nebulizer--poor little guy. Please post a picture of you being sick so I can gush with sympathy over you. :) The movie was great and a fun Christmas outing. Your Christmas Eve picture looks lovely!

hooray for the kitchen aid! can't wait to see all the goodies you can make now. ;)

Oh the sickness...Mommies should get a pass! Glad you're all back to rights. Hooray for a mixer and the movie was a fun, fun event!