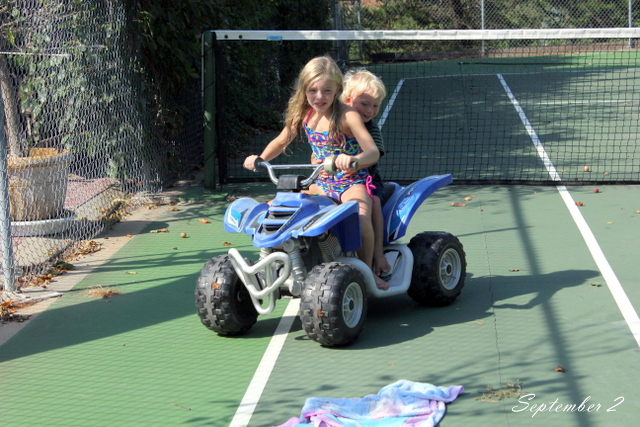 A few years ago Josh found this kid-sized 4-wheeler on Craigslist for free.  Supposedly, it didn't work, but Josh had a feeling it just needed a new battery and ordered one.  This past Sunday he finally got around to seeing if he was right.  So, it was a few years in the making, but the kids are quite excited to have their own set of wheels (that we are keeping at Grandpa and Grandma's house!). ;o)
~ 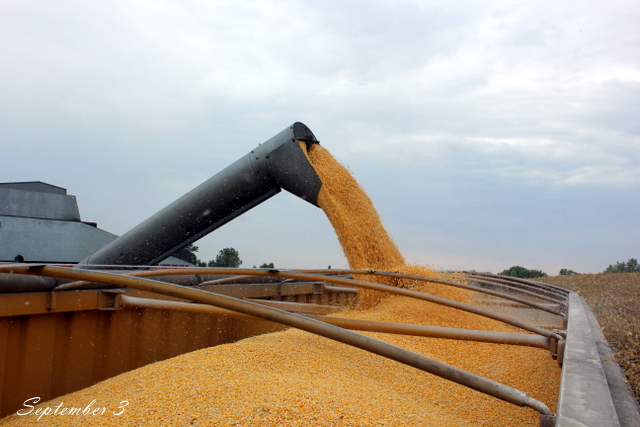 We stopped by my parents' on our way home to Arapahoe and did a bit of combine riding.  The majority of my dad's corn is dry-land, so this year's drought conditions definitely have affected the yields but at least there is corn. I know out here, many farmers haven't even messed with combining and everything has gone straight to silage.
~ 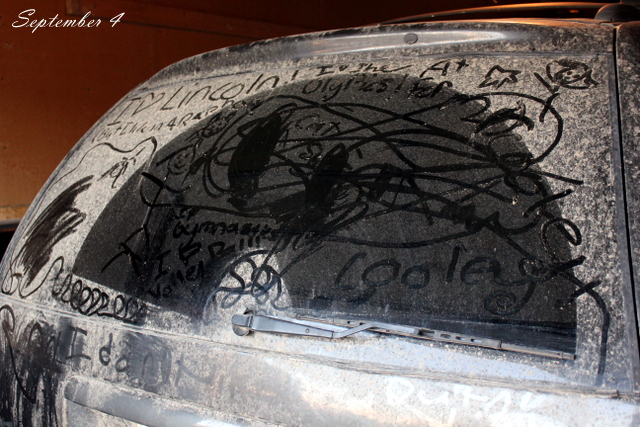 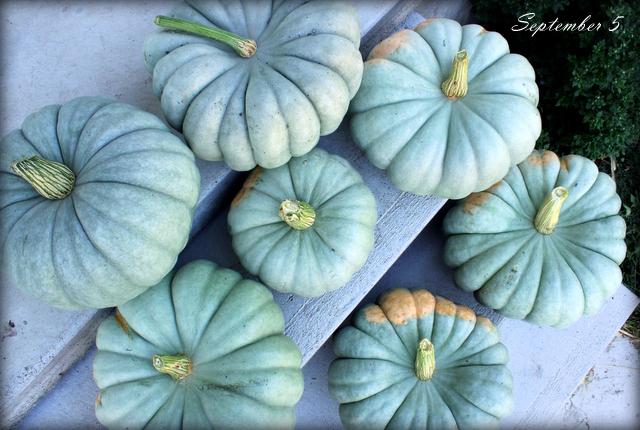 I picked all the Jarrahdale that are ready--11 pumpkins in the first picking!! I'm still awaiting my "Musquee . . ." ones to turn orange--maybe another week or two.  And if the frost holds off I should have some more ready sometime in October.
~ 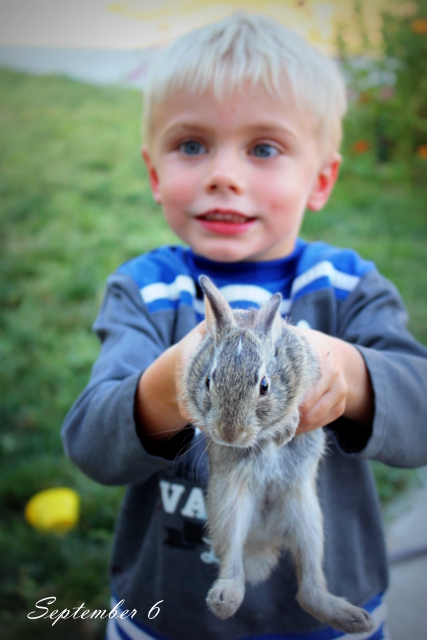 "Look Mommy, Sky caught me a bunny!" he says in this soft, sweet voice, carrying his rabbit captive up to the house. (Sky being the "sometimes" cat who has officially been gifted to us from the neighbors and bumped up to permanent cat).  He set the bunny down on the sidewalk, where it sat for a second or two, stunned, and then it streaked off, Emmett in hot pursuit.  He was soooooo sad.  He really wants a pet bunny--I told him I'd never allow a wild one anyway--but he's taken to following the cat around in hopes she'll snag him another.
~ 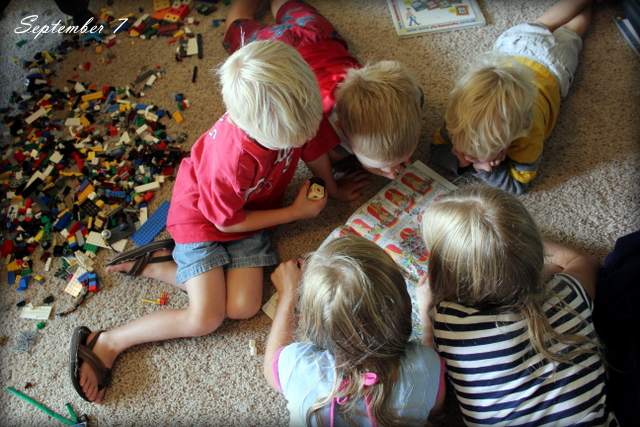 Five little blonde heads huddled around a book--warms my heart.
~ 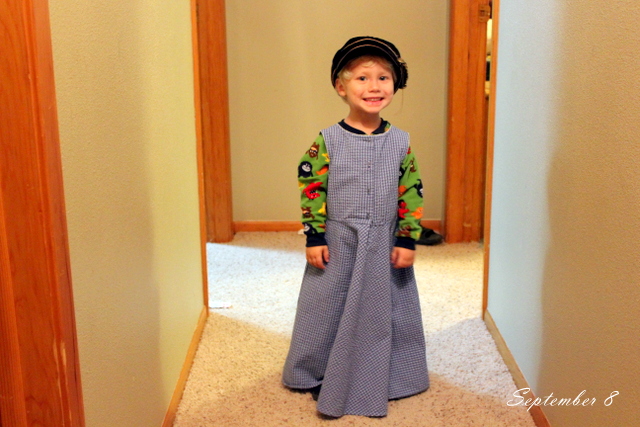 The girls were laying out their outfits for church the next day and Owen thought he'd pick one out for himself. That little smile of his cracks me up. ;o)

LOL on the last pic! I *LOVE* those beautiful pumpkins, the corn pic, and the van doodling...and yay for a kids' 4-wheeler--great score! :)