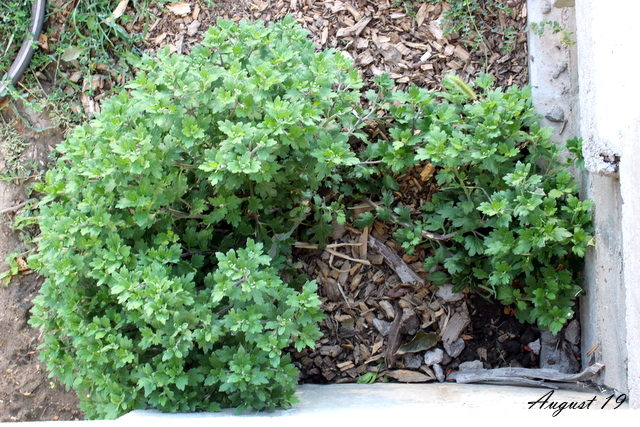 Remember the spindly little mums I had planted back in June?  Well this one had filled out beautifully . . . and then a certain toad found his way in, followed by a certain Emmett, dead-set on capturing the toad.  And now, well, a good portion of it is missing.  Perhaps I can stick a pumpkin in there and no one will be the wiser?
~ 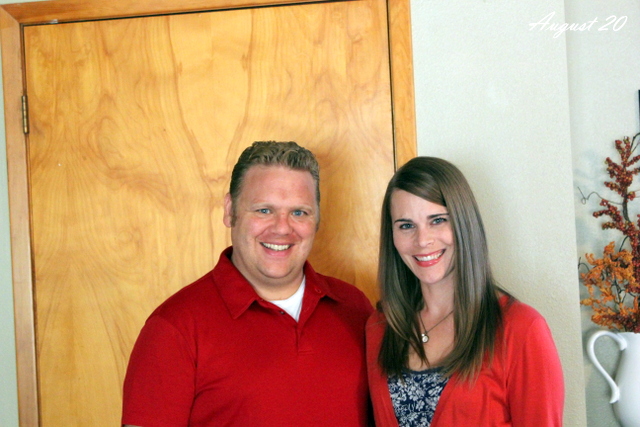 A momentous occasion . . . date-night!! Well, kind of.  It was the teachers' "kick-off" dinner at a restaurant downtown, so it wasn't like were were truly alone. ;o)  Josh and I haven't been out without kids in a year!  The coolest part about this evening though?  The GIRLS baby-sat!! We figured we were just a few minutes away if they needed us, and they did such an awesome job.  Josh and I were gone 2 hours--in that time they loaded and unloaded the dishwasher, browned hamburger meat and put it into containers to freeze, tidied the living room and their own room, and oversaw their brothers brushing teeth, prayed with them, sang a lullaby and tucked them into bed!  All three boys were sound asleep when Josh and I came home.  The girls were on the couch watching a completely appropriate show when we walked through the door.  We were so impressed!  It was definitely one of those awesome parenting moments when you are kind of like, "Wow, they are becoming responsible human beings!!" ;o)
~ 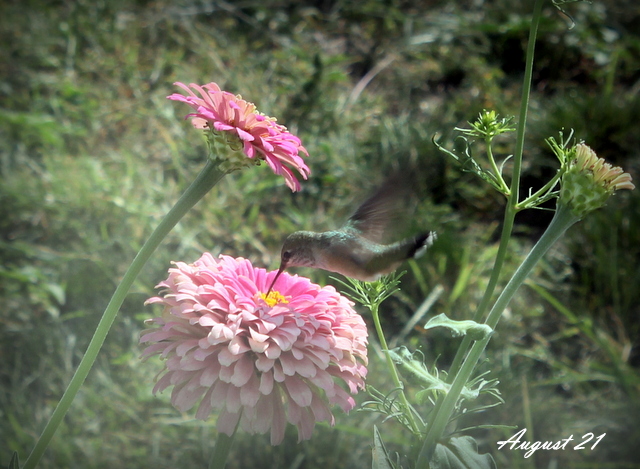 Hummingbird!!
They still haven't visited our feeder, but I captured this little guy through the glass out our front window.  Super cool!
~ 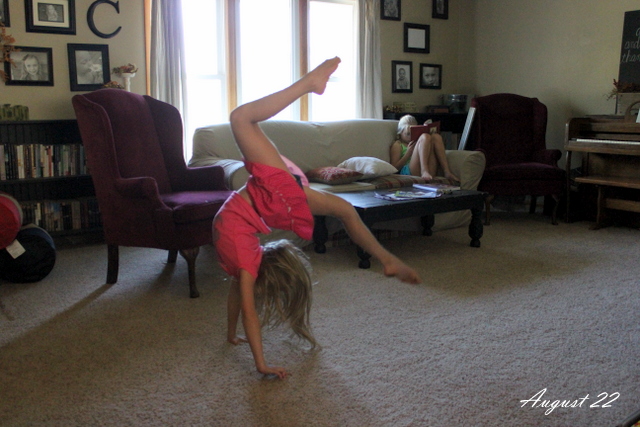 Ever since watching the Olympics girls' gymnastics Isabella has been honing her routine in the living room.  This picture is definitely a slice of real life . . . Marissa reading on the couch, Isabella turning cartwheels and flips. ;o)
~﻿ 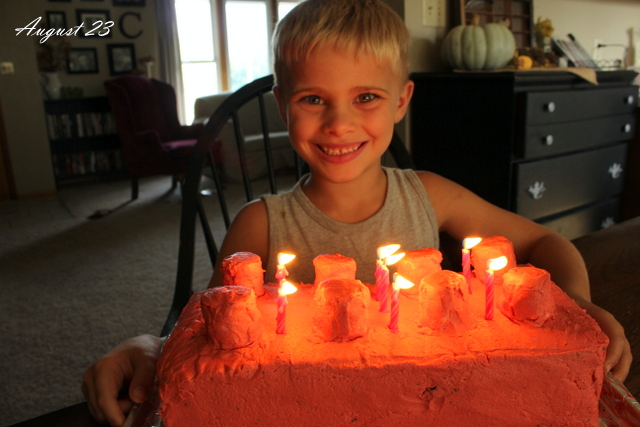 Jackson's much anticipated "Red Lego Cake."  If I'm being honest it looks more like a "Pink Pig's Udder" but he was still delighted with the result.  Really, me and theme cakes?  I like to think of myself as a kind of crafty person, but I've decided I REALLY lack cake decorating skills, and not even Pinterest can help. Perhaps some day I shall take a class . . .
~﻿ 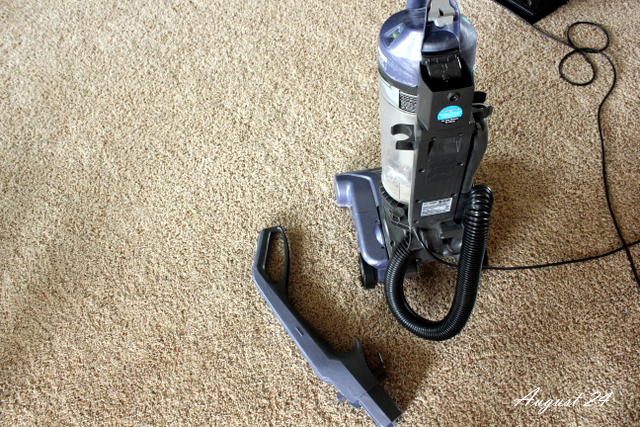 You know, I saw Owen with a screwdriver and assumed he was "pretending" to fix my vacuum.  Little did I know my little guy and his amazing small-motor skills had teamed up to remove a very important screw that held the handle on the vacuum.  The revelation dawned on me once I started vacuuming and the handle fell off.  Little stinker.
~ 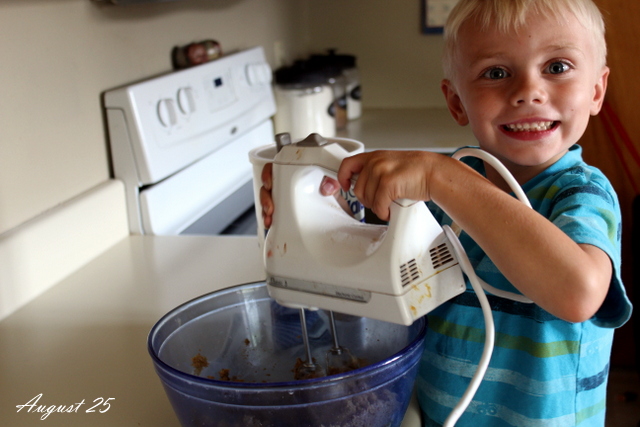 My little chef.  He hears the mixer and comes a'running, every single time.  I love this picture of him!
﻿

You guys look SOO cute for your date- I remember crossing that point where the oldest could finally babysit the littles...pretty weird feeling!

Ray is asking for a Zelda (Link) birthday cake next week, and I'm not too hopeful pinterest can help me with that, either!!! I know mine would be impressed with that giant lego- looks yummy as anything!

So glad date night went so well. You and Josh make a very cute couple!!! :-)

Love this posting!! Your hummingbird picture is jaw-dropping (looks like a magazine shot!). SO GLAD your date night went so well...I'd like to hire your amazing daughters for a week or two. ;) Love these shots you've captured of life at your house...and yes, I'm pretty sure a pumpkin could fix almost anything! :)

so excited for you to have "built in" baby sitters! and yes, a pumpkin would totally fix the mum situation. ;)

I am in awe of your girls---their ability to babysit and brown hamburger...not to mention Isabella's body contortion abilities. :) You looked *so* cute for your date night--red is definitely a good color on you!!

Hooray for the hummingbird picture! Hooray for date night too!