My supposedly orange packet of cosmos (they were a freebie from my mother-in-law) turned out to be lovely shades of purple!
Dark-- 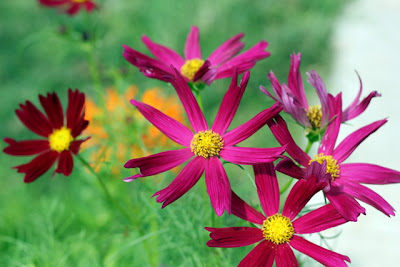 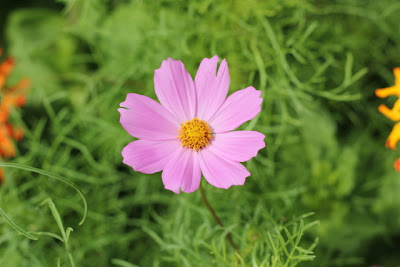 I'm officially a huge cosmos fan.  However, they are tall!  I shouldn't have mixed them with the zinnias but rather planted them behind.  You live, you learn. ;o)
~
A little sampler pack of baker's twine on wooden spools arrived in the mail.
Ever heard of veryjane?  It's kind of like a groupon for etsy-styled stores.
I've found a lot of neat little deals through them.
This would be one: 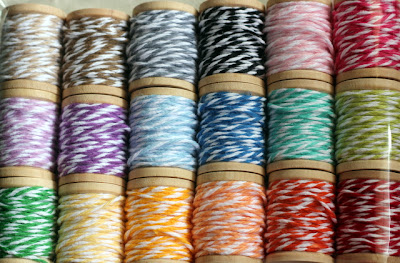 They're almost too cute to use.  I'm pretty sure I'll be a twine hoarder.
~
Now these aren't my "Best Brownies" but they are very good!
A Paula Deen "Chocolate-Caramel-Toffee Brownie" or something like that.
They're chewy, and dense, and awesome (and I even left off the caramel!). 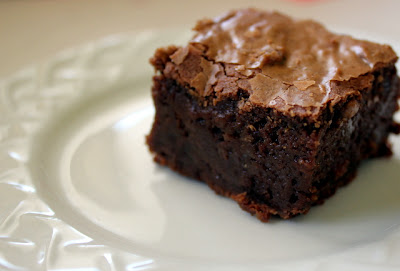 If you need the recipe let me know--I couldn't find a link anywhere.
~
The sunflowers began to bloom . . . 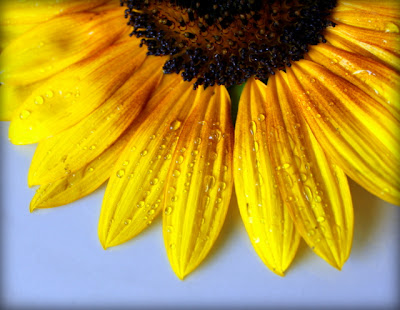 . . . and subsequently snap off (at least this one).
I love sunflowers.
~
And I was thinking, a coral zinnia in an aqua mason jar? 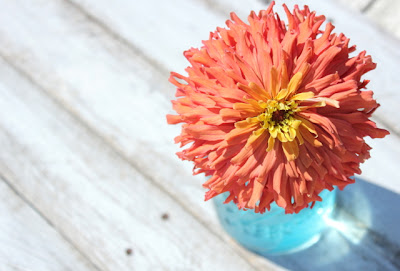 The twine! I suddenly have a need for colored twine, but I have no idea what to use it on. Packages maybe? I guess I could always just take pictures of it and admire it. :-)