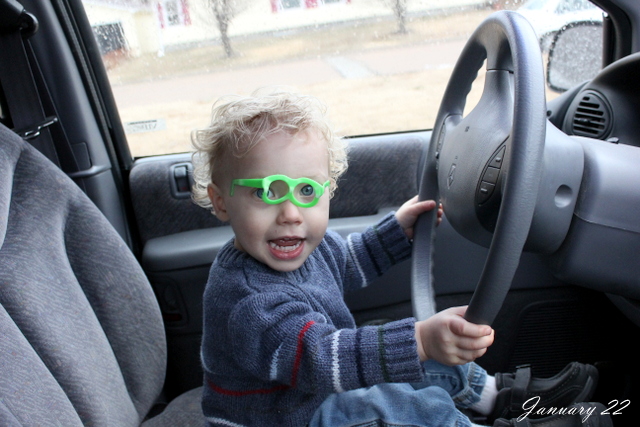 My driver.
I had Marissa take him out to the van, and a few minutes later, when I followed and opened up the passenger door, there he was in the driver's seat, wearing Potato Head glasses, and asking, "Are you ready Mommy?"
~ 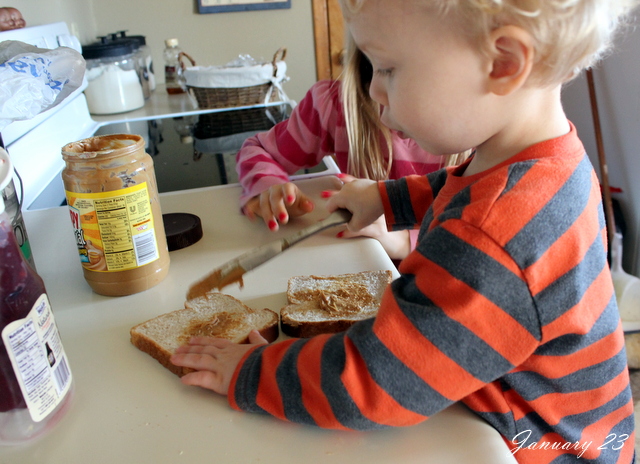 Owen insisting upon making his own peanut butter and jelly.
~ 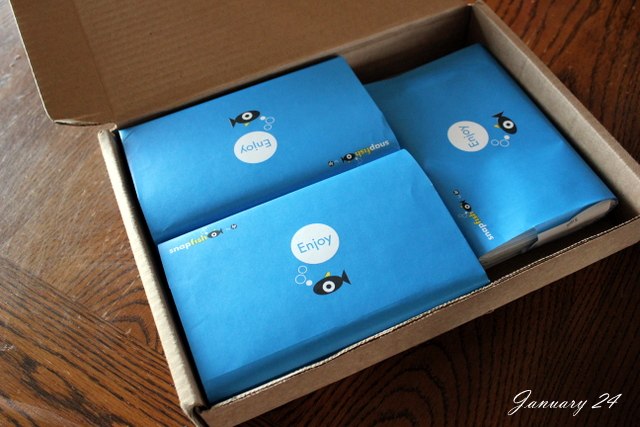 A good mail week overall, beginning with my Snapfish order of 454 4x6's (yay for penny prints!!).  I had to make a purchase of $10 to get this deal, so I ordered a few 8x10's and 5x7's.  Shipping was kind of expensive, but it all ended up to a really good deal.  These are ALL of 2011's pictures (at least all the ones I wanted printed out) and I'm hoping to get them into an album . . . step one of getting caught up on photos!!  My albums for last year and this year arrived in the mail also.  I'm just waiting for Amazon to restock the photo pages and I'll be all set.
~ 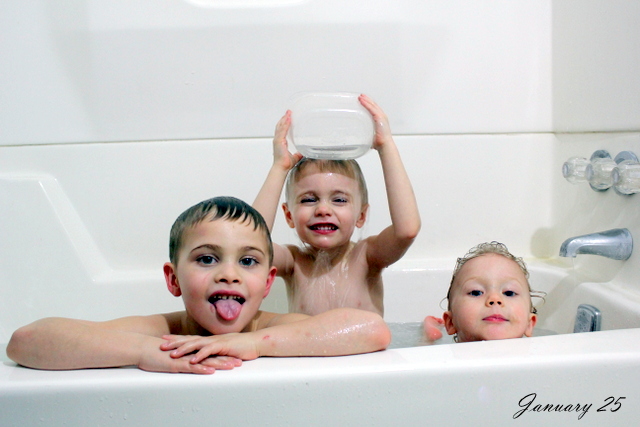 An accurate depiction of life right now
.  I was thinking that there are probably not that many more evenings of "rub a dub dub three boys in a tub" left.  One of these days Jackson is going to decide he's ready for a less crowded bathing experience.  One of these days my floor won't get flooded on a near-nightly basis . . .
~ 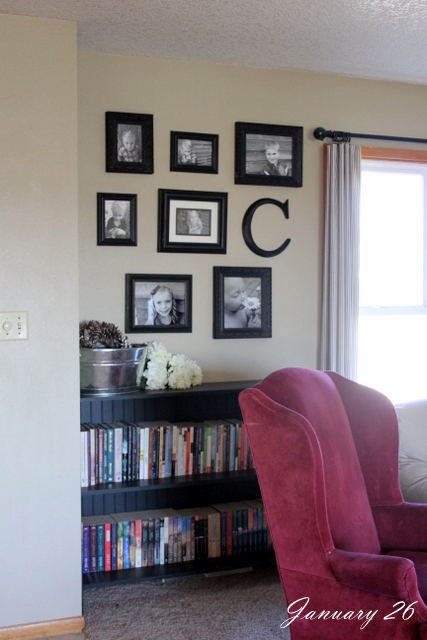 FINALLY! After years of loving gallery walls I took the plunge and began my own. Yes, I know there are tried and true methods for doing this, all of which I ignored and just "eye-balled" the whole thing (so if you think the spacing isn't quite right, you are probably correct). ;o)  But I'm happy with the results and excited to do another collection on the other side of the window.
~ 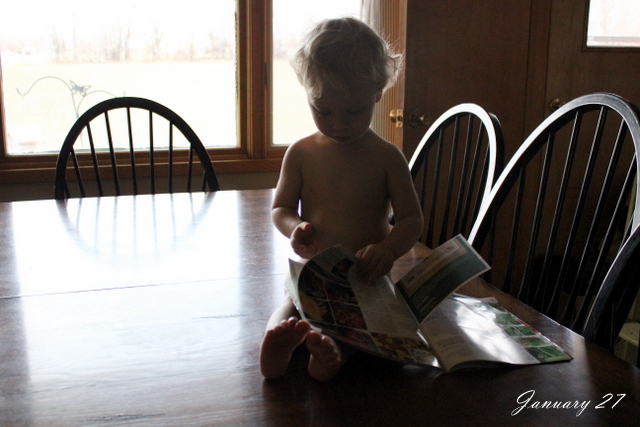 A little boy sitting in the shadows on my table reading a seed catalogue--what's not to love? ;o)
~ 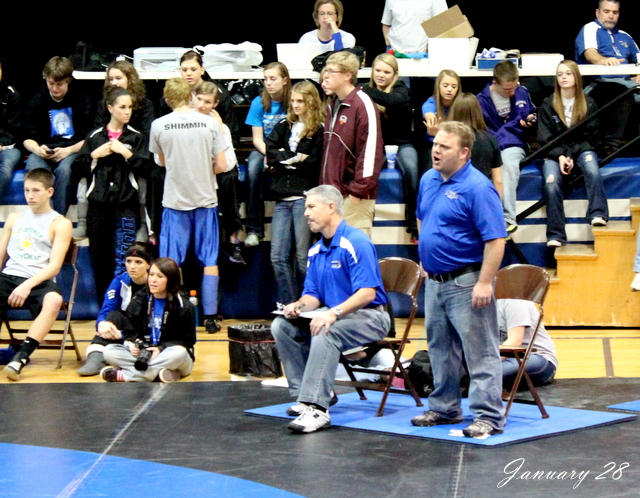 Josh doing his coaching thing.
Josh's parents arrived in town the day before (yay, company!!) and we all enjoyed watching the wrestlers (and coach) ;o) in action. The older four went back to the tournament with Grandpa and Grandma and I spent the afternoon home with a little boy who was SUPPOSED to be sleeping.  Oh, is he wired today!!  I'm certain he'll crash just as we're ready to head out for supper tonight--such is life. ;o)
Posted by Janna at 3:15 PM

Your Mr. Potato Head Chauffeur absolutely cracked me up! What a riot!! What is it about those little blue glasses that just screams out to a toddler "Wear me!!"

I'm loving your 'project 365' shots more and more..esp the potato head driver. And good shot of the wrestling coach in action. I'm working on a similar gallery wall...but have yet to fill my frames. Looking forward to the next week's shots! :)

I'm with Kathy, the gallery wall/corner looks great! Appears to be the perfect cozy spot to curl up with one of those books. :)

Potato Head glasses, the favorite thing in the whole set!